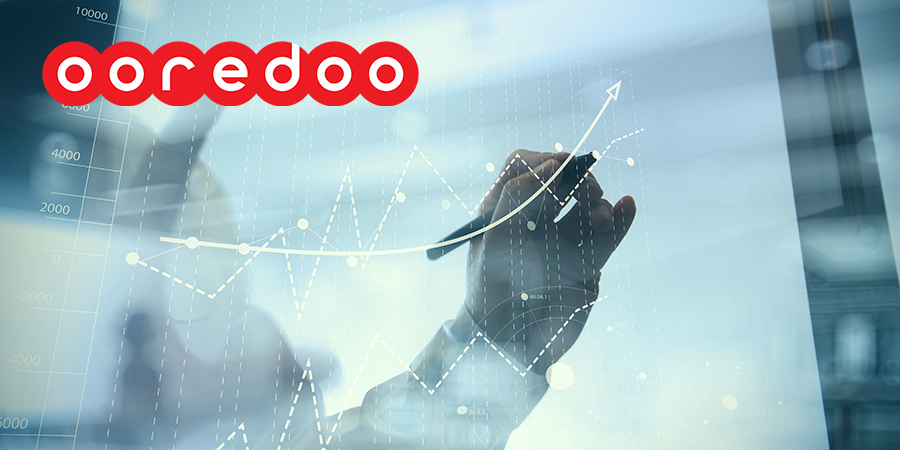 Due to the merger of Indosat Ooredoo and Hutchinson in Indonesia as of January 4, 2022, the accounting treatment of Ooredoo’s previous largest international operation has been changed. Indosat Ooredoo Hutchison (“IOH”) revenue, EBITDA, customers, and Capex are no longer consolidated, as the operation is now classified as a “joint venture company.”

Net Profit for the period increased by 241% to QR 659 million due to improved operational performances across all the Opcos and fewer forex losses in Myanmar. Excluding FX impact NP increased by 48%.

Consolidated customer base excluding Indosat Ooredoo stood at 55 million, driven by growth in Qatar, Kuwait, Iraq, and Palestine offset by a drop of customer numbers in Myanmar.

Commenting on the results, HE Sheikh Faisal Bin Thani Al Thani, chairman of Ooredoo, said, “Ooredoo Group delivered a healthy set of results during the first quarter of 2022 with revenues of QAR 5.5 billion. Despite the ongoing geopolitical instability globally, all Ooredoo operating companies have been growing revenue in local currency terms.”

He added, “Keeping our customers at the forefront, digital transformation and technology are driving forces behind Ooredoo Group’s quick response to changing market conditions. Additionally, we were selected as the Official Global Connectivity Services Provider for FIFA World Cup Qatar 2022, which is testament to our strong, innovative, and reliable network services that exceed global standards and best practice.”

Also commenting on the results, Aziz Aluthman Fakhroo, managing director and CEO of Ooredoo said, “Ooredoo Group delivered a strong set of results for the quarter ended 31 March 2022. Excluding Indosat Ooredoo, revenue and EBITDA increased by 4% and 1% respectively. We continue to see successful results from our transformation strategy, as demonstrated by our free cash flow of QAR 2 billion, which excluding Indosat Ooredoo increased by 8%.”

Operational review in the Middle East

All product lines saw stronger returns compared to Q1 2021. Overall mobile customer base increased by 7% year-on-year, while the Ooredoo tv customer base grew by 8%, driven by the popularity of Ooredoo tv’s triple play service and an expanded range of content providers.

Ooredoo Qatar signed an agreement with Qatar Environment and Energy Research Institute (QEERI), part of Hamad Bin Khalifa University (HBKU), to collaborate on the joint development of innovative smart solutions including indoor and outdoor air quality solutions during the period and was announced as the Internet of Things connectivity enabler for Toyota’s new Lexus connected car services in Qatar.

The company continued to invest in sponsorship during the period, hosting the popular Ooredoo Marathon and sponsoring Smart City Expo Doha 2022, the Ooredoo Qatar Major 2022 and the 2022 Camel Racing Festival.

Oman’s economy showed signs of recovery on the back of increasing oil prices coupled with the Omani government’s incentivisation programme for businesses, resulting in Ooredoo Oman’s growth for the first quarter of 2022.

The company reported revenues of QAR 613 million for the period, primarily driven by an increase in wholesale revenue on the back off its national roaming services agreement with a new market entrant, as well as increased device sales. EBITDA for the period increased 2% to QAR 321 million, supported by a healthy EBITDA margin of 52%.

Ooredoo Oman remains committed to its customers by introducing attractive products and offers to the market. As per a recent third-party network benchmarking report, Ooredoo Oman provides the best 4G services versus its competitors in both the ‘Excellent Consistency’ and ‘Core Consistency’ categories.

Kuwait continued to lift COVID-19 restrictions which positively impacted Ooredoo Kuwait’s revenue and margins for the first quarter of 2022.

The company reported 14% increase in revenue to QAR 693 million for the quarter ended 31 March 2022. EBITDA increased 17%, supporting an improved EBITDA margin of 29%.

The Company remains committed to its customers by introducing new and upgraded products to the market. During Q1, Ooredoo Kuwait launched the revamped ‘My Ooredoo App’ which tailors experiences based on the customer type and has an integrated payment gateway delivering debit and credit card tokenization to help facilitate seamless transactions. The app now has over 1.19 million monthly active users.

Additionally, the Company launched a new digital product, WANNA Marketplace, to deliver a unique and one-of-a-kind lifestyle experience to Gen Z customers in Kuwait. Ooredoo Kuwait was recognised for this commitment to its customers and was named the ‘Fastest 5G Network in Kuwait’ for 2021 at the Mobile World Congress in Barcelona by an independent research company.

Asiacell reported revenue of QAR 883 million during Q1 2022, an increase of 4%, compared to QAR 852 million in Q1 2021, which was primarily driven by data revenue growth and improving economic conditions. EBITDA increased by 1% with a decrease in EBITDA margin of 2% points driven by the increased energy cost.

In line with Asiacell’s commitment to providing best-in-class services, the Company extended its 4G coverage to 100% of its sites, upgraded the network with enhanced Data speed (4G+) and enhanced network resilience by introducing segmented routing in the transport network.