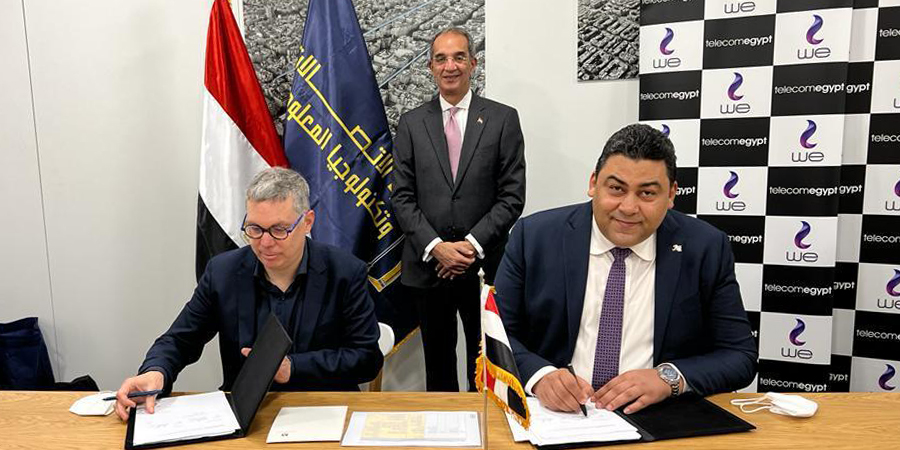 Barcelona, 2 March 2022: Telecom Egypt, Egypt’s first integrated telecom operator and one of the largest subsea cables operators in the region, and AFR-IX Telecom, a Barcelona-based infrastructure and telecom operator, signed a landing party agreement for the landing of the largest Mediterranean submarine cable system, Medusa, in Egypt. The agreement was signed during the Mobile World Congress 2022 in Barcelona by the Managing Director and CEO of Telecom Egypt, Mr. Adel Hamed and Norman Albi, CEO of AFR-IX Telecom and Medusa.

Medusa is an 8,760km long submarine cable system with 24 fiber pairs and a capacity of 20 Tbps per fiber pair that is planned to connect the northern and southern shores of the Mediterranean Sea. The cable will have 16 landing points in several Mediterranean countries, such as Portugal, Morocco, Spain, Algeria, France, Tunisia, Italy, Greece, and Egypt.

Telecom Egypt, as the partner-of-choice for major global submarine cable owners, is providing the international community with state-of-art infrastructure across Egypt and the globe to over 140 landing points in more than 60 countries. The company has invested extensively in its submarine cable infrastructure, which is the shortest and most reliable crossing path between Africa, Asia, and Europe. Additionally, Telecom Egypt is working on multiple layers of its infrastructure diversity, such as establishing new submarine landing stations and crossing routes as well as investing in new systems and solutions that cater for the rising global demand for international bandwidth.

Medusa is a new generation submarine cable and follows the open cable standard. As such, the project aims to respond to the current challenges of submarine connections, which are establishing new routes to diversify and decongest data traffic, gaining capacity with greater number of fibers per cable, and promoting open access to all European landing stations.

“We are pleased to introduce additional connectivity to Egypt through the Medusa submarine cable system, which will increase diversity in the Mediterranean basin. We believe this agreement will be the beginning of more upcoming collaborations with AFR-IX telecom.”

“The agreement with Telecom Egypt is key to the project as Egypt is an essential transit route for submarine cables due to its privileged position between Europe, Asia, and Africa. It is a very valuable connection to link East to West and North to South. With Medusa, we will also contribute to diversifying traditional routes such as those that land in Alexandria or Suez.”

AFR-IX telecom is a private Barcelona-based and European capital company.

Telecom Egypt is the first integrated telecom operator in Egypt providing all telecom services to its customers including fixed and mobile voice and data services. Telecom Egypt has a long history serving Egyptian customers for over 160 years maintaining a leadership position in the Egyptian telecom market by offering its enterprise and consumer customers the most advanced technology, reliable infrastructure solutions and the widest network of submarine cables.  Aside from its mobile operation "WE", the company owns a 45% stake in Vodafone Egypt. Telecom Egypt’s shares and GDRs (Ticker: ETEL.CA; TEEG.LN) are traded on The Egyptian Exchange and the London Stock Exchange. Please refer to Telecom Egypt’s full financial disclosure on ir.te.eg

Email: This email address is being protected from spambots. You need JavaScript enabled to view it. 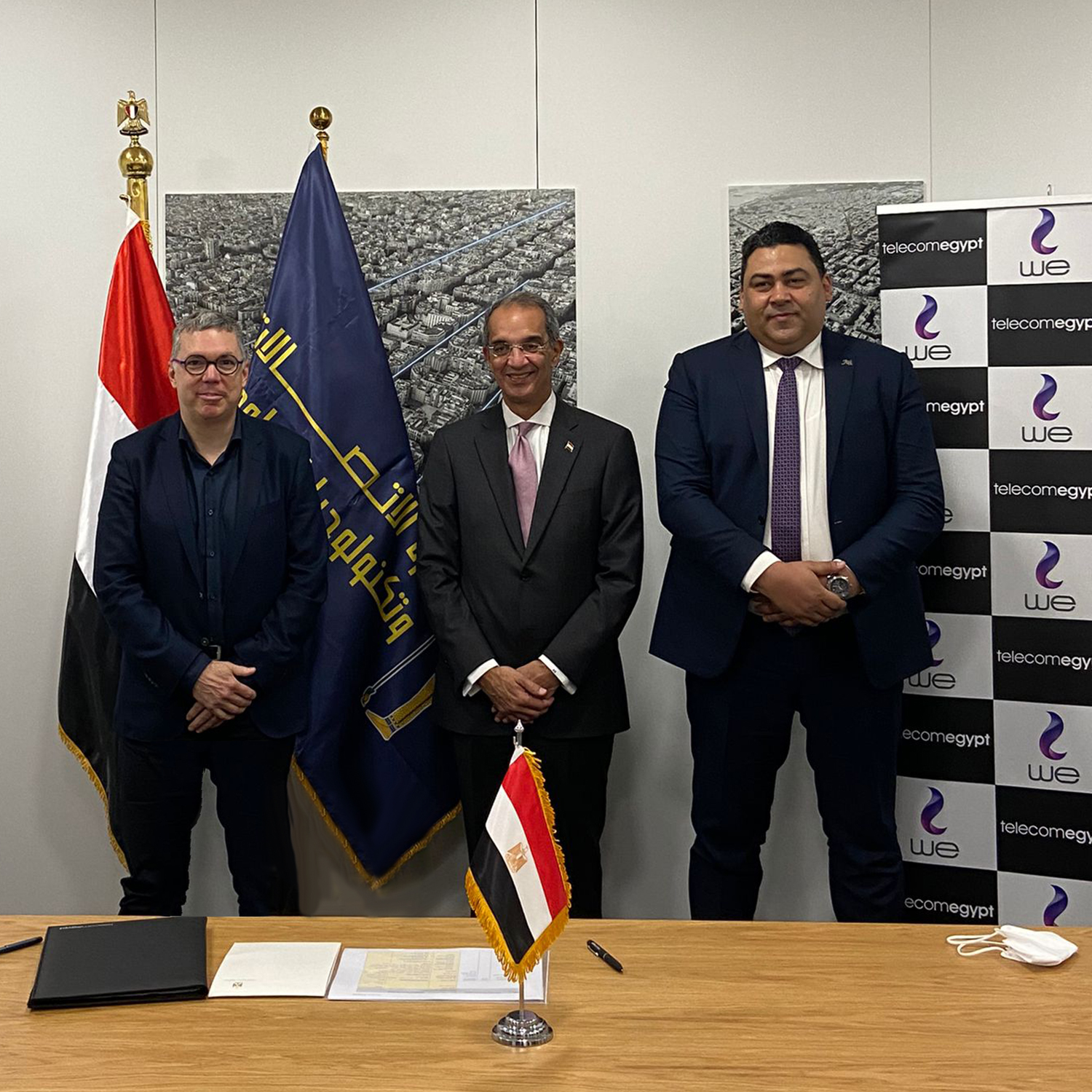