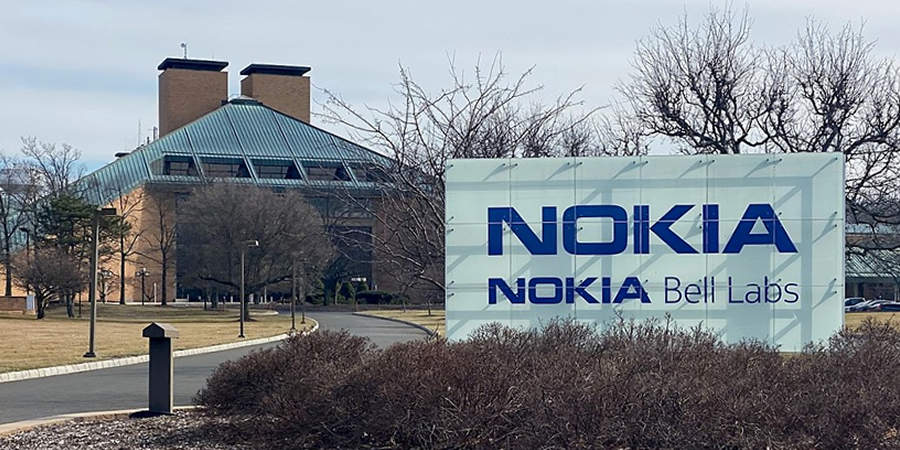 Nokia Bell Labs announced that its researchers have set the world record for the highest single carrier bit rate at 1.52 Terabits per second (Tbit/s) over 80 km of standard single mode fiber - the equivalent of simultaneously streaming 1.5 million YouTube videos – which is four times the market’s current state-of-the-art of approximately 400 Gigabits per second. This world record, along with other optical networking innovations announced recently, will further strengthen Nokia’s ability to develop networks for the 5G era that meet the ever-growing data, capacity and latency demands of industrial Internet of Things and consumer applications.

Marcus Weldon, Nokia CTO and president of Nokia Bell Labs, said, “It has been fifty years since the inventions of the low-loss fiber and the associated optics. From the original 45 Megabit-per-second systems to more than 1 Terabit-per-second systems of today – a more than 20,000-fold increase in 40 years – to create the fundamental underpinning of the internet and the digital societies as we know it. The role of Nokia Bell Labs has always been to push the envelope and redefine the limits of what’s possible. Our latest world records in optical research are yet another proof point that we are inventing even faster and more robust networks that will underpin the next industrial revolution.”

The highest single-carrier bit rate at 1.52 Terabits per second was set by a Nokia Bell Labs optical research team led by Fred Buchali. This record was established by employing a new 128 Gigasample/second converter enabling the generation of signals at 128 Gbaud symbol rate and information rates of the individual symbols beyond 6.0 bits/symbol/polarization. This accomplishment breaks the team’s own record of 1.3 Tbit/s set in September 2019 while supporting Nokia’s record-breaking field trial with Etisalat.

In addition to these world records, Nokia Bell Labs researchers have also recently achieved significant achievements in optical communications, including:

The researchers that achieved the world record and research results are part of Nokia Bell Labs’ Smart Optical Fabric & Devices Research Lab, which designs and builds the future of optical communications systems, pushing the state-of-the-art in physics, materials science, math, software and optics to create new networks that adapt to changing conditions and go far beyond today’s limitations.