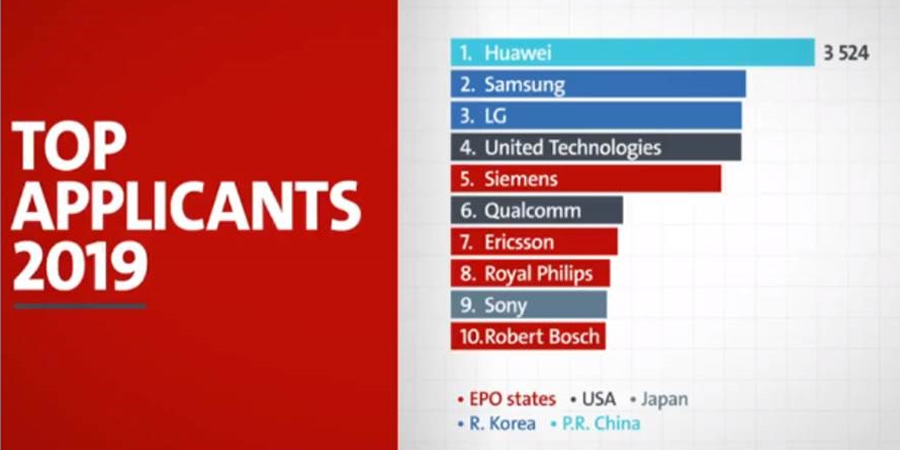 Leading global provider of information and communications technology (ICT) infrastructure and smart devices, Huawei, filed more patent applications in Europe than any other company last year, according to a new report by the European Patent Office, thus pioneering the development of solutions to support digital transformation worldwide.

Of its patent applications, around two thirds of those were in the field of digital communications, including the development of 5G technology. Huawei has already been leading 5G expansion globally, now focusing on vertical industry, ecosystem, and 5G talent development in 2020.

Earlier this year, the European Union issued a set of guidelines, referred to as the “5G toolbox”, that allowed Huawei to continue participating in Europe’s 5G roll out despite pressure from the current US administration.

It becomes clear why Huawei expressed so self-confident through the founder and many other executives against the sanctions of the US government, which Huawei put on the black list, the Chinese were cut off by many suppliers. The company invested heavily in its own development and research in order to become more independent of supply chains.