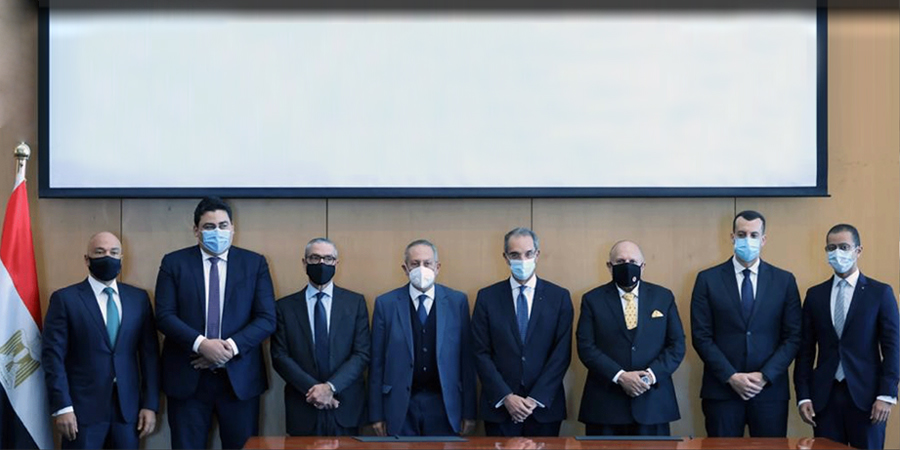 The Minister of Communications and Information Technology Amr Talaat has witnessed the signing of three agreements between the National Telecom Regulatory Authority (NTRA), Vodafone Egypt, Telecom Egypt and Etisalat Misr, for allocating new frequencies in the 2600 MHz band, after completing the organizational procedures to reach the optimal frequency allocation, to leverage these frequencies and improve service quality.

The ICT Minister stated that the agreements represent a major step toward boosting the efficiency of the ICT infrastructure. He said that in early 2020, the Ministry of Communications and Information Technology (MCIT) embarked on a one-year project, with investments amounting to EGP 30 billion, to support the ICT infrastructure.

The project helped enhance the infrastructure’s resilience in the face of the challenges imposed by COVID-19 that put so much pressure on the Internet traffic and increased peak times to 15 hours a day, said Talaat, adding that the infrastructure contributed to the success of distance learning and the online exams of the first grade of the secondary school.

Talaat thanked everyone who played a role in concluding the USD 1.170 billion agreements, and commended the efforts exerted by the Signal Department of the Armed Forces, NTRA board and staff members, and the employees at MCIT and at the three Mobile Network Operators (MNOs). He underlined that work continues for developing the ICT infrastructure and improving the telecommunication and Internet services provided to citizens.

The agreements come as part of the tender launched by NTRA for allocating 2×40 MHz frequency spectra in the 2600 MHz band, based on the time-division duplexing (TDD) technology, to MNOs in Egypt. By virtue of the tender, Vodafone Egypt acquired 40 MHz and Etisalat Misr 20 MHz, for nearly USD 1.170 billion.

Moreover, as part of the comprehensive plan for improving the quality of telecommunication services, including voice and data, in Egypt, new standards were developed under the signed agreements in line with the highest international standards.

The agreements will encourage MNOs to make new investments to develop the mobile network infrastructure and raise its efficiency. This will help improve the quality of telecommunication services and enhance the network’s resilience for providing future ICT services, in line with the international quality standards and the national strategy for furthering digital transformation.