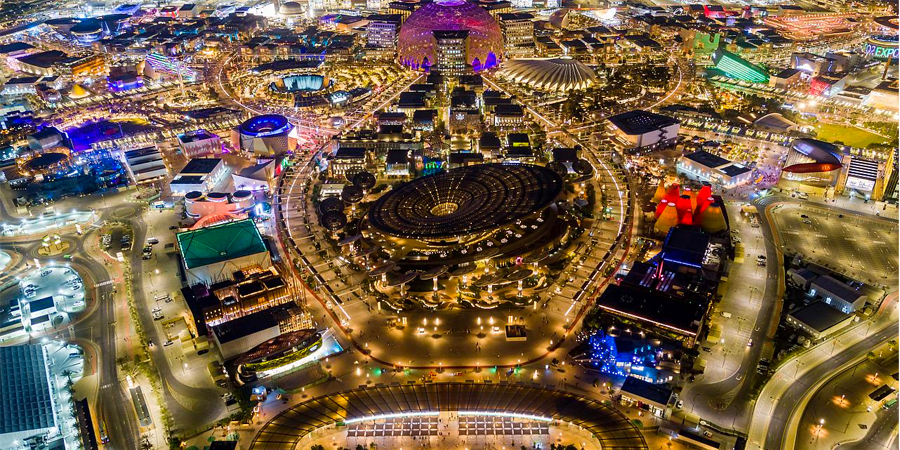 Expo 2020 Dubai featured 192 countries on the ground and showcased culture and innovation at the best, successfully becoming the first major commercial customer in the Middle East, Africa, and South Asia (MEASA) region to access 5G services and achieving the feat of being the world’s fastest event.

According to Doug Suttles, CEO and Founder of Ookla, “The speeds delivered on the Expo 2020 network are truly impressive – the fastest we’ve seen on 5G using mid-band spectrum, and testament to the work of Etisalat’s network build and the vision of the Expo 2020 team.”

To ensure 5G and the widest network connectivity, the Expo 2020 Dubai site has more than 700 km of highly resilient and multi-redundant fiber network, which is 4 times the distance between Dubai and Abu Dhabi.

EXPO 2020 represented an opportunity for both Etisalat and du to showcase the performance of their 5G networks on a global stage. Back in November 2018, UAE’s Telecommunications and Digital Government Regulatory Authority (TDRA) allocated 100 MHz of spectrum in the C-band to both operators, enabling them to roll out 5G networks.

Due to this early allocation of the 5G spectrum, and a favorable investment climate, UAE once again ranked first in Ookla’s Speedtest Global Index, top among the four GCC countries who made it to the list of leading mobile speeds around the world.

Etisalat and du have recorded impressive median 5G network speeds in EXPO 2020 Dubai, with Etisalat’s median speed of 1.10 Gbps helping drive the event on its position as the fastest event on record. As per Ookla, the median upload performance between the two operators was concluded at 105.09 Mbps for Etisalat and 91.79 Mbps for du.

“By embracing innovation in all its forms, we aim to create a permanent, digitally-enabled environment in which the companies of tomorrow can thrive,” Mohammed Al Hashmi, Chief Innovation Technology Officer at Expo 2020 Dubai, commented in a previous Telecom Review interview.