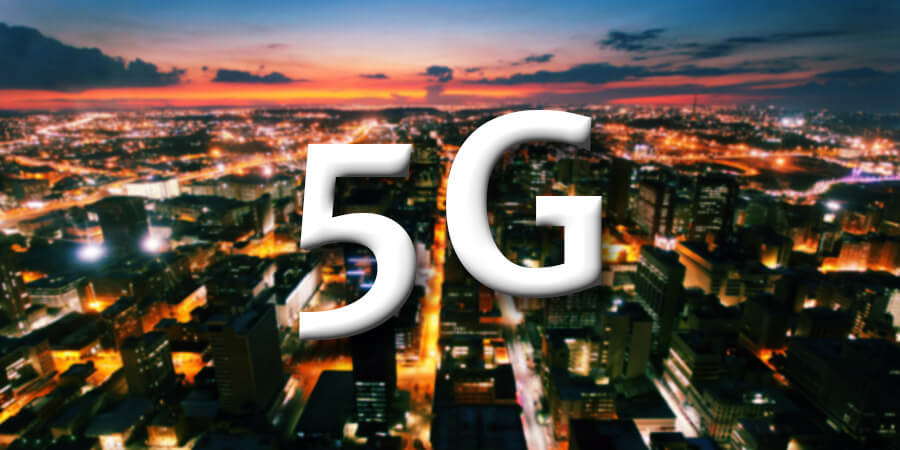 Globally, and in South Africa, 5G is a vital foundation for key digital platform ecosystems that will drive the fourth industrial revolution in the country. Mobile network operators such as MTN, Vodacom, Rain and Telkom have already deployed 5G networks, and this step is done to meet South Africa’s significant growth in traffic for broadband services.

At the early stages of 5G network deployment and to address South Africa's bandwidth deficiency, the currently assigned bandwidth is set to be increased by more than 300 MHz through the recent auction facilitated by ICASA. The licensing is a testimony of the South African government’s determination in supporting 5G development.

In MyBroadband’s Q1 2022 speed data test report, based on over 300,000 speed tests, the average speeds that users get from the network equipment vendors are detected. Among the mobile operators, MTN was ranked first in its mobile network performance, confirming its leading position in South Africa. The report also revealed equipment performance by different vendors, where Huawei came first with a leading 4G/5G network speed 30% to 70% faster than its competitors.

As operators continue to compete for better network experience, an increase in network scalability and efficiency is anticipated.

South Africa’s regulators completed an auction of the spectrums in 700MHz, 800MHz, 2.6GHz and 3.5GHz frequency bands for 5G services in March of this year, which attracted active participation of all operators. According to the auction terms, operators need to achieve the population coverage of up to 80% to 97% within five years. These spectrums will help South Africa’s operators expand the coverage of 5G network as well as increase its capacity and speed.

“This is a significant milestone, not only for MTN and the telecoms industry at large, but also for South Africa’s digital future. Spectrum is the lifeblood of our industry and is key to reliable and extensive connectivity for our customers across the country,” said one of MTN’s top executives in a statement. “MTN will use the spectrum to expand 5G connectivity … while also further enhancing rural, peri-urban and urban network coverage.”

In a similar context, one of Vodacom Group’s top executives anticipates the licensing of a new spectrum in South Africa to accelerate post-pandemic economic recovery and fast-track digital inclusion. He viewed the outcome of the auction as “a win for all of their customers, who can in the coming years benefit from even wider coverage, faster speeds, and enhanced network quality.” He also added that the immediate focus of the company is on the deployment of the valuable spectrum to extend both 4G and 5G network coverage to more parts of the country and improve the quality of service.

The international mobile telecommunications (IMT) 700, 800, 2600, and 3500 bands complement each other in fulfilling the requirements for capacity and coverage, making them suitable for rural and urban areas and bridging the digital divide.

5G brings about the digital transformation in industry

Amid the fourth industrial revolutions and the economic recovery of South Africa, the licensing of additional bands facilitates the use of networks, especially where 5G serves its purpose to keep bringing about digital transformation in industry. An illustrative example could be the rise of smart mining. In South Africa, Miniandante Mining and Minetec Smart Mining have signed a MOU with MTN Business and Huawei Technologies SA to leverage their world-class network and systems, in the hope of enhancing efficiency and reducing security risks.

While in Telkom’s case of a 5G livestream of African penguins, the network advancement is seen to be bringing values to environmental conservation, if not the tourism sector. Hosted on the Telkom’s 5G temporary network with the support of Huawei’s technology, the livestream allows the conservationists to monitor the colony of this endangered species, while serving as an immersive experience for foreign tourists. The deployment of 5G is believed to boost the development in the post-pandemic era and lead Africa’s digitalization progress.

Back in May 2010, ICASA has already initiated the process of developing the high-demand radio frequency spectrum licensing framework regulations. What is more, the Authority has published the draft national radio frequency plan 2021 (NRFP) stating provisions for the incorporation of globally harmonized low-mid-high frequency bands identified for IMT-2020 for the deployment of 5G networks.

Having said that, the issuance of licensing in the recently-concluded HDS spectrum auction includes several obligations for using broadband. For the uplink and throughput obligations, a minimum downlink single-user, particularly in Batch 3 classified municipalities is needed for all national wholesalers awarded the IMT-700 and/or IMT800 spectrum band(s) within five years of license issue or from the date the digital migration process is completed.

It is expected that the allocation of the 5G spectrum, and a quality network experience will accelerate 5G development and create social value, which will result in the rapid adoption of 5G within the potential-rich market.