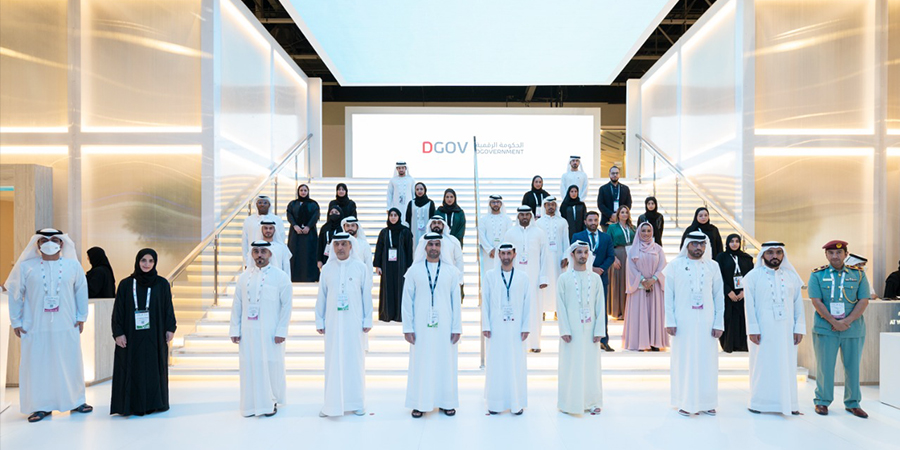 The Telecommunications and Digital Government Regulatory Authority (TDRA) concluded its participation in GITEX Technology Week 2021, by honoring its strategic partners in the digital government stand at the Dubai World Trade Center.

H.E. Eng. Majed Sultan Al Mesmar, TDRA director general, thanked TDRA’s partners and visitors who made this year’s DGOV stand a lively forum for those interested in the future of digital transformation in the UAE, the region and the world. He said, “Today, as we conclude our participation in GITEX Technology Week 2021, we thank our partners in government entities who embodied the spirit of one team in their quest to implement the directives of our wise leadership, to achieve a whole and integrated digital government. We also thank our partners in the private sector who have played their role and expressed their willingness to make further efforts during the coming period, in a spirit of collaboration and cooperation between the various sectors. I also thank the visitors who honored us by visiting the stand and discussing the future projects and initiatives with the exhibitors.”

He said that TDRA was proud of the UAE’s great achievements and progress in adopting the latest technologies, strategies and initiatives and leveraging them in the service of all members of society.

The projects showcased by TDRA during GITEX 2021 represented a new set of contributions to enhancing the digital lifestyle in the UAE, and in support of the transition toward a technology based future supported by artificial intelligence and smart city, as well as the development of a mechanism for dealing with modern technologies to serve humanity and daily human life needs.

TDRA highlighted the progress, figures and statistics related to UAE Pass, digital signature, digital vault, and other innovative initiatives, as it reported that the total number of individuals registered in the UAE Pass project has reached 2.2 million people so far, indicating that the number of government entities participating in the identity is 150, while the number of services affiliated to government and private entities supported by UAE Pass, has reached 7000 services.

TDRA also announced the launch of a digital verification platform that allows immediate verification of your "trusted digital document." The new platform verifies the document's authenticity, integrity and validity from the official source.

TDRA showcased the full journey of its Virtual Digital Academy, covering the trainee's journey from childhood to adulthood, including initiatives such as the summer camp, Betha, and the Future Digital Leader Program, all of which aim to develop the skills of the future generation and support them with essential digital skills.

TDRA highlighted the funding services provided by ICT Fund to companies, institutions and individuals to enable the development of innovative and knowledge capital for the ICT sector in the UAE through applied and basic research, education and entrepreneurship.

In an effort to achieve the greatest possible benefit from this global forum, TDRA broadcasted live on its stand a daily news report, prepared and presented by TDRA’s employees. The report addressed the key initiatives, events and meetings held by TDRA during GITEX Technology Week 2021.