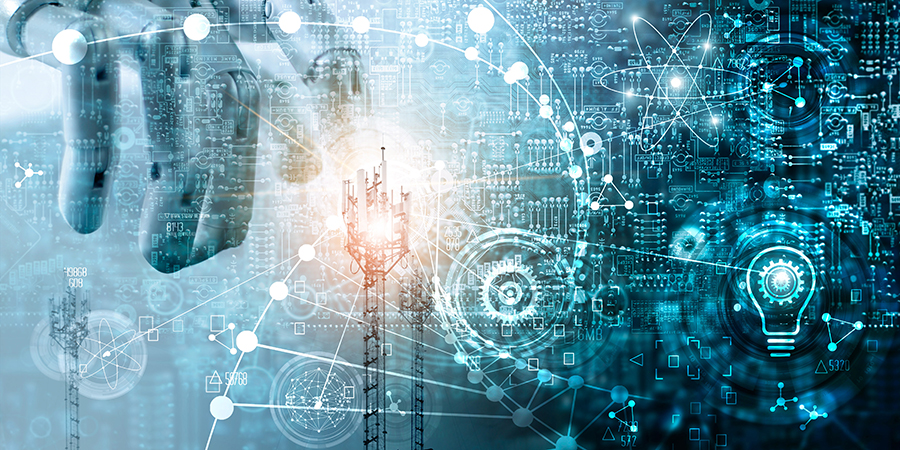 The global pandemic has caused significant disruption to the global economy, leading to hundreds and thousands of deaths, millions of cases and a significant amount of the population on lockdown.

While the world economy struggles to combat the unprecedented scale of the pandemic, the robotics industry is well-positioned to accelerate its deployments by enabling both corporations and governments to tackle the crisis.

The first deployments of robots related to COVID-19 were small-scale use of mobile robots for disinfecting medical facilities in Wuhan. Then, autonomous vehicles were used to deliver supplies and discharge hydrogen peroxide to decontaminate public places.

As the crisis became more widespread, these applications have been extended to include security, monitoring, as well as material handling and delivery within and around major hospitals.

These examples represent but a fraction of the value of robotics in dealing with the immediate public health response to COVID-19. As new information is learned about the spread of the virus, robots are essential for carrying-out tasks instead of humans in high-risk areas.

One of the more popular applications has been deploying mobile robots with UV light to disinfect facilities. A Danish company, UVD Robots, has shipped hundreds of its ultraviolet light disinfection robots to Chinese and European hospitals during the pandemic.

At the end of 2019, UVD projected a 2020 growth rate of 400%, but the company has already hit 5x that. In February, the company sold more robots in a single day than it had during its first full year of commercial viability.

Retailers are also using automated cleaners 13% now than they were two months ago. Autonomous floor care robots do hours of daily work that would otherwise have to be done by human employees and put them at risk.

While disinfection and decontamination robots have seen their value vindicated directly by COVID-19, the use of autonomous robots for scrubbing and vacuuming commercial spaces has been evident for years.

This virus, however, has created a heightened need for retailers to automate their cleaning operations, as labor supply comes under stress and more compliance data are needed to ensure cleanliness during the pandemic.

The robot uses intelligent pulse disinfection and nature navigation AI technology to automatically plan its path and judge the disinfection time required within the environment. Its radar vision and ultrasonic obstacle avoidance allows it to move freely around the space without colliding.

The Robot’s UV-C lamps, which can work up to 8000 hours, disinfect and kill bacteria effectively and safely. The infrared system can recognize when a human is within reach and automatically shuts the lamp down, and when the battery level energy is low, it will automatically go back to its station and charge.

Omar Chappuis, CEO of Sanitizexperts, said, “The Automated UVC Robot is an exciting development against COVID-19, which we’re very excited to introduce to the UAE. Whether in a hospital, airport, mall, home or the office, the robot will ensure that bacteria are eliminated, allowing for clean, safe living.”

Another use case is material handling and contactless delivery - a highly sought-after service under mandates of social distancing.

China’s Pudu Technology is using mobile robots to deliver medical supplies and food to patients within hospitals. This will likely be tested outside of China, with mobile robot developers Aethon and Savioke well-placed to see an uptake in robot shipments for indoor logistics in medical facilities.

The coronavirus outbreak may have limited business for many companies, but if you happened to be able to offer robots for delivery service like Starship Technologies could, business is booming.

Starship Technologies is one of the more famous robot startups with more than 500 robot delivery vehicles. Although Starship’s bots were in operation for years, the company is experiencing a surge of interest by many companies, including restaurants, grocery stores, and other delivery service companies as human delivery personnel either get ill or fear getting infected by the coronavirus.

These bots have already completed 100,000 autonomous deliveries and traveled more than 500,000 miles. It is now being used to deliver goods to the UK National Health Service (NHS).

While autonomous delivery robots were already in use in some urban areas, airports, universities, hotels and large corporate campuses prior to the pandemic, demand for them is expanding exponentially since they couldn’t be infected with the novel coronavirus as human delivery drivers could.

It’s just a matter of time before delivery bots will become the new normal in most of our cities. Amazon completed a successful test run in Washington and then launched in Southern California in 2019 to use autonomous robots to complete the “last mile” of the delivery process, from the company's local storage hub to the recipient's address.

Robots can also work in very hostile environments, providing security and protection. As an example, doctors and nurses at a hospital in Italy, overwhelmed with severe cases of COVID-19, got an assist from a “team” of unconventional nurses. They don’t need masks or protective gear and hardly ever need a break (outside of a quick recharge).

That’s because this team is made up of robotic nurses. The six robots constantly monitor ICU patients on ventilators at the northern Italy hospital, measuring oxygen levels and blood pressure. They freed up time — as well as safety masks and other personal protective equipment — for human doctors and nurses to focus their time and energy on more critical cases, while also limiting exposure to infected patients.

In China’s Hubei province, CloudMinds has deployed a handful of mobile robots to measure people’s temperatures on entering buildings. Drones have also been deployed with loudspeakers to enforce curfews and surveil areas for security purposes. This represents a big opportunity for aerospace and drone companies to increase sales to government agencies.

After the outbreak is controlled, we won't go back to normal, but will settle into a new normal. That new normal will likely have autonomous delivery robots in our workplaces, public spaces and on our streets.