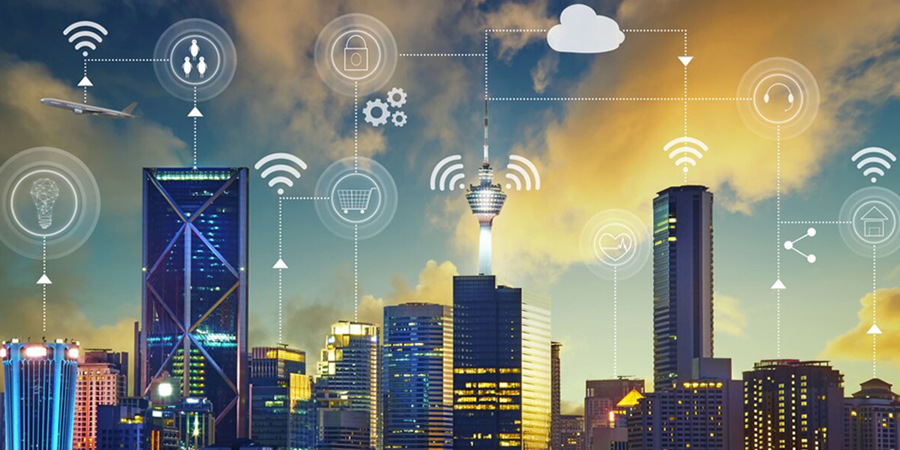 Cisco celebrates 20 years of the commercial use of Wi-Fi, which has revolutionized how people communicate.

Since the debut of wireless networks, businesses have been able to scale-up and expand their reach with greater speed, efficiency and reliability.

Offering unprecedented freedom, lower costs and new possibilities for both individuals and businesses alike, Cisco looks back at two decades of Wi-Fi’s impact on the way the world interacts.

30th September marked the 20th anniversary of the announcement of the IEEE wireless standard 802.11b. This was the first 802.11 standard to be released under the name ‘Wi-Fi’, and was a commercial success, adopted by a number of major hardware vendors.

All products with the familiar “yin-yang” style Wi-Fi logo have a certificate issued by The Wireless Ethernet Compatibility Alliance, which in 2002 changed its name to the Wi-Fi Alliance. The Wi-Fi mark guarantees compatibility between different Wi-Fi-enabled devices, including backwards compatibility.

Networking manufacturers have also done a lot to improve the compatibility and performance of Wi-Fi. Launched as early as 2002, the Cisco Compatible eXtensions free license program allowed Wi-Fi products offered by other vendors to work with Cisco wireless networks while maintaining a high level of security.

"Users always expect high performance. However, Wi-Fi signal can be blocked and distorted by objects and architectural elements. Radio planning is still an indispensable element of Wi-Fi network implementation, and mechanisms such as Cisco CleanAir support network architects and make the process much more flexible and effective. For 20 years we have learned that the environments often change. That’s why we need tools to support work also in difficult topologies, where it may not be possible to move the obstacle and moving the access point is not an option,” said Osama Al-Zoubi, Chief Technology Officer (CTO) Middle East and Africa, Cisco.

For many Internet users wireless network access is viewed as a fundamental utility like water or electricity. Most of us cannot imagine life without Wi-Fi.

According to UAE Internet users who took part in Cisco’s survey on the occasion of the 30th anniversary of the World Wide Web, 72% of respondents said that the number one thing the Internet has made possible for them is to keep in touch with family and friends, whilst 61% said that it has helped them stay up-to-date and informed. Over a third (39%) of people surveyed couldn’t imagine being able to function in their jobs without the Internet.

By allowing employees to move around the office and around public and personal hotspots, Wi-Fi has been critical to the rise of remote and flexible working. Teams within an organization can now work easily from any location.

Processing of information by IoT devices, enabled by Wi-Fi, has allowed organizations to optimize their performance and gain a number of monetizable insights. Using a combination of insights from 802.11 (Wi-Fi) and 802.15 (Bluetooth), organizations can use hyper-location, which allows them to determine with high accuracy the location of devices operating in a wireless network. This information allows managers of shopping centers, for example, to examine customer movement and usage patterns to optimize their services.

The latest Wi-Fi 6 wireless network standard has been created based on the same wireless innovations as 5G. It uses OFDMA technology, which allows simultaneous transmission of multiple data streams.

As a result, a large number of users with different bandwidth requirements can connect to a single access point. Wi-Fi 6 changes the way business and individual users interact with the world, in which the number of devices connected to the Internet and the amount of content consumed is rapidly growing.

Mobile traffic per user is expected to reach 7,649 megabytes per month by the same year. The challenge is to ensure the right network performance in high-density environments, such as, for example, auditoriums, stadiums, airports or conference rooms. This is due to the fact that the average user often uses a wireless network in places where they stay for a long time, e.g. waiting for an airplane or at a football match.

There are usually many people doing just that at a given moment, which is why it is necessary to ensure adequate network capacity and bandwidth.

"In a business environment, wireless network is becoming a critical method of accessing digital content. For some office equipment, this technology is the only method to connect to the campus network. Mobility is extremely important, and employees will be more and more dependent on wireless solutions and sensitive to even the slightest delays in transmission. The continuous evolution of Wi-Fi means that companies are able to keep up with the changing work style and meet the expectations of teams, partners and customers. This task will certainly be facilitated by Wi-Fi 6, which provides up to 400% higher network bandwidth,” said Osama Al-Zoubi, Chief Technology Officer (CTO) Middle East and Africa, Cisco.