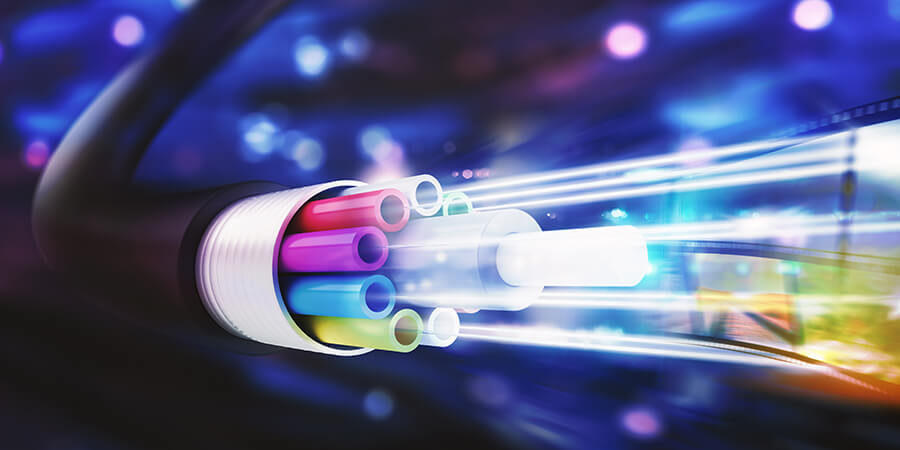 Few decades ago, mobile wireless communication networks have witnessed huge evolution and development. In each of its versions, the network has been created for a specific end. The latest generation, 5G, is today the talk of the town. While it won’t be available for commercial use until the 2020s, it is promising unprecedented performance goals which are heavily grounded on the availability of fiber - and lots of it – and cell sites, and without fiber, they would simply be impossible.

For a brief historical overview, the first generation (1G) was introduced back in 1982 to support analog voice only. Later in 1991, the second generation (2G) was a digital technology that supported text messaging and digital voice. The third generation (3G) mobile technology created in 1998 provided higher data transmission rate, increased capacity and provided multimedia support (like email). As for the fourth generation (4G), it was introduced in 2008. It integrates 3G with fixed internet to support wireless mobile internet which was an evolution to mobile technology and it overcome the limitations of 3G. It also increases the bandwidth and reduces the cost of resources.

Fiber optic technology has been used in long-haul networks due to its high performance over long distances, and the most important part is that fiber can travel as far as 40 miles without losing signal strength. In addition, the abundant presence of fiber in supporting 5G is important because of its unlimited bandwidth potential, and because of its scalability, security and ability to handle the vast amount of backhaul traffic being generated.

Nevertheless, areas targeted for 5G coverage require lots of fiber to be successful, and not just for capacity reasons, but also to meet the other rather formidable 5G performance goals related to network diversity, availability, and coverage. Cellular capabilities started off rather simply, but as each generation expanded functionality, applications, and services, the network infrastructure supporting them has grown increasingly complex. To achieve all of what 5G offers, a denser, fiber-rich network infrastructure will be needed to deliver the key performance indicators: lower latency, longer battery life, higher data rates, ultra-high reliability and more connected devices.

It’s rather ironic that the projected performance goals of 5G wireless will depend on the availability of wireline fiber. In fact, in an ideal world, every phone, smart sensor and mobile device could be directly connected to the fiber backbone, but that would limit the mobility of the devices.

According to a survey conducted by the Telecommunications Industry Association (TIA), 5G operators consider fiber important for 5G backhaul, with 83 percent of respondents saying fiber is “very important.” This likely is due to the fact that initial small cell deployments often use the millimeter wave spectrum and will likely rely heavily upon a high-speed wireline for backhaul.

Fiber will also be preferred for what is known as “fronthaul,” to connect the dense network of 5G small cells. Why is this? Increased speeds with lower attenuation, immunity to electromagnetic interference, small size, and virtually unlimited bandwidth potential are among the many reasons why fiber is the right choice.

5G wireless small cells and their fiber wireline networks will never be mutually exclusive. To understand the relationship between wireless and wireline networks, Diane Bloemker from Arch Fiber Networks gives the following example: It’s helpful to think of a city’s network in physiological terms: 5G will function splendidly as the capillaries (mobile fronthaul) of a city’s networking system, but internet traffic will travel nearly its entire journey in the veins or arteries (fiber backhaul). In fact, much like the human bloodstream, only about 11% of traffic is carried by wireless networks, according to a study by Deloitte. The other 90% of internet traffic is supported and carried by the wireline network. So, in a 5G world, the customer experience will be improved by better small cell wireless access points. But ultimately, the quality and reliability of the wireless network will depend on the wireline (fiber) network carrying traffic to and from the 5G small cells.

According to Brian Lavallée, Senior Director of Portfolio Marketing with global responsibility for Ciena’s 5G, Packet, and Submarine networking solutions, some carriers are considering the use of fixed 5G access as a broadband replacement technology. Deployments of fixed 5G broadband access should be quicker and easier than running cables to premise which means the rate that bandwidth can be turned up is accelerated.