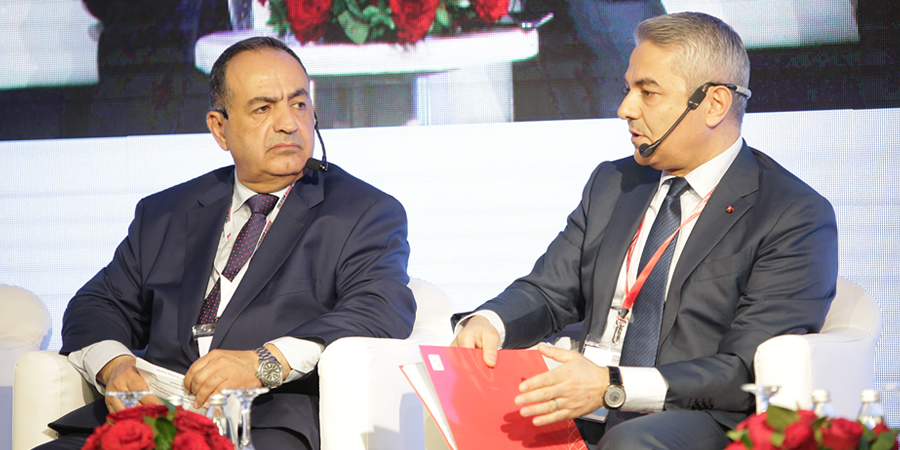 Alfa CEO Marwan Hayek has highlighted the phenomenal success of its Alfa Sports app, E-waste partnership with Ericsson and its +961 initiative at the Telecom Review Leaders’ Summit which is being held at The Phoenicia Hotel in Beirut, Lebanon.

Hayek discussed the success of the programs during a panel debate with CEO of Trace Media International Toni Eid. At the beginning of the discussion Alfa’s CEO said that the operator will be celebrating its silver jubilee and documented the three stages that the company has undergone in the last 25 years.

Hayek said, “We’re celebrating our silver jubilee and we’re very proud of the joy we’ve brought to the lives of people in Lebanon through our technology and networks. We’ve had three different phases. The initial phase is what I call the start-up phase, which was a period in which we boomed. Then we had the stagnation phase which was a period in which nothing happened on the network, it was a case of find me if you can. However, the phase we’re in now is what I call the catch me if you can phase and we’ve solidified our positon as leader and play a major role in providing happiness through our technology and innovations.”

Alfa’s Sports application has been a huge success since its inception in October 2018, and Hayek explained that the application was borne out of a need rather than an innovation.

Hayek said, “We were approached by Basketball federations and different sporting organizations in Lebanon to help them address their needs. They were finding it difficult to generate sponsorships and partnerships in terms of broadcasting their games so they turned to us. We agreed to enter this field and we’ve seen a tremendous response to the launch of the app. Over 20% of the traffic on our network is generated from applications and Alfa Sport is one of the most popular apps nationwide.”

In addition to this, Hayek also highlighted its E-waste partnership with Ericsson and encouraged other operators to embrace the recycling of obsolete waste from network upgrades in order to protect the environment.

Hayek said, “We’ve had to upgrade our networks many times over the years when we moved from 2G to 3G to 4G and then 4G plus. It has given tremendous opportunities to our people, but there’s a lot of waste when upgrading and this is the downside to improving our networks. However, we entered a partnership with Ericsson and shipped 460 tons of obsolete equipment to Sweden which was then recycled by Ericsson. It has been projected that there are 50 millions of E-waste sitting out there globally as a result of different upgrades on networks and equipment. But 80% of it is not being recycled properly and instead is getting dumped in landfills which are seriously polluting our environment. It’s urgent that all operators adopt this type of recycling.”

He concluded by expressing his pride at the success of the +961 initiative, which was specifically designed to connect the 15 million Lebanese diaspora located all over the world with a direct gateway back to their home country.