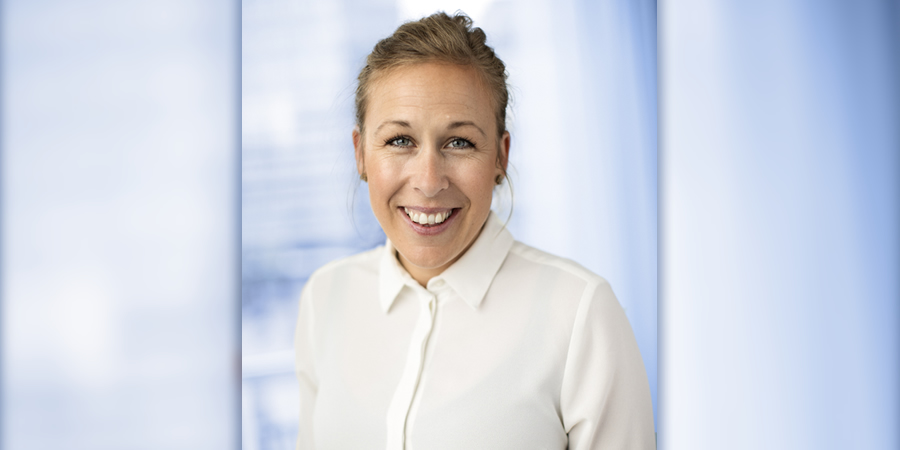 At MWC Shanghai, Telecom Review sat down with a speaker from the event, representing PatAlert, a startup run by AWA in Sweden. Cathrin Johansson, Head of Innovation at AWA, spoke to us about the world of patents and how PatAlert is going to change the way tech companies develop their businesses and manage their patents.

Indeed, the tech world is an ever-changing one, with new invention and innovations coming to the surface almost every single day. PatAlert aims to help its clients better understand their competition and those with similar patent portfolios in order to recognize new opportunities and avoid copying the idea of others.

Could you give our readers a bit of an overview about AWA, its vision and the role it’s playing in the technology ecosystem at the moment?

AWA is a leading intellectual property firm. We work with innovative companies from all over the world, ranging from start-ups to large organizations. We have global aspirations and we are growing each year so we have a presence in both Europe and Asia. We aspire to develop the market, that’s absolutely what we want to do.

Patents are one thing, trademark is another thing, but how we can create intellectual prosperity for our clients is the most important thing.

As for myself, I am the project manager of PatAlert. I used to work in business development in the past, so I don’t really have a background in the patent industry. When I saw PatAlert in its really early stages, I knew it was going to, one day, transform our way of thinking, especially within the tech industry, and that was actually how and why I wanted to work with it. The day I saw the beta version of it, I knew I wanted to work on PatAlert and 6 months later, an opportunity came up and PatAlert was mine.

Could you give us a background about PatAlert and how it works?

PatAlert is a digital tool that can find unknown business opportunities and detect risks early based on one’s own patent portfolio.

PatAlert could also be used for competitor watching. For instance, if you just type in what company you would like to watch, you will then get notified about the patents they are filing and what they are filing them for.

The first version of it was built in 2017, so I would say it’s still relatively new. We are still making changes constantly and trying to adapt to the customer needs. We have paying clients and a 92% retention rate the last time I checked. Which is great but although a lot of people invest a lot of money in patents, they are still amazed by how we can keep track of the market and the latest patents and licenses that their competitors or potential competitors are filing. It’s not like the market is screaming for this, but when they see it, they get excited. So we are trying to take the lead on this one and we will do so.

What differentiates PatAlert from traditional patent search tools is that with PatAlert, you start with your own patents and then you look from that perspective. If you’re working with a search tool, you would have to know what you’re looking for because you’ll get the answer you’re asking for. This would also require you to have some prior knowledge. Instead of providing details and technical descriptions about patents, PatAlert shows you the top 10 players in your field of tech or the top 5 players in your most relevant classifications.

Through this, you could find licensing opportunities, use it for tech scouting or to gain more insight into who is inventing something close to or based on your technology. It’s really just a simple tool to get the best understanding of technical developments in our client’s field of tech.

Our ambition is to make it simple. Because a lot of things within the world of intellectual property are very complex and can only be understood by the experts. So we want this to be a product for everyone who’s interested in business development that has a patent.

So many things are going on in the world of patents and we see that a lot of business developers, CEOs and board of directors, don’t really know what’s happening around their patent portfolio even though a lot of companies are totally dependent on their patent assets. If you run a business which is depending on that patent portfolio you have everything to gain from getting a better understanding of the context in which your patent is operating.

PatAlert is based on the world’s patent database which is public; we then bought it and made a product out of it. We set up a specific way of asking questions to that database and that’s why we can use the perspective of a patent instead of having people search themselves.

If you search the patent database that’s available to the public, it’s a huge database. The oldest document there is from the 17th century; it’s really old!

PatAlert focuses on recent activities and gives users updates every Monday, showing them the recent developments that happened over the past week which are relevant to them. Because when you file a patent, you do quite a thorough novelty search, which is done manually, so at that point, you begin to understand how it’s looking right now. The issue with this is, let’s say you own a patent for around 20 years, a lot can happen within that timeframe that wasn’t in place originally when you did the novelty search.

The novelty searches are standard; everyone does them. What we see is that keeping track of what has happened around your patent portfolio should also be standard. This tool that we have created is very simple and really cheap which is exactly what we wanted to do because we wanted to lower barriers for people to try. One should also remember that this is also an experiment. We are constantly trying to find new ways to use it and improve it so we don’t know where it will end up. The bottom line is that our clients are happy and feel that PatAlert adds some kind of value to them or their businesses. Especially in the tech industry, it can be very handy.

In telecoms for instance, they have something called cross-licensing which they do very often. So if they have a patent portfolio, they can trade it towards another patent portfolio. So you can do licensing by permitting others to use your technology. That could be really good for scaling, I’ve actually seen a lot of companies here doing that. They develop technology then other people can use it to implement in different occupations. So there’s a lot of opportunities here.

In telecoms, if you don’t get to trade patents, then you can’t use that technology. Many companies within telecoms especially are dependent on others’ technologies, so you need to bring something to the table in order to use someone else’s. That’s why you can trade 200 patents against 10, it depends on the value of the patent and the technology itself.

What are some of the challenges you are facing with PatAlert since it is still in its experimental stage?

There are a few actually. The first one is obviously that this wasn’t something that the market asked for. The general view of patents is that they are very static and that they are handled by the experts. There are two challenges that come with that.

The first one is the perception. If you think that something is static, you will never do a Google search on it and try to find out how to know more about the dynamic world of patents, you wouldn’t really go looking for that by yourself. So our clients are paying a lot of money to create patents and renew their rights but still, they haven’t asked for this so that is one challenge.

I think it’s fair to say that so far, our clients are impressed with what we show them about how much is happening in a similar field to theirs or a similar patent portfolio. Technology is an ever-evolving industry and there’s always something new.

Patents are so often handled by the experts so we need to educate the experts about why they need PatAlert. The challenge with that is that the experts in patents are often patent engineers or engineers in general so they have been working with a more tech savvy or deep tech understanding in some technological areas and they may not be giving the business development side of things much thought.

PatAlert is really business oriented so it’s a totally different world and language. We are starting to raise awareness of this amongst our users and then try to educate the experts about how patents and business development are very deeply connected.

Experts are experts for a reason and all patent owners tend to listen very closely to what their experts say to them, so I think the make-it-or-break-it here will be when we also have a common understanding between us and a majority of the experts out there.

I believe that this will happen eventually, it is a totally natural thing and there are a lot of really good IP strategists out there than can play a huge role in this transition.

For AWA, PatAlert is our first scalable business model, they have been in consultancy for 120 years so we know consultancy really well, but we didn’t really work with a digital tool or a scalable business model before, so there’s a lot of things happening behind the scenes that are very new for us and that’s why it’s so inspiring to be here at MWC Shanghai. PatAlert is run like a start-up within AWA, so we can relate to a lot of the startups here and we found that we share some of the same challenges.