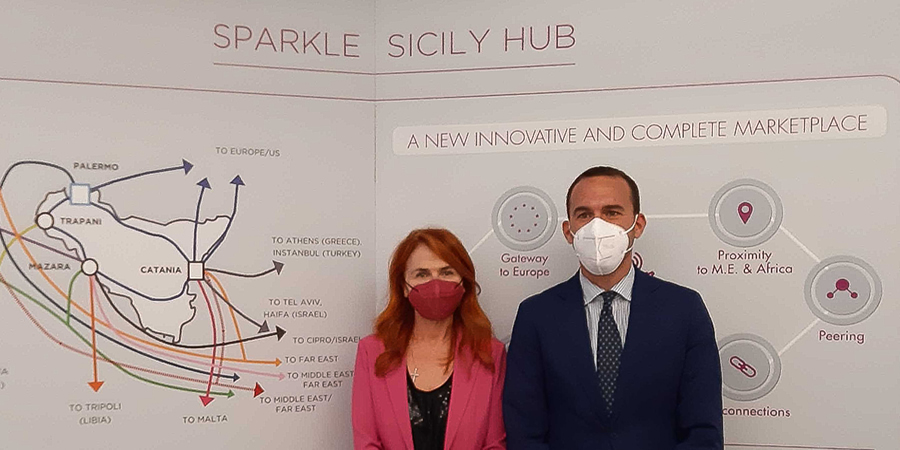 Sparkle, one of the leading global operators and the first international service provider in Italy, announced the expansion of its Nibble network to northern Europe.

"Sparkle demonstrates once again its pioneering role in the global telecom industry, reaffirming Italy’s leadership in Europe and in the Mediterranean," Elisabetta Romano, chief executive officer of Sparkle, declares. "Today, we can offer our customers instant activation of seamless, secure, and ultra-reliable capacity services."

Sparkle's new European network is based on software-defined technology. By July 2021, Nibble will extend by a further 6,300 km to northern Europe, interconnecting London, Amsterdam, and Brussels. This will reach a total length capacity of 12,800 km with a redundant network architecture for seamless connectivity from the Mediterranean basin to Europe.

The network today connects Sparkle's two major submarine landing stations in Sicily — Palermo and Catania. In particular, the route covers Milan, Marseille, Frankfurt, and Paris to the West as well as Athens, Istanbul, and Tel Aviv to the East.

“I am pleased to be the guest of an Italian excellence like Sparkle," Manlio Di Stefano, undersecretary of the state of foreign affairs, comments. "We will continue to work with them and with the entire Italian ICT sector so that our country remains at the European and international forefront in this increasingly strategic area.”

The expansion of the Nibble network is done during a meeting held at the Sicily Hub in Palermo between the abovementioned executives. Sicily Hub serves as the technological heart and intelligence of the Sparkle network and the main exchange point for Internet traffic in the Mediterranean. This is due to its proximity to the Middle East and North Africa (MENA) region and to the connection with all international cables landing in Sicily.

By 2022, Sicily Hub will be the landing point of BlueMed, a new multi-fiber submarine cable that will cross the Tyrrhenian Sea connecting Sicily with Genoa and Milan. It aims to provide reduced latency of up to 50% compared to terrestrial cables.