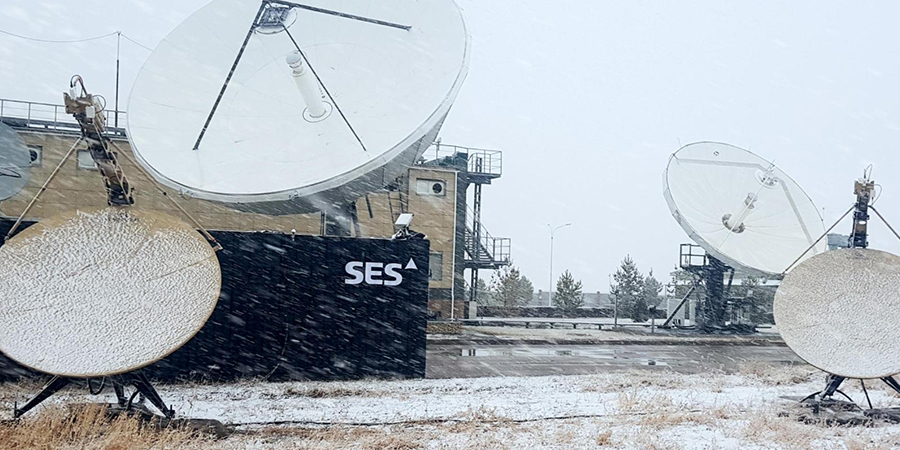 Residents of two remote Kazakhstan villages (Akterek and Beriktas) can now benefit from unprecedented internet speeds via satellite-enabled Wi-Fi, through a network set up for 30 days by SES in cooperation with the Republican center for space communications (RCSC) and AsiaNetCom, a Kazakhstan-based connectivity provider.

As part of the collaboration agreement between SES and RCSC signed earlier this year, the test demonstrates the benefits of SES’s Medium Earth Orbit (MEO) networks and its upcoming second-generation O3b mPOWER communications system.

“We are very excited to participate in this project, which aims to digitalise and to improve all spheres of life and economy in the country. Today in collaboration with our partners RCSC and AsiaNetCom, we have demonstrated the unrivalled performance of our innovative and proven MEO network by connecting rural Kazakhstan”, said Sandeep Jalan, chief financial officer of SES. “When operational next year, our second-generation MEO system, O3b mPOWER, will further multiply the capacity delivered and bandwidth. In addition, it will deliver significantly higher speeds flexibly, catering to the increasing needs from governments, enterprises, and mobile operators.”

During the demonstration leveraging SES’s first-generation O3b satellites, the companies have achieved a 380Mbps downlink and 120Mbps uplink via SES’s O3b satellite constellation, the highest speed ever recorded in Kazakhstan via satellite.

“Kazakhstan has already made progress in providing Internet connectivity to the population. However, there are still remote villages where it is impossible to deliver a network using radio relay communications or through cable connection. In those circumstances, we decided to use satellite constellations. This will allow us to expand our coverage and provide broadband Internet connection to the population of Kazakhstan”, said Bagdat Mussin, minister of digital development, innovations, and aerospace industry (MDDIAI RK).

The demo is done in the framework of the country’s national project called “Technological breakthrough via digitalisation, science and innovation”, which aims to bridge the digital divide and bring the benefits of high-performance communication networks for healthcare, businesses, local administrations, education, and more.

“In some cases, the use of terrestrial networks is economically impractical, and we are considering the opportunities to implement innovative satellite technology to provide high-speed connectivity in those remote villages. The demo gives us an opportunity to explore the possibilities of further scaling”, said Malik Zhuiriktayev, chairman of the board of JSC RCSC.