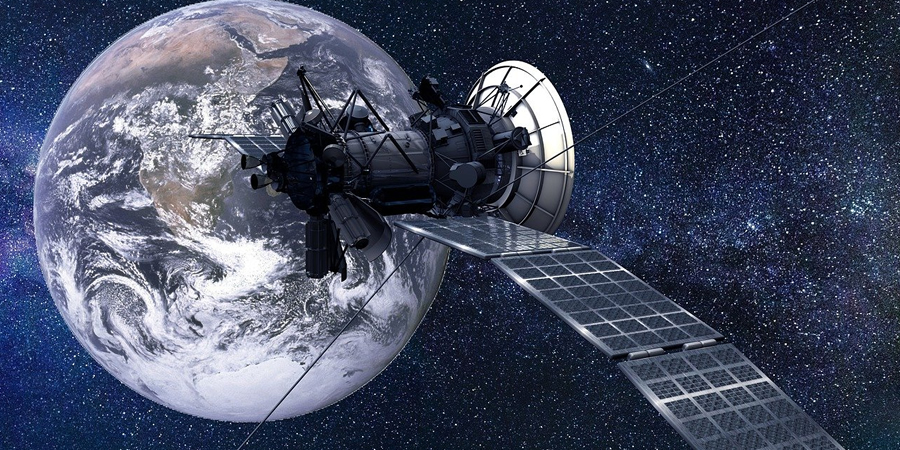 "Space is the gateway to science, and science is the driver to the future economy," said His Highness Sheikh Mohammed bin Rashid Al Maktoum, Ruler of Dubai and Vice-President, Prime Minister of the UAE.

The Middle East is known as a frontrunner for innovation, and this is not only limited to technological advancements that we can benefit from in a tangible manner. Space science and technology have become an essential field for countries seeking to develop their terrestrial infrastructures and human resources in various areas.

As a matter of fact, Arabs have invested billions of dollars in various programs that will benefit academic, technical, and economic fields. Algeria, Egypt, Morocco, Saudi Arabia, and the United Arab Emirates (UAE) have established space agencies and operate their own satellites.

By definition, satellites establish secure and reliable communication networks and overcome connectivity gaps in remote or rural areas. The multi-billion-dollar satellite industry has seen phenomenal growth for the past decades and is anticipated to prosper further as the interest for space innovation surges.

A preview on Arab satellites

The beginning of the Arab space age can be credited to Arabsat, the pan-Arab satellite communications organization. Founded by the 21 members of the Arab League, Arabsat — considered as the leading satellite services provider in the region — has been serving the needs of the Arab world for over 40 years.

Similar to other regions, the Middle East and North Africa (MENA) is rich in experience and unique in its perspective regarding satellites. Here are some of the groundbreaking Arab satellites launched:

Arabsat-1A. In February 1985, the first Arabsat satellite launched into orbit. This signals the Arab world’s entry into space. Due to malfunction, it was soon followed by the deployment of Arabsat-1B. The latter is done alongside Saudi Prince Sultan bin Salman’s historic space trip aboard NASA’s Discovery shuttle.

FalconEye. Launched in December 2020 in line with the UAE’s 49th national day, FalconEye is the fourth reconnaissance satellite launched by this country. Developed together with Airbus Defence and Space and Thales Alenia Space, the satellite is specifically designed for mapping, agricultural and environmental monitoring, and urban planning, as well as to support the needs of the UAE’s Armed Forces.

KhalifaSat: the first Emirati satellite built from the ground up was launched into orbit in October 2018. This heralded a new era in global space exploration within the Emirates. Developed by a team of young Emirati engineers from the Mohammed Bin Rashid Space Centre (MBRSC), KhalifaSat is equipped with the latest in space and imaging technology, intended to be used in urban planning and designing smart cities.

MeznSat: This 3U CubeSat developed by students from Khalifa University and the American University in Ras Al Khaimah was launched in September 2020. This satellite would provide data on greenhouse gas concentrations using a shortwave infrared spectrometer. It also collects data on the red tide phenomenon in the UAE.

DMSat-1: Launched in March 2021, Dubai Municipality collaborated with MBRSC to develop the Emirate’s first nanometric environmental satellite that will map air quality and monitor climate change in the UAE. The data provided by the satellite will be used to find solutions to confront the challenges of urban pollution and climate change. Moreover, it explores the future environmental reality within the UAE. Thus, the launch of the satellite is part of the Dubai Clean Energy Strategy 2050 and UAE Energy Strategy 2050.

Shaheen Sat: This locally-made satellite was successfully launched in March 2021. The satellite will photograph Earth from space and track ships from low orbits. Being among the new generation of small-size satellites, it includes a high-resolution imaging telescope that provides satellite images to serve Saudi Arabia's development goals of employing artificial intelligence techniques and big data.

EgyptSat 1/MisrSat-1: This is Egypt's first Earth remote sensing satellite launched in 2007. It is currently defunct now as the contact with the satellite has been lost since 2010. On the other hand, a series of Egyptian satellites dubbed “Next” will be launched starting from December 2021.

MisrSat-2/EgyptSat 2: To demonstrate Egypt’s capacity for space exploration, the MisrSat-2 satellite will be 100% manufactured locally and is scheduled for completion by August 2022. While in September 2022, the EgyptSat 2 satellite will be launched to be used in sensor applications with a photographic accuracy of two meters. This is designed in cooperation with China.

The current state of the Middle East satellite market

“The UAE's potential and varied programs in the space sector under the leadership's long-term vision can reinvigorate the rich history of Arab-Islamic scientific contributions to humanity. It is time for the Arab world to return to the age of scientific developments, achievements, and contributions for the sake of humankind's progress. Through these programs and more, we can once again welcome the Arab-Muslim nations to the forefront of scientific leadership,” said His Excellency Hamad Obaid Al Mansoori, Head of the UAE Digital Government and Director General of the Telecommunications and Digital Government Regulatory Authority.

In the MENA region, there are a few organizations that provide guidance and regulate the satellite telecommunications industry. These include the ITU's Arab Regional Office (ARO) in Egypt, established in 1991; Arabsat; and the Arab States Broadcasting Union (ASBU) which give certain rights and responsibilities that are tantamount to regulation.

By and large, the satellite industry is as diverse as it is complicated. In the MENA region, the satellite communications industry is booming in terms of development due to globalization and a myriad of factors such as cultural, technological, financial, and geographical. As more satellites are launched and more services are available to a wider audience, the regional satellite regulation may very well undergo further adaptation in the current generation.

Among the key factors in the growth of the MENA small-satellite market are the increasing need for earth observation operations, growth of small satellite launch vehicles, emerging telecom sector as well as increased investment by venture firms. Additionally, climate change and rising terror threats are some of the other major factors which are driving the demand for small satellites in the region.

According to 6Wresearch, the Arab region has substantial growth prospects until 2025. The governments are taking several initiatives to upgrade the communication and navigation, broadcast, and remote sensing applications through the launch of low-cost small satellites in space. The UAE, Saudi Arabia, and Africa are the key growing regions of the overall MENA small satellite market; particularly the latter as it has relatively low connectivity rates.

Currently, leading satellite operators include the Thuraya Satellite Communication Company, Al Yah Satellite Communications Company, and MBRSC. These operators are destined to provide more advanced satellite services over the years. SES’ research shows that 30% of the Middle East’s population will have 5G networks by 2025. This technological advancement will affect satellite innovation in the future. Hussein Oteifa, General Manager, Sales, Middle East, SES Networks commented: “Given the diverse geographical landscape of the region, and satellite’s unique ability to connect remote areas, there is definitely huge potential to integrate high-performance satellite seamlessly into 5G networks and accelerate the rollout.”