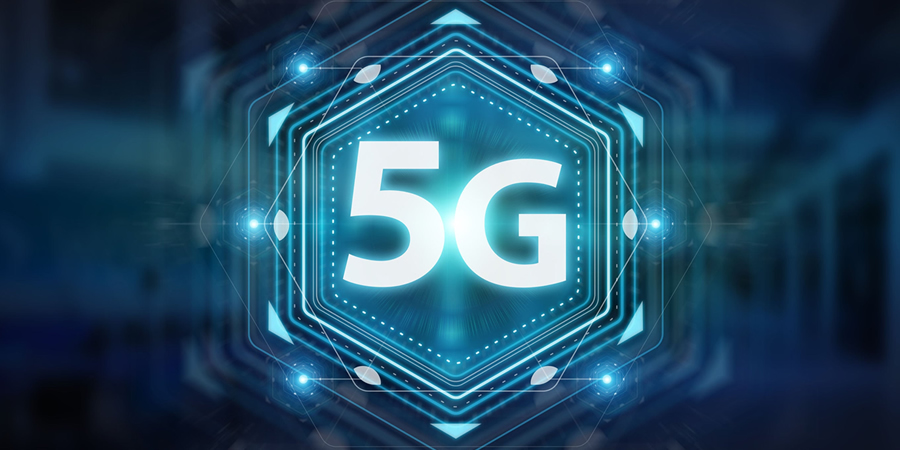 Security has long been a priority, and with the world becoming even more connected, it has become clear to what extent security is important. However, only lately has it been making headlines, notably with the Huawei vs. US case, and with 5G closer than everyone expected.

At the Mobile World Congress 2019, which was held this year under the theme “Intelligent Connectivity”, 5G announcements were made by major vendors and operators, and countless MoUs were signed to push 5G deployment forward. While industry experts forecasted that the technology will be a reality in 2020, vendors proved them wrong and started offering 5G solutions as of 2018.

With 5G, security is tackled with a whole new approach because the architecture of the fifth generation technology presents new security challenges. “Operators are moving from a hardware system to a virtualized and fully automated one,” said Darren Anstee, technology director at Netscout, which provides software for networks. “Security is about visibility. When you can't see everything on your network, this is when you have a problem”.

5G allows for the available bandwidth to be split up into channels, each of which is independent from others and can be separately secured, which some experts say can help boost security. “We can create a kind of micro-networks, with different levels of security. The idea is to compartmentalize the network according to different uses,” said Laurent Boutet, a systems engineer at US computer networking company F5Network.

For Dexter Thillien, analyst at Fitch Solutions, the main challenge for security is this rise in the “number of entry points, considering the exponential number of objects which will be connected. From the point of view of security, the network itself is secondary.”

“You have to keep in mind that nothing will ever be 100 percent secure. We still don't have a precise idea of how billions or even trillions of connected objects could affect networks, it is still unknown at this point,” said Thillien.

In the race to 5G deployment, vendors have put all their efforts to be the first to offer the technology to their clients and partners. Huawei has been leading the way with major technological breakthroughs that have most certainly given it the lead, despite the pressure it was put under by the US which expressed “security” concerns - another new aspect of security in the era of 5G.

With the case of Huawei and the United States, network security has drifted from its common meaning to a more political dimension given that it’s about the US claiming that Beijing could use the Shenzhen-based Huawei's products to spy on Western governments.

The famously secretive company launched a media offensive at the Mobile World Congress against US accusations that its cheap equipment used in telecommunications infrastructure across the globe are a Trojan horse for potential Chinese state spying and sabotage.

The United States considers the matter urgent as countries around the world prepare to rollout fifth generation ( 5G) networks that will bring near-instantaneous connectivity that can enable futuristic technologies such as self-driving cars.

On the eve of the start of the Mobile World Congress, which companies usually reserve to unveil their new devices, top Huawei officials held several press conferences and meetings with reporters where they strenuously rejected Washington's claims. “We need to be more transparent, and that means speaking out more often,” Huawei's president for Western Europe, Vincent Ping, told the reporters.

The highlight of the media offensive came when one of Huawei's rotating chairmen, Guo Ping, delivered a keynote speech where he reiterated the company's position that there are no “backdoors” in its 5G tech that could allow Beijing to spy on countries.

Huawei is the first company to deploy 5G networks at scale, Guo said. His MWC 2019 keynote address - “Bringing you 5G safer, faster, smarter” - outlined how Huawei has developed the most powerful, simple and intelligent 5G networks in the world, and argued that such innovation is nothing without security. He urged the industry and governments to work together and adopt unified cybersecurity standards.

“The US security accusation against our 5G has no evidence. Nothing. The irony is that the US Cloud Act allow their entities to access data across borders,” he told a packed auditorium, speaking in English. This argument was echoed by several telecom operators and government delegations at the trade fair.

The head of Vodafone, the world's second largest mobile operator, said at MWC that the United States needed to share any evidence it has about Huawei with authorities so they can decide whether or not to use the Chinese firm's technology in their 5G networks.

“We need to have a fact-based risk-assessed review,” Vodafone chief executive Nick Read told a panel discussion on the opening day of the Barcelona trade show. He said he had not seen what evidence the United States has to back its claims, "but they clearly need to present that evidence to the right bodies throughout Europe."

In the era of 5G, it is necessary to protect data security. Whether we are talking about autonomous cars, remote medicine or simply any online activity. However, cybersecurity should not become a political issue – an opinion echoed by Huawei Rotating Chairman Eric Xu. He said, “Cybersecurity, first and foremost, should be a technical issue; it should not become a political issue. The most effective way to address cybersecurity issues is to establish cybersecurity standards that are transparent, clear and fair to all participating companies.”
Tweet