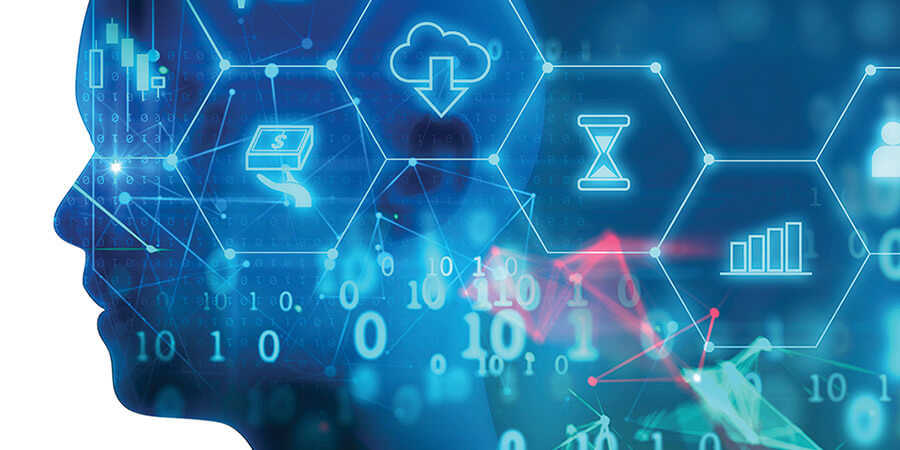 New digital scenarios have emerged since the development of the very first smartphone, with data being at their heart. Robotics, artificial intelligence and connected devices have introduced a whole new era that requires overhauled infrastructure and a digital shift for businesses to keep pace with emerging trends. A new approach capable of embedding businesses into the new world appears to be crucial with the sole purpose of driving intelligence everywhere. We introduce to you the internet of thinking.

Next generation intelligent solutions are being integrated into the physical world, which is demonstrated by the adoption of smart cities solutions, telemedicine and data prediction and analytics. The first thing that comes to mind is the massive amount of data generated by such solutions. That is why companies should, first and foremost, consider improving their infrastructure.

What differentiates the internet of thinking from the internet of things is its ability to accelerate the insights gathered from data inputs without referring to a core cloud-based IT structure, given that with the increase of the number and volumes of data, these systems won’t be able to keep up.

According to Accenture’s Technology Vision 2018 report which identifies the internet of thinking as a major 2018 trend, predictions suggest that by 2020, smart sensors and other internet of things devices will generate at least 507.5 zettabytes of data.

The prevalence of intelligence in our physical world requires that data be analyzed where it is generated to accelerate processes, which means moving closer to the edge of the networks. While data is processed to provide instant actions, businesses will leave resources in the cloud to crunch macro data for a larger picture, or what we call “meta insights”.

According to Accenture’s report, “Designing systems to leverage the power of both device-driven instant insights and meta-insights from the cloud means new considerations around storage. Companies must differentiate data assets that are critical to keep versus those that can be discarded once a decision has been made. Data assets tagged for backhauling to the cloud should have an explicit need for retention, such as collecting a large body of historic data to drive better decision-making. Meanwhile, data intended only for short-lived decisions at the edge can be discarded.”

New technologies are bringing a new level of sophistication in which more decisions have to be made all of the time. This is the case of traffic flows in smart cities, or e-health where patients have to be continuously monitored. This is what triggered the need to have more processing power out of the cloud and into the edge of an IT system.

Extended infrastructure is the backbone of the internet of thinking and its maturity depends on delivering sufficient computing power where intelligent environments need it. Infrastructure modernization is key given the fact that the current infrastructure doesn’t allow for having intelligence everywhere and doesn’t support unlimited data. Therefore, companies have to focus more on hardware instead of on the software-driven solutions.

A survey undertaken by Accenture in the framework of Technology Vision 2018 indicates that 63% of executives believe it will be critical over the next two years to leverage custom hardware and hardware accelerators to meet the computing demands of intelligent environments.

Businesses must act today to incorporate these hardware-focused skills into their workforce - an added challenge for those whose cloud-first mentality may have de-emphasized this need,” the reports states.

Companies have long attempted to fully benefit from graphics processing units (GPUs) with the aim of accelerating their hardware, thus brining greater intelligence to the edge of an IT system. However, sometimes, due to the existence of demanding conditions, hardware acceleration isn’t enough, which calls for custom hardware. The report highlights the example of extended reality experiences that “requires tremendous computing power to operate in real time; it’s also a prime example of early success for the internet of thinking, with worldwide revenues for the augmented reality and virtual reality market forecasted to reach nearly $215 billion by 2021.”

By leveraging custom hardware, businesses are shifting from the “one-size-fits-all-tasks” approach that was adopted by the majority of enterprises during the last decade. This shift drives integrated, sophisticated experiences at the edge. For instance, Google decided to build its own computer chip instead of doubling its data footprint in order to run deep neural networks. The tensor processing unit is between 30 and 80 times more efficient than standard processors and is used to run AI models.

Creating the internet of thinking means companies must extend compute beyond the cloud, toward the edge of networks, says the report. At the same time, companies must explore custom hardware solutions and hardware accelerators that let systems circumvent latency and compute limitations. Cloud processing remains appealing for high-value learning, predictions, AI-model generation, and storage in situations that are not time-critical. But for real-time, intelligent action, processing must happen at the edge of networks, where the event is occurring.

In order to benefit from AI, robotics, IoT and other revolutionary technologies, businesses should take into account the importance of focusing on certain key areas such as service design, infrastructure transformation and hardware considerations. An intelligent environment will be the fruit that they will reap from all of the effort they’ve deployed in this regard.

Overcoming infrastructure challenges can be made possible if businesses drive intelligence across businesses’ network by integrating intelligent tools into every aspect of their activities, balancing the cloud vs. the edge formula and leveraging custom hardware.