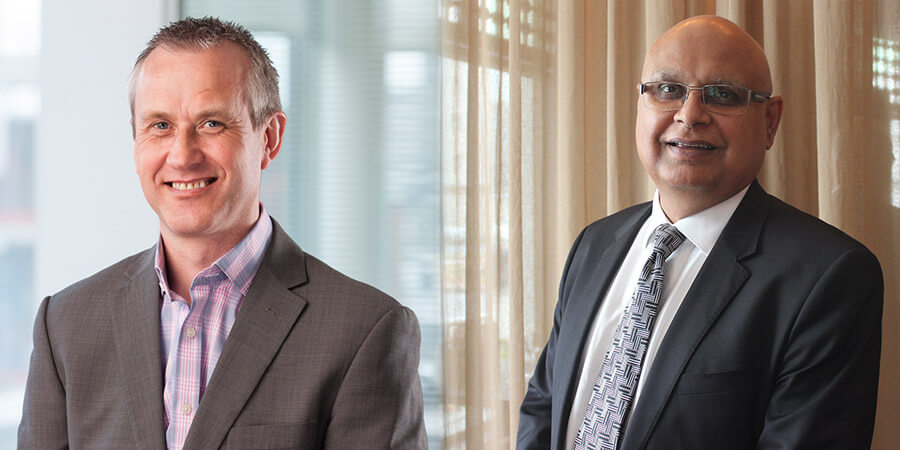 Ciena Corporation, a leading US-based global supplier of telecommunications networking equipment, software and services showcased its latest range of solutions and products at Mobile World Congress (MWC) in Barcelona. The company has enjoyed phenomenal success since the diversification of its business and as a result has recorded an increase in growth in several of its key markets globally.

Telecom Review managed to secure an exclusive interview with Regional Director, Middle East and Africa, Ravi Mali, and EMEA Marketing Director, Mervyn Kelly during MWC in order to discuss in detail the announcements Ciena made at MWC. In addition to this, both executives outlined its strategic approach for 5G and how its adaptive network vision and framework will allow operators to bring 5G into an automated network.

When pressed on why Mobile World Congress is such an important industry conference for the US telecommunications equipment provider, Mali stated that the event represented a ‘unique' networking opportunity, and that all the leading telecommunication operators in the Middle East were present at MWC.

He said, "It's a great platform to both solidify your existing partnerships and generate new business leads. The major operators in the Middle East have all been coming to Mobile World Congress regularly over the years and a lot of their senior executives are present which is very beneficial for us. Overall the event provides a great networking opportunity, and it also provides you with the perfect platform to make any new major announcements."

5G is the hottest topic in the telecommunications and technology sector and has dominated the agenda of every company at Mobile World Congress, and Ciena was no different. It used MWC to showcase how its ‘adaptive networking vision' is practical and pragmatic for operators to implement 5G into today's networks.

Mali said, "5G is a new game for telecom operators and they all want to deploy the technology first. It has been a recurring theme all week at Mobile World Congress and Ciena has made an announcement in relation to 5G, which is better phrased around what we call adaptive networking. This will allow us to bring 5G into an automated network. We're moving to what I call many-to-many or machines-to-machines communication that requires some sort of intelligence and automation. Ciena has announced a complete framework around this - and that's what we're putting out into the market now. This is the end game now and we believe that every operator needs to get to this, and that's what our framework allows."

EMEA Marketing Director, Mervyn Kelly, outlined the benefits of the adaptive network vision developed by Ciena, and said that its primary objective is to empower operators to be able to have adaptive networks by following their framework.

Kelly said, "I think that a lot of the discussion on autonomous networking is just on the automation piece. In our adaptive network vision, we're saying that yes, it's important, but we're also stressing that you also need a programmable network to do something clever. So you need the software control and automation on top of a programmable network with a feedback loop so Big Data analytics can relay important information back to the network, and any of those on their own doesn't give you a solution.

The reason we call our vision adaptive is because it is very practical. What am I actually trying to do? I'm trying to adapt continually to new things going on and new changes that are occurring. The principle of autonomous networks is this theoretical thing where human beings aren't involved, but nobody actually wants that. Human beings still want to keep an eye on it and supervise, so for us adaptive is a much more pragmatic approach to the problem. Our strategy is adaptive networks, we're trying to get our customers on a network that can adapt, and highlight where all these clever things that you like fit into that framework."

Ciena Corporation also announced in addition to its adaptive network vision a diverse range of innovative 5G solutions at Mobile World Congress. Its mission is to reduce the exponential costs likely to be placed on operators following the emergence of 5G applications by allowing them to adapt their networks in order to meet consumer and market demands.

Mali said, "The journey towards 5G is a very expensive one. For example, operators will need to provide around 100MB of bandwidth with certain latency for 5G applications everywhere in a city, and that's going to be really expensive for an operator to execute. However, what we're saying is if you can adapt the network to be able to provide that dynamically, this will save the operator a lot of money and optimize what they need to spend. For example, let's say there's a live show at a stadium and for only those two hours you need extra bandwidth. Our adaptive network will allow you to move your bandwidth which is available in the network, push into that area and then bring it back to wherever you want - and this is much more optimized and cost-efficient for operators."

In addition to this, EMEA Marketing Director, Mervyn Kelly pointed out some other products Ciena had announced at MWC.

Kelly added, "In terms of what we announced in relation to our 5G solutions, our 5G will drive a lot more programmable bandwidth closer to the edge of the network. We've also made announcements in a couple of other areas, one of which is a suite of products that will support Time Sensitive Networking (TSN), which provides deterministic data paths for necessary performance required to reliably carry 4G/5G fronthaul/midhaul network traffic by providing bounds on latency, loss, jitter, and reliability. This will bring improved latency, packet-loss reliability closer to the edge. We're also adding IP capabilities to our packet portfolio. Part of the 5G standard that you need is to be able to route your traffic within the 5G local area and that is what we're now able to provide."

When asked what differentiates Ciena from its competitors, Kelly declared that it was a combination of factors ranging from its impressive track-record in innovation to its ability to deliver brilliant customer service to its clients.

Kelly said, "I think what differentiates us from our competitors is solution innovation and reliability. We're recognized as being an industry-leader in innovation. The number of firsts we've had out of our R&D lab is phenomenal. A lot of products on the market were invented by Ciena and then we standardized them which subsequently allowed others to use them. From research we conducted, we discovered that while Ciena customers value our network reliability, they ranked their relationship with Ciena as their highest satisfier. Customers have told us that we're unique from the perspective that we don't just supply products, we help them. The combination of all these factors is what keeps us ahead of the competition because we focus on ensuring our clients are satisfied with every aspect of what solutions and products we provide them with."

Mali said, "We're on the right track in the Middle East, and we performed reasonably well in the region last year. We see a lot of opportunity in the Middle East, we're very focused on that market as well and we've identified some real growth opportunities. We've got a particular focus on a couple of countries in the GCC region. We're very confident we can achieve our primary objectives and goals in the region."

Mervyn Kelly added, "We do see the Middle East as one of our key growth regions across MENA. We're good at technology and we're good at in-depth relationships and we believe we can replicate the global success we've enjoyed in the MENA region."