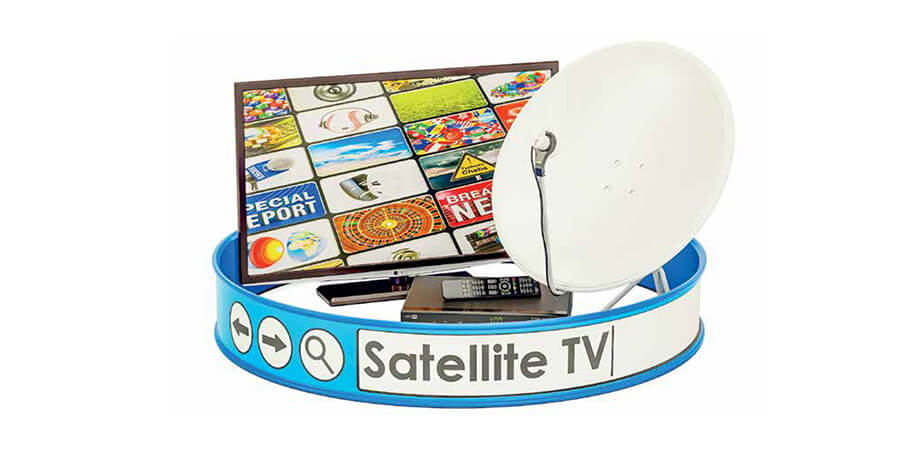 Satellite communications is the unrivaled video infrastructure across the Middle East and Africa (MENA), suggests a report by French satellite company Eutelsat. Speaking to press in Dubai ahead of CABSAT 2018 satellite expo, Eutelsat Deputy CEO Michel Azibert said 94 percent of homes in MENA receive their TV reception via satellite.

The Eutelsat TV Observatory for MENA, the company's latest consumer survey on TV trends across the Middle East and Africa, suggests that satellite remains the unrivaled digital video infrastructure throughout the region. Increasing by 7 percent the past year, satellite continues to win marketshare compared to terrestrial and IPTV (internet protocol television).

Eutelsat claims that the Eutelsat-Nilesat 7/8 West video neighborhood is leading this growth. The area stretches across North Africa to the Gulf countries. The area is managed in partnership with Egyptian satellite company Nilesat because the "orbital rights to this position are shared" between the two companies, said Azibert. It serves 90 percent of homes in MENA, connecting broadcasters to 56.2 million homes.

The popularity of the 7/8 West video neighborhood continues to grow, increasing by 6 percent, or 3.1 million homes, in the past 12 months, according to Eutelsat. Viewers are attracted to the neighborhood for its "exceptional line-up" of over 1,250 Arabic and international channels, said Azibert, with high diversity of content.

Broadcast is "the core of our business in this region," Azibert added. "MENA is a very important region for us worldwide because close to one fourth of our revenue comes from this region. Twenty-three percent of our customers are from the MENA region."

The Eutelsat survey also analyzed key trends in satellite such as the increasing significance of high definition (HD) broadcasting, showing a surge both in HD-equipped homes and in the number of channels converting to HD. According to the report, 66 percent of homes at 7/8 West have HD displays, reflecting the expanding offer of HD content in the region.

As the audiovisual landscape is maturing rapidly with a surge in consumer equipment renewal rates, 28.2 million homes in MENA now have at least one HDTV screen, according to the report. This represents 46 percent of total TV homes, up from 30 percent or 17.7 million homes a year ago - a 59 percent growth like-for-like in the four MENA countries analyzed.

As average TV screen sizes increase, so does the viewer demand for higher quality content, encouraging both commercial and public service channels to upgrade from SD to HD, as well as new channels to launch directly in HD, the report adds.

In addition to 7/8 West, Azibert touched on the importance of HOTBIRD which broadcasts 80 Arabic channels from 13 East, making it a compelling neighborhood for reaching into homes across Europe as well as MENA. HOTBIRD reaches 33 percent of the satellite installed base in the countries surveyed in the study, making it the second most received position in MENA.

The hospitality industry is an important area for satellite communications, accessing television channels to entertain guests, according to the report. It details additional research that was carried out in 2017 with 147 five-star hotels in Egypt, Morocco, Tunisia and the UAE. These countries were chosen for their high level of business and tourist traffic.

UHD (ultra high definition) is also a growing part of the premium experience with 38 percent of hotels already offering at least one suite with a 4K screen. 4K resolution, also called 4K, refers to a horizontal screen display resolution in the order of 4,000 pixels.

Satellite communications also caters to the telecom industry. Etisalat is an example of one of Eutelsat's high profile telecom customers in MENA, as well as Saudi Telecom Company (STC), in the field of VSAT or connectivity provided for mobile networks. Broadband services are an area that satellite companies like Eutelsat provide in the MENA region. Another important area Eutelsat serves is the aviation industry to provide internet connectivity to planes.

Industry consolidation
In October 2017, Eutelsat purchased NOORSAT, one of the leading satellite service providers in the Middle East, from Bahrain's Orbit Holding Group, for $75 million. Established in 2004, NOORSAT is the distributor of Eutelsat capacity in the Middle East, serving blue-chip customers and providing services for over 300 TV channels almost exclusively from Eutelsat's Middle East and North Africa neighborhoods at 7/8° West and 25.5° East.

The acquisition of NOORSAT fits with Eutelsat's broader strategy of streamlining distribution within selected core video neighborhoods where it can create value. It will allow Eutelsat to strengthen the long term commercial development of its video positions in the Arabic world and increase its direct access to end-customers, facilitating stimulation of high definition TV take-up and the up-selling of incremental video services.

"For us it was an opportunistic move to strengthen our position in the region," said Azibert speaking to media. "Beside obvious synergies, we believe we are stronger now."

Azibert spoke about how to stand out in the satellite market today. He said diversity of content is important. "We want people to have access to as much content as possible and have the freedom to choose what they like," he said. Another important thing is compliance.

"There are rules that we must abide by, particularly those implemented by European legislation, such as not tolerating pirated content."

Former NOORSAT CEO Omar Shoter, Eutelsat's regional vice president, Middle East and North Africa, was behind the movement to address content piracy in the MENA satellite community. "We try to fight to make sure we do not bring on board our satellite channels that do not abide by the laws of anti-piracy," he explained. A coalition of the main broadcasters in the region, including NOORSAT, was formed to avoid piracy.

"There is a way to track piracy infringements and it works spectacularly thanks to the great efforts of NOORSAT before the acquisition," said Azibert. "The piracy problem is never eliminated but we have reduced it to a very limited number of cases and broadcasters are very happy about this."

Overall, Azibert spoke highly of the MENA region in terms of its growth potential for satellite communications. The region has seen strong demographic growth expansion in the 2016-2017 period. The number of TV homes has increased by 4 percent in the region, growing from 60.8 million to 62.6 million homes in the 12 month period.