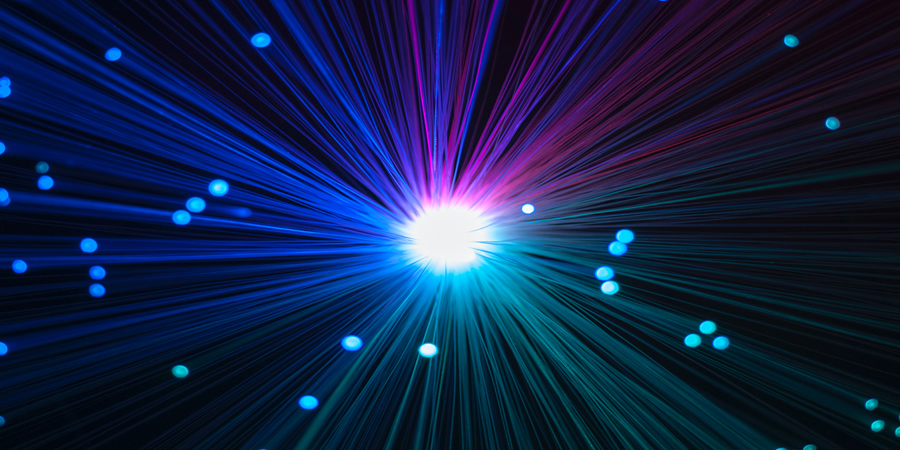 Researchers from the National Institute of Standards and Technology and the University of Maryland have developed quantum-enhanced receivers that could address the challenge of capacity crunch created by exponential growth in internet traffic, according to a Science Daily article, sourced from the American Institute of Physics.

The innovation termed the advanced quantum-enhanced receivers could play a critical role in capacity increase in networks.

The study, entitled ‘Practical quantum-enhanced receivers for classical communication’ throws light on the receivers and their workings.

The receivers based on quantum physics properties can significantly increase network performance while reducing the error bit rate (EBR) and energy consumption.

Receivers pick up optical signals and turn them into electrical signals, and are the key components of fiber optic technology. The conventional detection process produces "shot noise," owing to random light fluctuations and hinders detection ability and thus increases EBR.

To tackle this problem, signals must be amplified continuously as pulsating light becomes weaker along the optic cable. However, if signals become weak, adequate amplification becomes hard to maintain.

Quantum-enhanced receivers that process up to two bits of classical information and can overcome the shot noise have been demonstrated to improve detection accuracy in laboratory environments. In these and other quantum receivers, a separate reference beam with a single-photon detection feedback is used so the reference pulse eventually cancels out the input signal to eliminate the shot noise.

However, the researchers' enhanced receiver can decode as many as four bits per pulse, because it does a better job in distinguishing among different input states.

To achieve effective detection, they developed a modulation method and implemented a feedback algorithm that leverages the exact times of single photon detection. There is no perfect measurement, but the new "holistically" designed communication system gives increasingly more accurate results on average.

"We studied the theory of communications and the experimental techniques of quantum receivers to come up with a practical telecommunication protocol that takes maximal advantage of the quantum measurement," says Sergey Polyakov, the author of the paper. "With our protocol, because we want the input signal to contain as few photons as possible, we maximize the chance that the reference pulse updates to the right state after the very first photon detection, so at the end of the measurement, the EBR is minimized," he explains.