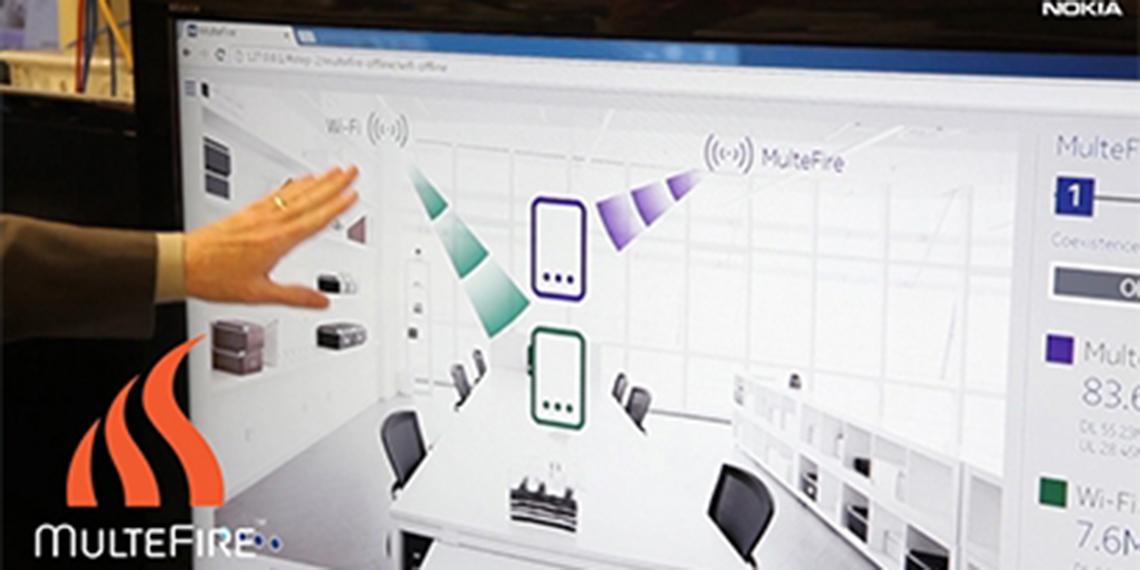 Nokia, in collaboration with the Saudi Telecom Company (STC), has conducted a successful test of MulteFire technology, which combines the high-performance of LTE with the simplicity of Wi-Fi deployment in unlicensed spectrum bands such as 5GHz.

As data demand continues unabated, mobile operators will want to explore more opportunities in other spectrum bands, for example the 5GHz band, to reach more of their subscribers in private enterprise networks such as stadiums, office blocks, shopping malls and airports. However, as the spectrum is shared by numerous technologies, and the number of users increases, quality and speed often suffer.

The test, using Nokia's FlexiZone small cells together with MulteFire software, showed how MulteFire can co-exist with Wi-Fi to deliver the high performance, high speeds and security offered by LTE in a densely populated environment. MulteFire complements heterogeneous networks (HetNets), which use a mixture of macro and small cell radios, allowing operators to meet the increased connectivity demands of future smart cities and the Internet of Things (IoT).

"As one of the founding members of the MulteFire Alliance, Nokia is driving the development of a global technical specification, and this test is a crucial step toward commercialization of the technology," said Waseem Al-Marzogi, Head of STC Group Business, Nokia. "By collaborating with operators like STC, we can develop new ways of utilizing spectrum such as 5GHz to meet the network demands of today and tomorrow."

The co-existence test showed MulteFire harmoniously co-existing with Wi-Fi when Wi-Fi was turned on in the same frequency and placed very close to a MulteFire access point. The final enhanced coverage test showed up to 50 percent better range and up to 2x better coverage in comparison to Wi-Fi.

Commenting on the success of the MulteFire tests, Nasser Al-Nasser, senior vice president, technology and operations, STC, said: "We are the first operator in the world to have successfully conducted the test of MulteFire technology with Nokia. This test underpins our commitment to explore and identify the latest technologies that can further boost the overall service experience for our subscribers even as demand continues to grow. MulteFire will allow us to deliver LTE performance with a simplified deployment."