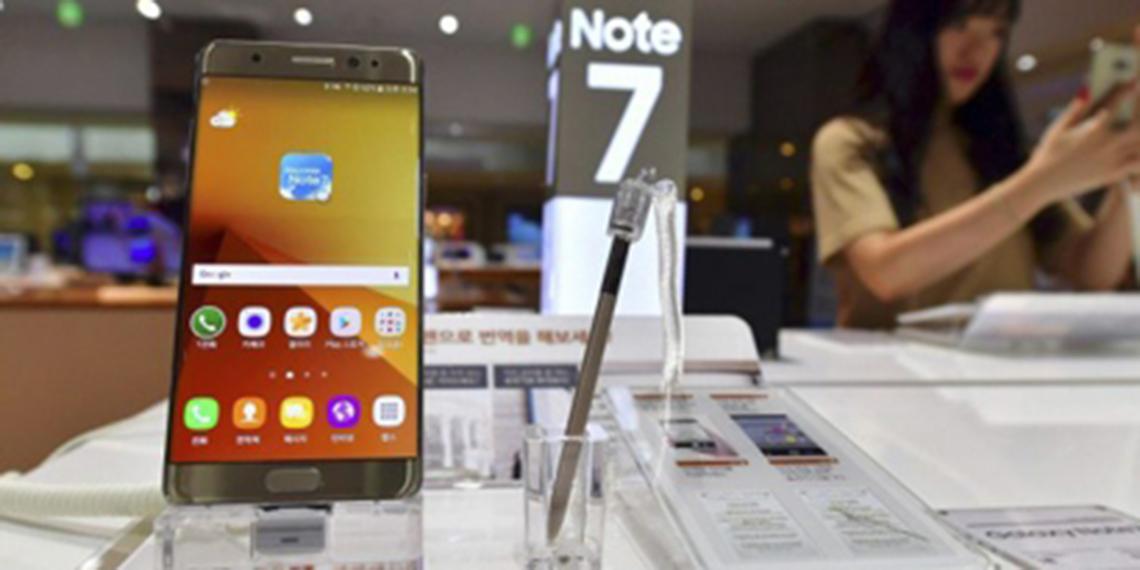 Samsung will halt sales of its latest flagship smartphone and recall millions of units after faulty batteries caused some handsets to explode in a massive blow to the South Korean electronics giant's reputation.

Samsung, the world's largest smartphone maker, said it would recall 2.5 million units shipped globally to countries including the US and South Korea, and offer new devices to existing users. It is the first large-scale recall of one of Samsung's top of the range phones. ""We have received several reports of battery explosions on the Note 7 that was officially launched on August 19... and it has been confirmed that it was a battery cell problem,"" Koh Dong-Jin, the head of Samsung's mobile business, told reporters.""We are deeply sorry for causing concern... and causing inconvenience among our users."" He said the faulty rate amounted to 24 handsets per each million sold and that it would take about two weeks to prepare replacements.

The company has also been forced to delay the handset's planned release this month in several European countries including France. The news comes as Samsung's archrival Apple is due to unveil its iPhone 7 on Wednesday. The mobile division accounts for the lion's share of Samsung's business, but has been increasingly squeezed by competition both from Apple's iPhone and by lower-end devices from Chinese rivals such as Huawei.

The latest recall is expected to hurt its bid to outsell the iPhone 7, said Lee Jang-Gyoon, researcher at the economic think tank Hyundai Research Institute. ""Samsung released the Note 7 early to secure a leading position in the market in advance, but now the impact of the move will be blunted,"" he said.

Samsung currently uses batteries made by a number of different companies, including its sister firm Samsung SDI. Koh refused to name the supplier of the faulty battery but said sales in China, where it uses a different supplier, will be unaffected.

Samsung -- South Korea's largest firm by value -- posted a better-than-expected gain in net profit for the second quarter, boosted by solid sales of its high-end Galaxy S7 and S7 Edge phones and aggressive cost-cutting. On Friday, shares were up 0.6 percent after falling for two days in a row and after investors shaved $7 billion off the market value of the company on Thursday amid concerns about how the explosions would impact the firm's reputation.

One analyst who asked not to be named said the incident could take a ""significant toll"" on the firm's third-quarter earnings. But Jeff Kim, analyst at Hyundai Securities, said the impact of the latest recall would likely be limited. ""Technical errors on modules and other parts at smartphones often happened before, usually within a month after its launch,"" he said in a report on Thursday. He added that such problems can be fixed relatively quickly, and that Samsung would be able to resume sales of the Galaxy Note 7 soon.