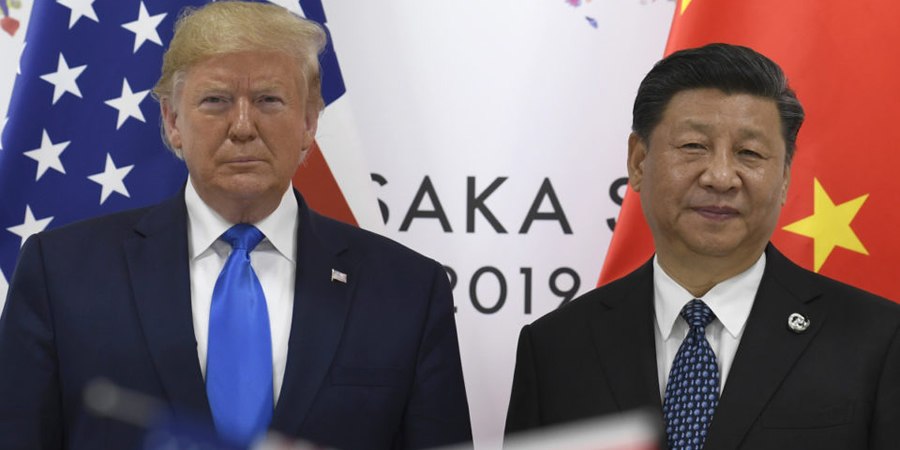 President Donald Trump and China's Xi Jinping agreed to a truce in their trade war, and Washington pledged to hold off on new tariffs while they negotiate As the United States and China pursue trade talks, there is a “good chance” that more US firms will be granted licenses to sell products to controversial Chinese telecoms giant Huawei, White House economic advisor Larry Kudlow said.

While Trump had signaled the softer position on Huawei, a sticking point in trade talks, by saying US companies could sell equipment “where there's no great national security problem,” Kudlow added a bit of detail.

Trump told Fox News Channel's “Tucker Carlson Tonight” that after meeting with Xi, he believes the two sides are closer to a trade deal.

“We had a very good meeting. He wants to make a deal. I want to make a deal. Very big deal, probably, I guess, you'd say the largest deal ever made of any kind, not only trade,” the president said, according to a transcript released by the channel.

Many US lawmakers, including Senate Republicans like Ted Cruz and Marco Rubio, are concerned about any lifting of the effective ban against Huawei accessing crucial American technology or operating in the US market.

“If President Trump has agreed to reverse recent sanctions against Huawei, he has made a catastrophic mistake,” Rubio tweeted.

Kudlow emphasized that Huawei will remain on the so-called US Entity List- foreign companies and individuals that are subject to specific export and technology transfer licensing requirements.

“This is not a general amnesty,” Kudlow said. “The Commerce Department will grant some temporary additional licenses where there is a general availability” of the products to be sold, he added.

On the general issue of US-China trade talks, Kudlow declined to offer any deadline for the resolution of the dispute between the world's top two economies, though he admitted the talks could “go on for quite some time. There are no promises, there's no deal made, no timetable. Just resuming the talks... is a very big deal.”
Tweet