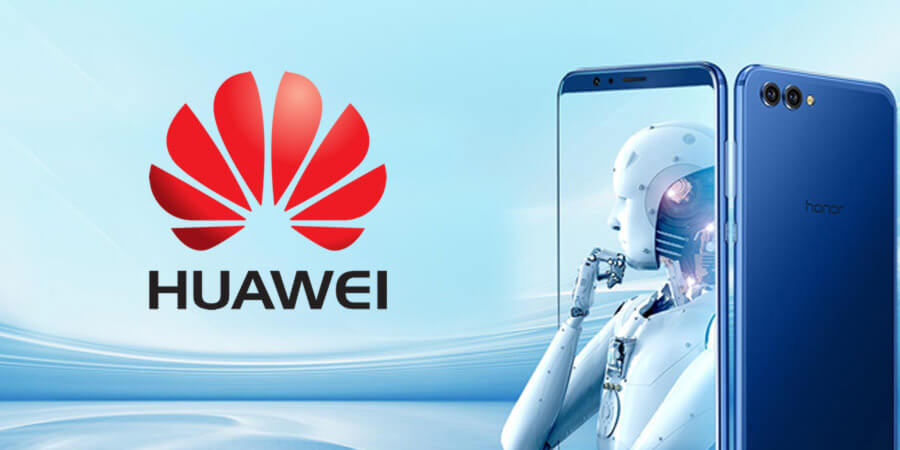 In the race against time to provide consumers with what they want and when they want it, phone companies pack more power, more speed and more efficiency into each new chipset design.

Huawei's 7-nanometer chipset is expected to bring the next level of true AI in Huawei's upcoming flagship phone to be launched next month.

Huawei has always been at the forefront of research and innovation in mobile AI and is one of the top leading companies in terms of R&D. The company has 14 R&D centres globally, with 45% of its total workforce engaged in R&D. According to the EU Industrial R&D Investment Scoreboard (2017), Huawei's R&D investment ranked number six ahead of Apple at number seven.

Last year, the company was the first to launch an AI-enabled mobile phone with the launch of the mate 10 series, this year Huawei is giving a hint on what to expect in its upcoming mate 20 series that will be powered by its newest chipset the Kirin 980 which is another breakthrough innovation.

Compared to its predecessor the chipset will deliver robust performance increase in Huawei's upcoming Mate 20 device, a series known throughout the industry for their performance. The power-packed 7 nanometer 1cm2 die size processor, equipped with all-new CPU, GPU and world's first 7-nanometer mobile AI chipset, is the ultimate engine to power next-generation productivity, efficiency entertainment applications and also a second to none gaming experience.

More efficiency, more power:
With the capacity to deliver 75% improved performance and 58% improved power efficiency in the devices that it powers, the cutting edge 7nm processor does this by packing 6.9 billion transistors - 1.6 times more than the previous generation.

Running at a high clock speed the Kirin 980 enables quicker app launch times, better multi-tasking and a generally smoother user experience. The Kirin 980's unique configuration of cores is flexibly allocated to tasks depending on the device requirements at that point in time.

The next level of gaming:
As graphics in mobile games have become more and more sophisticated in recent years, the Mali-G76 GPU that debuts in the Kirin 980 delivers unparalleled gaming experiences, with 46 % greater graphics in processing power at 178% improved power efficiency over the previous generation. It also features an innovative clock boosting technology that utilizes AI to intelligently identify gaming workloads and adjust resource allocation for optimal gaming performance.

Camera Capabilities:
Huawei is now synonym of the ultimate smartphone photography and its newly launched chipset will further enhance the camera capabilities in the upcoming mate 20 series. The flagship will boast Huawei's proprietary fourth-generation ISP that provides better support for multi-camera configurations, as well as an all-new HDR color reproduction technology that can manipulate picture contrast to highlight objects on various parts of an image. In addition, the Kirin 980's noise reduction solution results in better quality on images taken in low-light and improved motion tracking that recognizes a moving subject with 97.4% accuracy, so users can capture fleeting moments with ease.

The rise of video-centric social media platforms brought together with it a surge of demand for video features. Kirin 980 adopts a new pipeline dedicated to processing video captures, allowing the camera module to shoot videos with 33% shorter delay.

World-Class Connectivity:
To deliver the best connectivity to phones powered by Kirin 980, Huawei integrated the world's first modem supporting LTE Cat.21 with a peak download speed of 1.4Gbps. Additionally, with carrier aggregation across frequency bands, users will be free to choose their mobile operators and still enjoy the same premium connectivity experience, wherever they are.

A Higher Intelligence:
Following the successful Mate 10 launch last year which featured the first camera with built-in AI, the Kirin 980 promises an elevated on-device AI experience with better object recognition, real-time video processing, and precise real-time object segmentation due to the world's first 7-nanometer mobile AI chipset that results in an image recognition capability of up to 4,500 images per minute, further demonstrating Huawei's industry leadership in the On-Device AI space.

The Mate series is one of Huawei's two flagship lines of mobile phones that have consistently delivered true innovation and breakthrough technology like no other. Huawei's Mate Series has always brought best-in-class performance and innovation to the mobile phone market, focusing on new chipset technology, processing power and battery performance, so we can't wait what extraordinary features the upcoming mate 20 series will boast.

A higher intelligence is around the corner. Stay tuned for the launch of the first Kirin 980-powered Mate 20 series, which is scheduled to arrive on October 16th where it will be launched globally, followed by a regional launch for the MEA region that will take place in Dubai on October 24th.