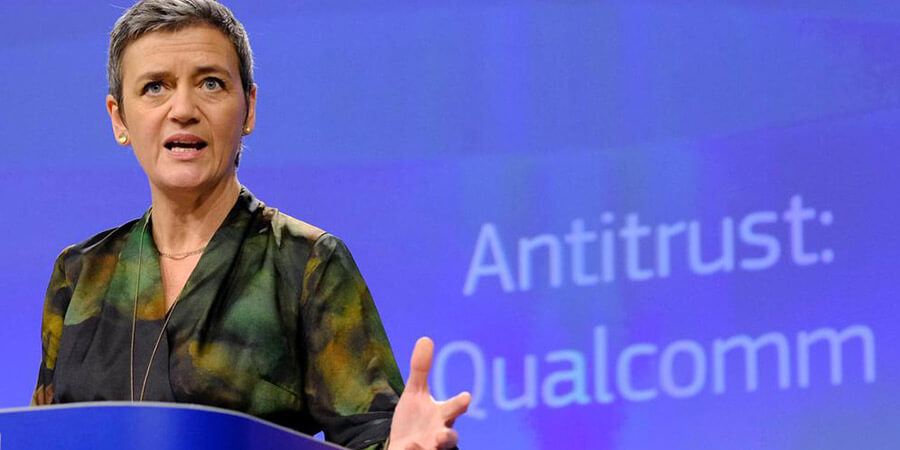 Qualcomm released a statement on January 24 confirming it will appeal a massive fine imposed by the European Commission for alleged market dominance abuse. Earlier that day, the European Commission said in a statement it had decided to fine Qualcomm €997 million ($1.2 billion) for payments it made to Apple in order to secure its leading market position for LTE baseband chipsets.

The EC's decision relates to an expired agreement between Qualcomm and Apple which was in effect from 2011 through 2016, for the pricing of modem chips. The EC alleges that certain provisions of this agreement were in violation of European Union competition law and imposed a fine of approximately $1.2 billion. Qualcomm said it strongly disagrees with the decision and will appeal it to the General Court of the European Union.

"We are confident this agreement did not violate EU competition rules or adversely affect market competition or European consumers," said Don Rosenberg, executive vice president and general counsel of Qualcomm. "We have a strong case for judicial review and we will immediately commence that process."

For quite some time, Qualcomm has been the world's largest provider of LTE baseband chipsets. The EC claims Qualcomm "centered its position by illegally shutting out rivals from the market". This refers to payments Qualcomm made to Apple between 2011 and 2016 so that Apple would purchase chipsets exclusively from Qualcomm. The EU prohibits "dominant companies" from hindering competition in the market.