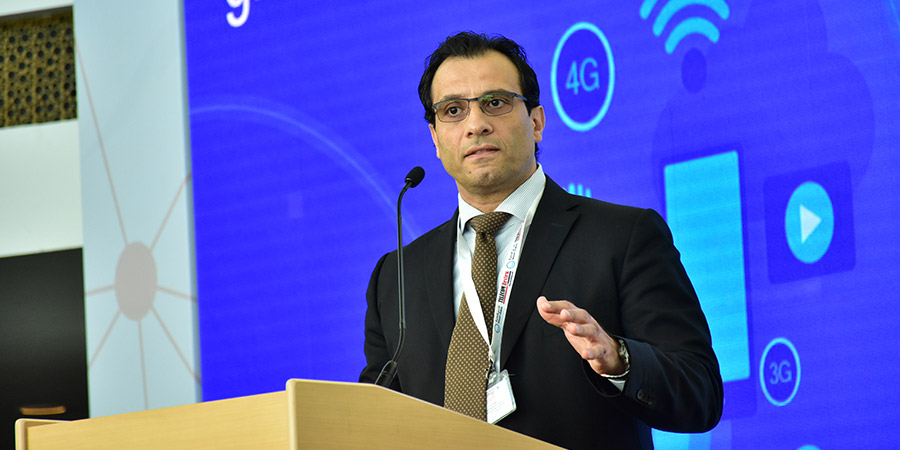 Unlike previously launched new technologies, we are no longer in the process of defining the use cases for 5G. The use cases for the next-generation technology are clear, and have been adopted by multiple industries. Now it's just a matter of making it happen, explained Jay Srage, President of Qualcomm Middle East, Africa and East Europe, delivering a keynote speech at the Telecom Review Summit from December 6-7.

Srage was recognized at the Telecom Review Summit Excellence Awards as ‘Industry President of the Year for Vendors'. On the second day of the Summit, he delivered an expert insight on 5G and how it will enable an era of artificial intelligence (AI), robotics, and machine learning. He was adamant that 5G no longer revolves around finding use cases, but rather making sure it can be delivered as per expectations.

Looking further to 2035, Qualcomm predicts $12 trillion in services and goods being enabled by 5G.

"If you take the typical 7-8 percent that the Middle East region gets, we're talking about $1 trillion in economic growth coming into the Middle East from 5G," Srage said. "That's why it's extremely important for the ecosystem players, the carriers, and all the device manufacturers, to build up the infrastructure around 5G and enable these new goods and services."

"We've seen 3G and 4G revolutionize the access to information. 5G will revolutionize industries as a whole," Srage continued. "For the first time we've seen adoption of technologies coming in from industries to make 5G happen. For example, the automotive industry has traditionally been known for long lead times when adopting new technologies, but now they are the first to embrace 5G."

In terms of what 5G can bring to the automotive industry, Srage said V2X (Vehicle-to-Everything) will enable the ability for vehicles to communicate with moving parts of the traffic system around them Such vehicle to vehicle for traffic information, vehicle to infrastructure for emergency services, and vehicle to pedestrians for safety and prevention.

5G will also have a major impact on the infotainment industry, he said, driving new virtual experiences such as 4K (and future 8K) 360 degree 3D viewing, as well as XR (extended reality) with virtual reality (VR) and augmented reality (AR).

"We're talking about a transformation in automotive and infotainment, but there's also the transformation of healthcare industry using robotics, remote diagnostics and prevention, and so many other applications," said Srage. "And we're going to see varying adoption rates across these industries building up to a comprehensive economic development."

"With 3G and 4G, human intelligence controlled the smartphones and their interactions with applications. As 5G connects IoT and the device ecosystem, it becomes imperative that those devices build up inherent intelligence to manage the inter-device interaction and communication. 5G becomes closely tied to machine learning, AI and the underlying infrastructure such as Blockchain.