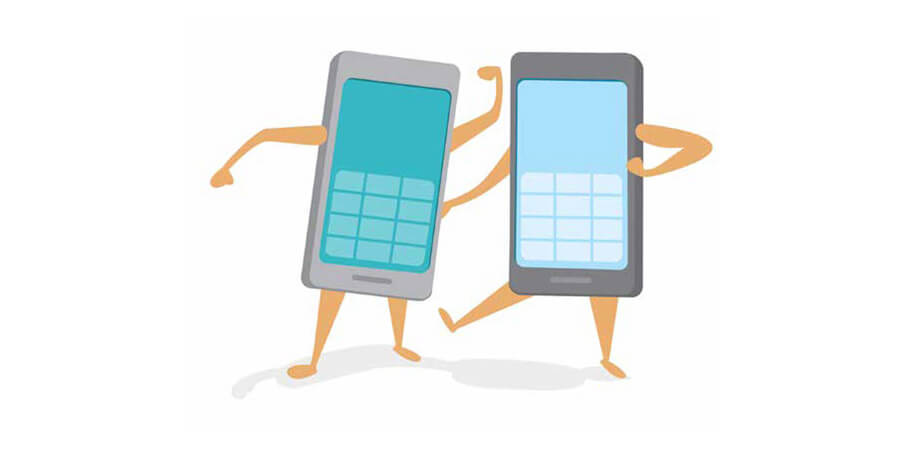 Huawei's ambition to topple its rivals in the premium smartphone market is no secret. Since 2011, the global smartphone market has been dominated by Apple and Samsung. The elusive third-best spot, meanwhile, has changed hands over the years, but now Huawei firmly holds the spot. In the GCC, Huawei experienced an increase in smartphone sales last year, but still trails behind the top two overall.

Apple and Samsung have never had a viable contender to loosen their grip on the smartphone market until Huawei entered the ring. In the GGC, surprisingly, Huawei was the only brand out of the three that saw its sales rise in 2016, according to the International Data Corporation (IDC). This is a significant achievement for Huawei, because smartphone sales in the GCC decreased year on year in 2016 by 23 percent, so Huawei must be doing something right.

The introduction of competitive flagship devices, the positioning of models across a variety of price categories and strong investments in marketing initiatives were among the "drivers of Huawei's impressive growth" in what was an extremely tough year for its competitors, says IDC. Huawei has "dethroned" its competitor Xiaomi, which in 2014 held the global third place position against Apple and Samsung, but now doesn't even make the list of global top five.

Even in Finland, far from its base in southern China, Huawei is disrupting the smartphone market traditionally dominated by Apple and Samsung. Huawei sold 10 times as many smartphones in Finland than Apple in the first quarter of 2016, according to IDC. And in October last year, it soared ahead of Samsung to take the lead. Some reports indicate that Huawei could be the answer to dethroning the world's "smartphone oligopoly".

Huawei has enjoyed a huge growth in sales globally, according to recent Gartner research. The Chinese company has seen its sales increase by a whopping 26.7 percent, while both Samsung and Apple have seen their sales decline by 4.3 percent. This has enabled Huawei to increase its share in the smartphone market to 8.9 percent which is a rise of 7.3 percent from the previous year.

In contrast, Samsung has seen its global market share shrink by almost two percent to 20.5 percent, while Apple has shrunk to 14.4 percent from 15.9 percent. Gartner analysts have suggested the results indicate that Huawei now appears to be the biggest challenger to both Samsung and Apple.

GCC smartphone sales declined overall in 2016 which led to Samsung and Apple experiencing declines of 32 percent and 21 percent, respectively. Only Huawei bucked the trend to record a nine percent year on year increase in its shipments. On the whole, the GCC's mobile phone market experienced a sharp slowdown in 2016, with total shipments down nearly -25 percent on the year before.

That being said, smartphone sales in the region paint a different picture when looking at sales from quarter to quarter. Qatar was the only member of the GCC to post a quarterly decline (-2.2 percent), says Isaac Ngatia, a senior research analyst at IDC Middle East and Africa.

In contract, Saudi Arabia, which had suffered the "worst declines in previous quarters", saw a significant turnaround in the fourth quarter of 2016 by posting the region's highest quarter on quarter increase at 11 percent. The GGC market, says Ngatia, is "beginning to stabilize following the Saudization of the mobile industry" and the "challenging macroeconomic climate that compounded the effects of its introduction."

The UAE, which is the GCC's second-largest market, also saw a "considerable improvement in Q4 2016, with shipments up by about 5 percent Q-o-Q for the final three months of 2016," continues Ngatia. "Q4 is traditionally the best-performing quarter of the year due to spending splurges in line with customary end of year and New Year festivities. Only time will tell if temporary seasonal factors were the main drivers of the market's turnaround in Q4 2016."

IDC's research shows that Samsung continued to lead the GCC smartphone market in Q4 2016, with almost 35 percent market share. However, its shipments were down slightly (-0.3 percent) quarter on quarter. It is worth noting that this does not include the recall of Galaxy Note 7 shipments, which are not recorded in IDC's report.

Samsung shocked the world in September last year when it suspended sales of its flagship smartphone Galaxy Note 7 after numerous reports of exploding batteries. The fiasco hit Samsung hard after a global recall of the Galaxy Note 7 cost the company an estimated $5.3 billion, according to South Korea's Yonhap news agency. But even though the odds were stacked against the smartphone manufacturer, Samsung is showing signs of making a stunning comeback.

Samsung recently revealed that its upcoming flagship Galaxy S8 will contain an AI-powered virtual assistant called ‘Bixby', which is an indicative message of its intent to challenge rivals Apple and Amazon. The anticipation behind the S8, as well as reports that Samsung is working on the world's first foldable smartphone, could reverse Samsung's fortunes after a year of scandals.

The company is still recovering from the corruption scandal which saw South Korea's former president, Park Geun-Hye, impeached. The heir to Samsung, Lee Jae-Yong, has denied all charges made against him involving corruption, bribery, perjury and other offences linked to the former president.

Lee, the vice chairman of Samsung Electronics, is currently being held in custody for his alleged crimes. He has been effectively head of the company since his father suffered a heart attack in 2014. Four other Samsung executives have also been charged. According to a defense lawyer at a court hearing, all of the executives deny "all the charges."

Lee allegedly sought state approval for a controversial merger in 2015 of two Samsung units seen as a key step to ensure a smooth transfer of power to him if his father's health deteriorated. Lee needed the favor because the deal was frowned upon by many shareholders who said it willfully undervalue shares of one of the two firms. But the merger went through after the national pension fund - a major Samsung shareholder - approved it.

Meanwhile, Samsung's top competitor, Apple, maintains its second-place spot in the worldwide smartphone market and in the GCC. Apple was the GCC's biggest gainer in Q4 2016, according to IDC, recording quarter on quarter growth of 20 percent to secure 23 percent share of the GCC smartphone market.

"Apple registered a solid quarter, which can be attributed to the success of its iPhone 7 and the gap created in the market by the Samsung Note 7 recall," says Nabila Popal, a senior research manager at IDC Middle East and Africa. "While the majority of Note 7 customers opted to stay within the Samsung family, Apple benefited from the fact that there are limited Android alternatives occupying the same price band as the Note 7, experiencing a clear boost in iPhone 7 sales as a result."

Apple analyst Gene Munster predicts a stunning growth period ahead for Apple as anticipation grows for the upcoming iPhone 8. Munster recently spoke on the effect the iPhone 8 could have on the market, saying the device will lead to a "paradigm shift." Munster predicts the smartphone will feature "augmented reality as its foundation" which will "lay the foundation of the next computing paradigm."

Regardless of exciting things to come from smartphone vendors, channels and retailers are "struggling to keep up with the ever-changing mobile landscape" in the GCC says IDC, despite the positive figures for Q4 2016. It's clear that lesser-known or smaller brands will find it "difficult to penetrate the saturated market."

All in all, IDC expects the GCC mobile market to see only modest year on year growth of three percent in 2017, as the market begins its long recovery from the -25 percent declines seen in 2016.