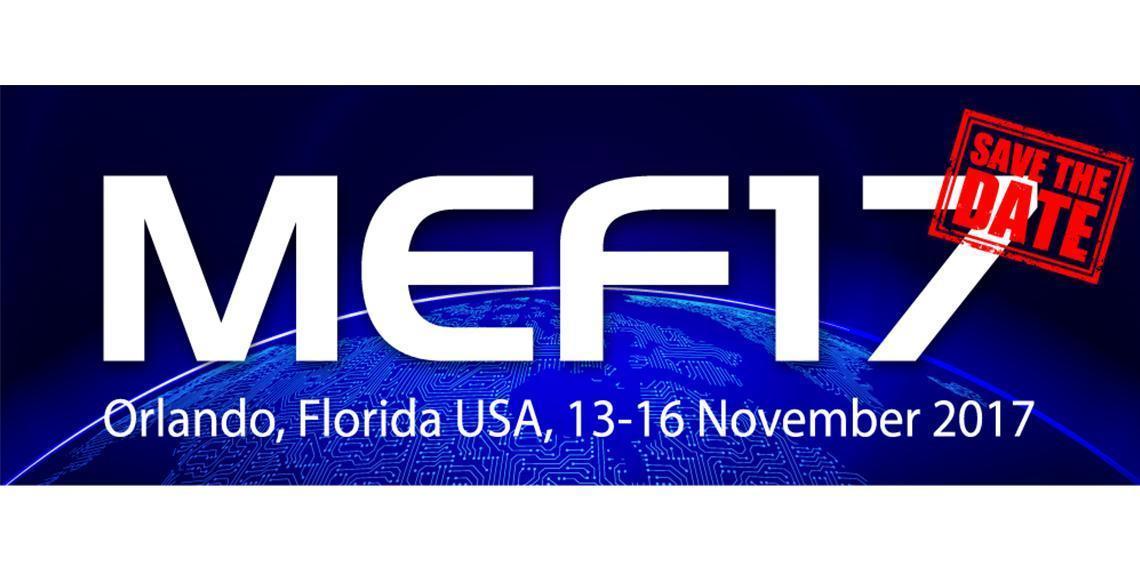 MEF, the driving force enabling agile, assured, and orchestrated Third Network services, is pleased to announce the first group of sponsors for the MEF17 global networking event to be held 13-16 November 2017 at the Loews Sapphire Falls Resort in Orlando, Florida. With a target audience of 1,000+ attendees from 275+ companies and 35+ countries, MEF17 is the world's premier networking opportunity for communications executives and other senior professionals focused on advancing Third Network connectivity and cloud services for the digital economy and the hyper-connected world.

"We are delighted by the widespread support that MEF17 has received from industry innovators who are committed to accelerating the transition to a new generation of on-demand services that ultimately can be orchestrated across a worldwide ecosystem of connected networks," said Kevin Vachon, COO of MEF. "MEF17 will bring together all of the key players enabling the development and delivery of these services over automated, virtualized, and interconnected networks powered by LSO, SDN, NFV, and CE 2.0."