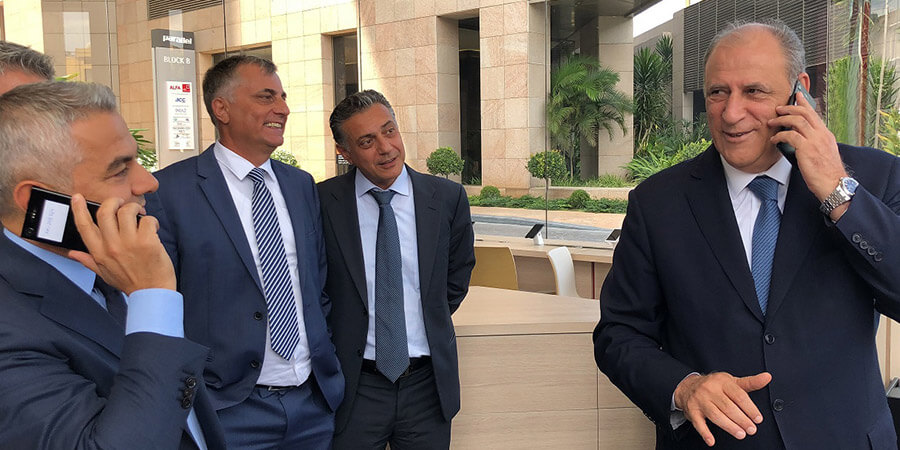 Under the auspices of H.E. the Minister of Telecommunications, Jamal Jarrah, Alfa, managed by Orascom TMT, launched for the first time in Lebanon the Voice over LTE technology from the Alfa flagship store located in its headquarters in Dekwaneh.

In his speech, Chairman and CEO of Alfa, Marwan Hayek said: "We proudly meet altogether in a historic moment, the third in the history of the mobile industry in Lebanon. The first being in 1994, a day that Lebanon witnessed the first 2G voice call on the Alfa network and the second was in 2011 when the Lebanese witnessed the first 3G call on Alfa's network (data and voice). Today, this milestone, in collaboration with Ericsson, marks the first voice call over Alfa's 4G network (VoLTE)."

Hayek also pointed out that in 2013, Alfa was the first operator to launch 4G data in Lebanon, and back then, Alfa also accomplished the first virtual VoLTE call. Today, our network is fully-ready both commercially and technically to launch the service, and Alfa will soon start rolling out the service to its users gradually while keeping pace with all new mobile technologies emerging, all the while keeping in mind that handsets supporting this service are not yet widely available locally and globally. He added, "this exceptional event is the final stop in our move from a traditional to a digital service operator or as it is called here at Alfa, the Happiness Provider".

Hayek explained that the VoLTE service provides its users with 2 main advantages:

Minister Jarrah praised the remarkable contributions of Alfa to modernize the network as well as the services it provides, through which it is keeping up swiftly with all developments happening globally in the telecommunications industry. All of this is happening so we can work together to bring Lebanon back to its previous pioneering position in the Industry so that it becomes a model of progress in line with our aspirations for the sector.

He added, "This development requires a lot of effort and time; but despite our modest potential, we have no choice but to catch up with the technologically advanced neighboring countries. Our efforts are being translated in network modernization as well as provision of reasonably priced services for the Lebanese people. This is evident, and Alfa is working relentlessly in this regards through the VoLTE service as well as providing better bundle prices in line with its users' needs".

Minister Jarrah and Hayek then made the first VoLTE phone call in Lebanon through Alfa's network.