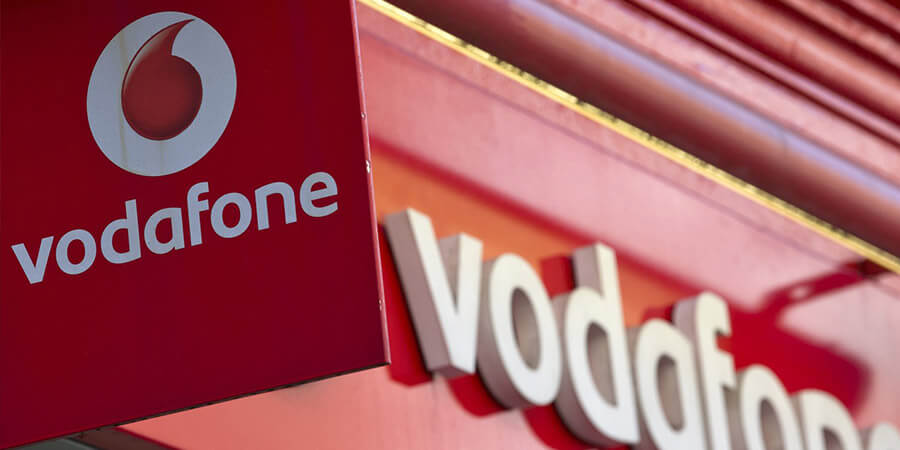 British telecom operator Vodafone suffered from a 4.9% erosion of its total revenue in the first quarter, reflecting the adoption of IFRS 15 and FX headwinds and a difficult market in Europe against a backdrop of stiff competition.

Over the period from April to June, corresponding to the first three months of shifted fiscal year 2018-19, the group recorded sales of 10.9 billion euros.

The group's director general, Vittorio Colao, who is due to leave his position in October after 10 years at the head of the group, admitted that, as expected, activity slowed during the quarter.

"The Group's organic service revenue growth slowed during the first quarter, in line with expectations. The majority of our operations performed well, with ongoing momentum in Germany, further underlying recovery in the UK and continued good growth in AMAP, all of which helped to offset increased competition in Italy and Spain," he said.

"Our commercial performance was solid, with further broadband market share gains in Europe, a record number of customers adopting our converged propositions, and the continued success of our world-leading IoT platform. The Group's overall performance (including good progress in reducing absolute operating costs for the third year running) provides us with the confidence to reiterate our outlook for the year", Colao added.

The group highlighted a 57% growth in mobile data traffic, given the increasing use of the smartphone in its various markets, in spite of the end of roaming fees in Europe, the use of offers without buying any phones, and the existing competition have been forming headwinds.

Competitive pressure is increasingly felt in southern Europe, particularly in the Italian peninsula, which witnessed the arrival of the French group Iliad, owner of Free, in late May. The latter said it has already attracted one million customers in the country.

At the level of fixed Internet, Vodafone says it has won 128 000 new customers in Europe which is less than the previous quarters.

Outside Europe, the group is doing slightly better in the AMAP zone (Asia-Middle East-Pacific), even though its revenue has fallen sharply due to negative exchange effects related to the fall of Turkish lira and the end of its business in Qatar.

In addition, Vodafone's sales are growing in South Africa, Turkey and Egypt. Its activities in India are no longer recorded in its accounts, due to their merger with the operator Idea Cellular, which should be completed in August.

Despite this subdued first quarter, the group, which had registered a spectacular comeback in the green in 2017-2018, confirmed its objectives for the current year, namely a modest increase, between 1% and 5% of its EBITDA.