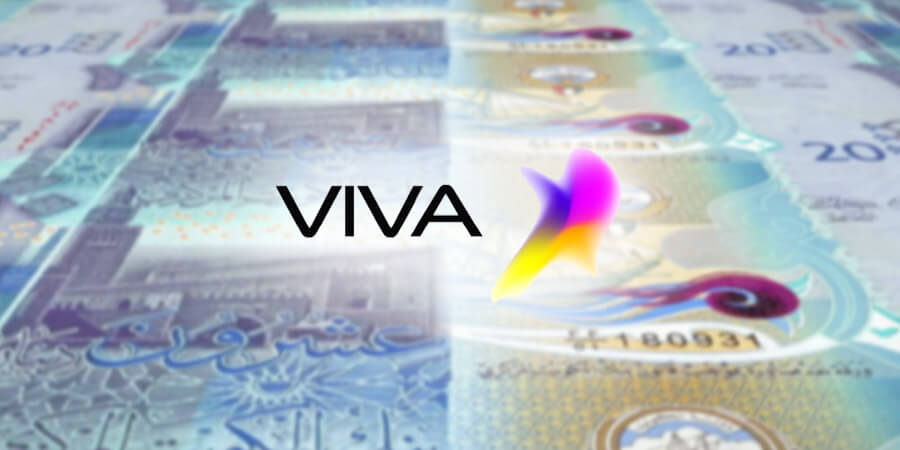 These results reflect VIVA's focus on achieving superior customer experience, high quality of services, innovative promotions and packages offered to its customers to meet their needs and expectations, inspired by our customers' confidence which motivates us to provide the best services with the highest possible quality.

Commenting on the six-month's financial results, Dr. Mahmoud Ahmed Abdulrahman, VIVA's Chairman said: "Despite the high competition witnessed in Kuwait Telecommunication Market, VIVA was able to achieve growth in profitability and revenues to sustain the operational efficiency to ensure generating positive return to our shareholders. These Results were achieved by an integrated management approach from a highly professional team that reinforces VIVA's substantial and positive role as a leading telecommunications company that always provides intelligent communications solutions to satisfy the needs of its customers".

According to Eng. Salman bin Abdulaziz Al Badran, VIVA's CEO, "Results of the six-month period ended 30 June 2018 came in line with VIVA's goals and boundless ambitions to achieve an increase in its operational revenues, profitability and strengthen its leadership in the telecommunication market. It is noteworthy to mention that, VIVA has won many awards including 'Speedtest Award Winner 2017 - Kuwait's Fastest Mobile Network' by Ookla, and launched Voice over Long Term Evolution Plus 'VoLTE Plus' technology, and was the first telecom company in Kuwait that has physically demo its 5G services to its customers."

Al-Badran added, "VIVA has achieved good levels of revenues and increase in the profitability which improved the company's financial and operational efficiency. As a result, VIVA recorded revenues of KD 149.1 million during the first six-month period in 2018 and achieved net profit of KD 23.8 million (earnings per share of 48 fils) recording  growth of 21% compared to the same period in 2017, whereas EBITDA reached KD 37 million compared to KD 32.3 Million during the same period in 2017. On the other hand, VIVA customer base has reached 2.35 million at the end of June, 2018".

On his part, Mohammed Bin AbdulMohsen Al-Assaf, VIVA's CFO, said that "VIVA's financial results reflect its ability to compete, sustain revenues and maintain its position as the second largest telecom operator in the Kuwaiti market in term of market share in the telecommunication sector. The company managed to reach nearly 0x leverage ratio due to its safe financial policy at the end of June 2018 as compared to 0.27x recorded at end of June 2017".

"We started to observe the impact of the cost optimization program adopted by the company during the current year on profitability, as the company adopted a balanced and effective financial policy in managing CAPEX and operating expenses. We will continue our hard work in implementing our strategy to maintain our competitive edge and achieve further growth and success in the Kuwaiti telecom market through offering innovative products and services in line with the latest technology to meet our customers' needs", Al-Assaf added.