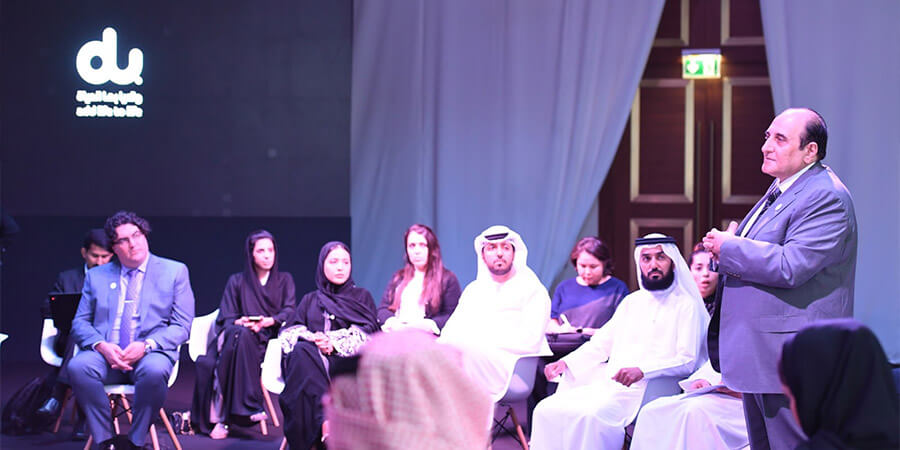 The second instalment of du’s Public Service Announcement, themed "If it were your pain, would you share it?" was unveiled on 19 February to raise awareness and inspire conversations around conscientious social media usage. The campaign comprises of four compelling videos that address the negative impact of posting people’s misfortunes online and question the motives of the people behind the camera lens.

The videos illustrate and highlight the harmful and unethical nature of sharing pictures and videos of negative situations such as accidents, bullying, pranks, and other ill-fated incidents on social media that have become increasingly prevalent recently.

"We are in an era where our digital and real lives are not so clearly demarcated. While a lot of prominence is given to having a digital footprint and engaging with audiences online, it is also pertinent that we maintain a moral compass in practicing discretion," said Osman Sultan, Chief Executive Officer at Emirates Integrated Telecommunication Company (EITC), the parent company of du.

"Whilst the Ipsos Research we commissioned reveals a perceived increase (57%) in negative posts during the past year, it also reveals a request for guidance from decent corporate citizens, particularly the telco and digital sectors," Sultan added. "At du, we believe we have a role to play in championing altruistic initiatives that have a bearing on our society and communities; as a key enabler of connectivity, creating discourse and awareness of such issues is not only relevant but essential."

To raise awareness and inspire conversations around immoral social media usage, du produced a collection of four hard-hitting films that illustrate the harmful and unethical nature of this behaviour. The films address bullying and accidents, which emerged as the two most frequent kinds of negative situations experienced or witnessed by respondents; as well as suicide attempts and fires, inspired by real-life trends in the region. The films aim to use emotional messaging to highlight the gravity of the issue at hand and speak to social media users on a real, human level.

"Social media affects us all, both positively and negatively, and we believe it is our responsibility to help protect UAE residents from threats posed by misusing it. The survey revealed some troubling habits of social media users in the UAE, and we hope that by creating a campaign from our findings, we can provide a platform for purposeful conversations around ethical online behaviour," said Abdulwahed Juma, Executive Vice President of Brand and Corporate Communications, du.

"What was worrying is that as many as forty five (45%) percent of the participants that have experienced any negative situation that affected them as a person during the past 12 months said that someone posted about their negative situation online, and this was a statistic that we could not ignore," Juma added.

When asked what they would do if they witness negative situations such as bullying or accidents in real life, more than half (51%) of the survey respondents said they would contact the authorities and nearly the same amount (45%) said they would offer to help; meanwhile, when respondents see posts of these types of events online, only 16% said they report or flag the post.

Similarly, while more than a third (35%) of respondents said they would ignore these events happening in real life, nearly twice as many (42%) said they actively watch them happen online rather than ignoring - and 16% go a step further by sharing these posts after viewing them.