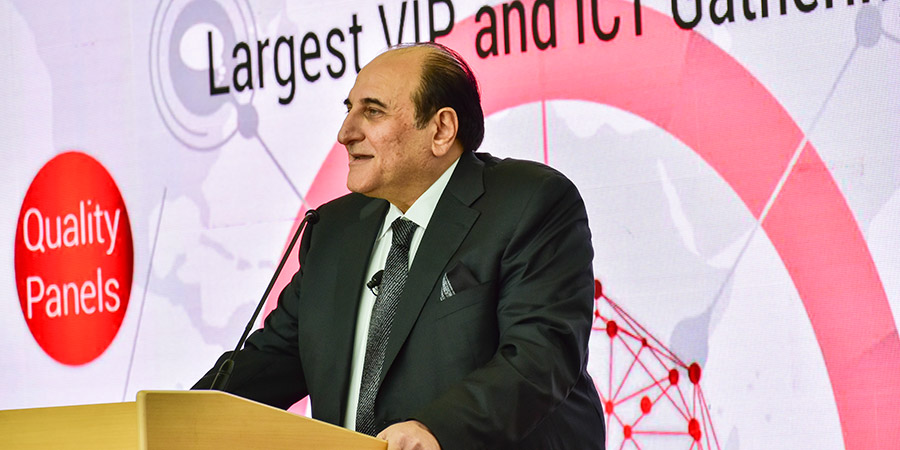 Osman Sultan, CEO of EITC, the parent company of "du" and "Virgin Mobile UAE", said long-standing and durable business models are failing, and that if companies don’t embrace digital transformation it will almost certainly signal the death of enterprises and organizations. Mr. Sultan made the remarks during a keynote presentation he delivered at the 9th edition of the Telecom Review Leaders’ Summit from 6-7 December.

Mr. Sultan delivered a fascinating insight into how the landscape of the telecommunications industry has been completely transformed, although he did suggest that every other industry is going through similar transformation.

Sultan said enterprises that didn’t have a coherent strategic plan towards digital transformation, or those that don’t embrace the methodology behind it, will lose market share. In addition to this, he highlighted that traditional business models are no longer effective, and that there is now more uncertainty than ever before regarding the future of individual organizations.

Sultan said, "I want to begin my presentation by taking some quotes from a recent report published by Forrester. In the report they’ve stated that whilst economies are growing, stock markets are climbing and employment is healthy, they’ve also said that despite all of this positivity, the fate of individual companies has never been so uncertain. The lack of foresight by some towards digital transformation has had a detrimental effect towards market share, but the biggest issue is the fact that longstanding and durable businesses are failing."

Mr. Sultan explained that industries including that of the telecommunications sector used to consist of business models that ensured they had their own certainties. However, a number of factors disrupted these traditional, longstanding and ultimately durable business models to create the system we’re now living in. He highlighted three key factors and one major change which altered these business models.

"The multi-screen equation which was the TV, computer and phone all became one unit," he added. "The third factor was new user interfaces globally. However, the most important disruptive thing was that users became a major part of power in the equation. YouTube is the largest video depository in the world and YouTube doesn’t produce one single video. As a consequence of this, our models are changing from vertical to horizontal."

Mr. Sultan believes the telecommunications industry missed a huge opportunity by focusing solely on the pipeline in its approach to its business. He illustrated this by quoting his former Chairman at French Telecom Group who said, "Our business is the pipeline, what happens on both sides we don’t care, this is not our business, we don’t make money from that." According to Sultan, this was the DNA in the thinking of telecom operators, and he believes if the industry had more foresight they could’ve avoided the issues currently presented by OTTs.

Sultan said, "We didn’t look at new user interfaces, and if we did we could have played a huge role at the two edges of the pipeline for new content aggregation business models. However, the business was the pipeline, and that was the existing business model, and we never looked beyond that."

"Telecommunication operators used to be organized by fixed business, mobile business and wholesale business, and we used to provide the entire chain of activity, infrastructure, access, broadband services, distribution and billing, but that has all been altered now and as I’ve already mentioned, as business models have changed from vertical to horizontal," he said.

Mr. Sultan said the global movement towards smart cities provided the perfect example of business models moving from vertical to horizontal. He used Dubai’s progressive government as an example of this. He claimed that transformation on this disruptive scale would continue and also described it as fundamental.

Sultan concluded by saying that other industries have also experienced complete transformation, and he cited the media as an example of that. He said, "The classical model that existed in media was a system where you had TV, radio and print, but now that has converged totally."