OSN has terminated its partnership with Netflix and plans to discontinue the streaming application from pay TV’s network platform, effective August 11, 2019.

Last month, customers received a notice from pay TV which stated, “We would like to inform you that as of July 12, 2019, we will not be able to receive Netflix invoices via OSN due to a decision to remove the Netflix application from the OSN receiver on August 11, 2019. To continue watching, update your payment method and download Netflix on your smartphone, mobile, tablet or website.”

Back in February 2018, the two companies signed a deal which consisted of offering OSN customers access to Netflix via the new OSN Box as well as enabling customers to have the flexibility to purchase their Netflix subscription through an OSN bill.

Netflix commented on the issue by stating, “Netflix is constantly exploring ways to create a better experience for its members. In this context, we have reached a mutual agreement with OSN to terminate our partnership. As of August 11, 2019, the Netflix app will be removed from OSN set-top boxes and we will discontinue supporting OSN as a method of payment for our members.”

“We are currently focusing on our own OTT offering WAVO, which we believe adds a lot of value to our subscribers,” said an OSN spokesperson. 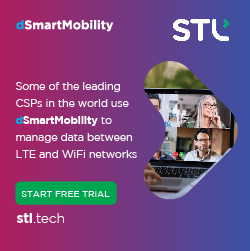