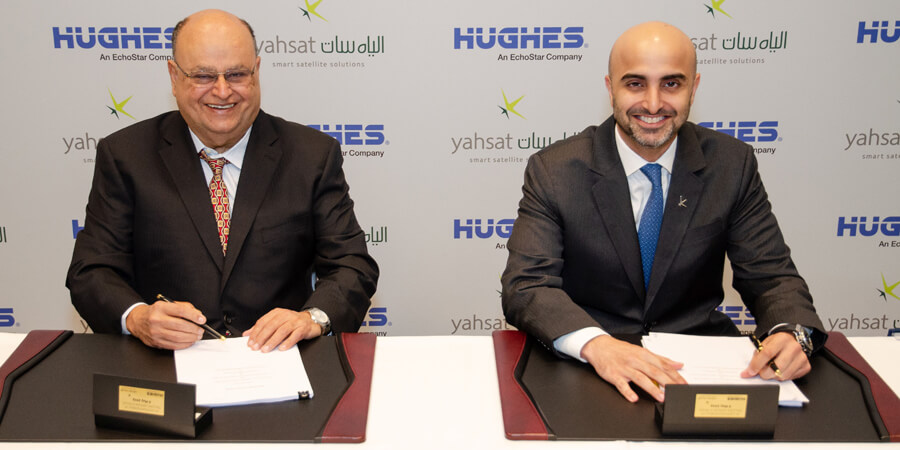 Al Yah Satellite Communications Company (Yahsat), a leading global satellite operator based in the United Arab Emirates and wholly owned by Mubadala Investment Company (Mubadala), and Hughes Network Systems, LLC (HUGHES), a subsidiary of EchoStar Corporation announced an agreement to enter into a joint venture to provide commercial Ka-band satellite broadband services in Brazil. This new venture combines Hughes experience delivering satellite networks and services in Brazil with Yahsat’s strong position and capabilities in the region. Hughes will hold the majority interest in the joint venture.

In 2018, Yahsat and Hughes launched a joint venture to provide satellite broadband services to the Middle East, Africa and southwest Asia markets.

“The formation of the new joint venture with Hughes in Brazil will strengthen the nation’s digital landscape and bring with it a host of lasting benefits for communities and businesses across Brazil,” said Masood M. Sharif Mahmood, Yahsat’s Chief Executive Officer. “Our partnership with Hughes supports Yahsat’s mission to enable social and economic development by empowering communities in remote regions with high-performance broadband connectivity. We now look forward to combining our efforts to unlock the massive potential of the largest and most exciting economy in Latin America.”

Pradman Kaul, president of Hughes, added, “Yahsat is the logical partner for Hughes in Brazil as we continue to expand our services and meet growing demand across consumer, enterprise and carrier markets. Brazilians throughout the country will benefit from the capacity, scale and operational synergies of our combined entity as we connect the unconnected and enable businesses and communities to thrive.”

Completion of the transaction is subject to customary regulatory approvals and closing conditions, and is expected to occur later this year.