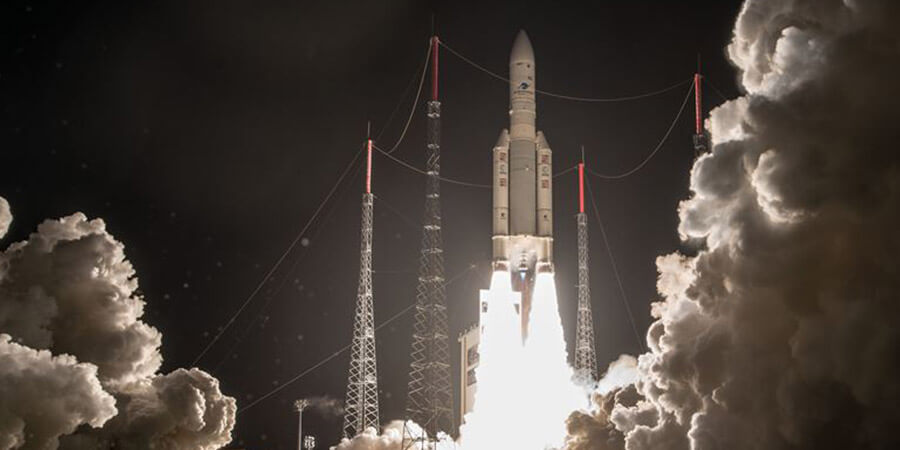 UAE satellite operator Yahsat has confirmed the launch of Al Yah 3, the third satellite in the company's fleet. The launch is a key milestone in Yahsat's strategy to expand its Ka-band coverage across Africa and to establish a presence in Latin America.

The mission experienced some challenges during the launch stages, which resulted in the Al Yah 3 satellite being inserted into an orbit that differed from the flight plan. However, the satellite is healthy and operating nominally. A revised flight plan will be executed in order to achieve the operational orbit and fulfil the original mission.

"We are pleased to know that the satellite is healthy, and that the necessary steps are being taken to ensure the original mission is fulfilled," said Masood M. Sharif Mahmood, Chief Executive Officer at Yahsat. "I would like to thank our technology partner Orbital ATK and the Yahsat team for ensuring the Al Yah 3 objectives are met."

Frank Culbertson, President of Orbital ATK's Space Systems Group added, "Based on data from initial communications, I can report that Al Yah 3 is in orbit, healthy and responding to commands from our mission operations team. We will continue to work closely with our customer, Yahsat, to meet their mission objectives and remain confident that we will deliver a fully operational satellite to the planned orbit."

Al Yah 3, an all Ka-band satellite, and the first hybrid electric propulsion GEOStar-3™ satellite completed by Orbital ATK, was launched on an Ariane 5 rocket by Arianespace at 22:20 UTC on January 25, 2018 from Kourou in French Guiana.

Al Yah 3 will join Al Yah 1 and Al Yah 2 in helping to empower millions of people across the Middle East, Africa, South West Asia and Brazil to access affordable Internet access via Yahsat's high-speed satellite broadband service, YahClick. The service is designed to provide satellite broadband Internet to everyone, opening up new opportunities for every aspect of society from governments and enterprises to end users at home.

Al Yah 3 will expand Yahsat's commercial Ka-band coverage to an additional 19 new markets in Africa, reaching 60% of the population. Furthermore, Al Yah 3 will serve Brazil, covering over 95% of its population.

Al Yah 3 is due to begin delivering commercial services later in 2018.