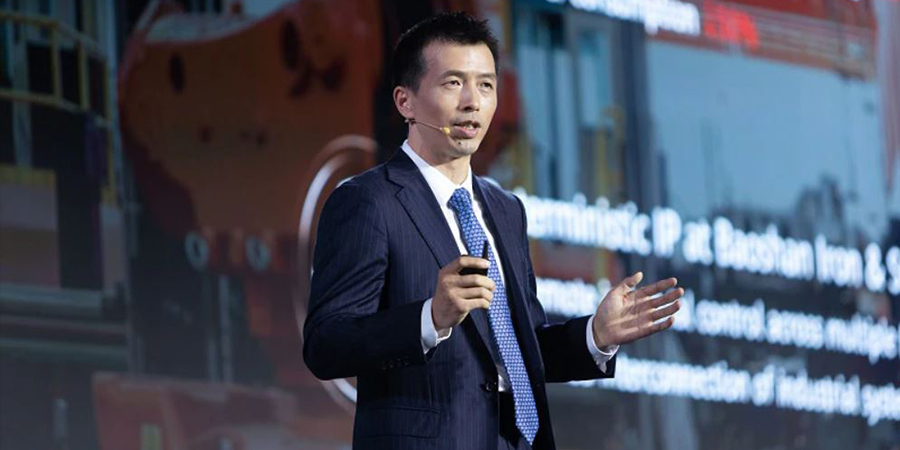 The 7th Ultra-Broadband Forum (UBBF 2021), the world's largest summit in the fixed network field, hosted by Huawei aimed at highlighting the role of ultra-broadband network in keeping the world connected. The theme of this year’s event is titled "Extend Connectivity, Drive Growth".

The event, held in Dubai, brought together leading global operators and industrial partners who exchanged ideas on a range of topics, including network infrastructure construction, regional digital economy, successful solution application, and expansion of industry growth space as well as best practices in business cooperation.

Several keynote speeches from senior Huawei executives and guest speakers focused on the importance of connectivity in fixed networks.

In his speech, Ryan Ding, Executive Director of the Board, President of the Carrier BG, Huawei, said, "Connectivity is more than just an expansion of functions; more importantly, it is an emotional bond. More than 170 years ago, the world's first submarine cable was laid, sending the first communication signal across the ocean. This was a huge step forward for humanity. About 20 years ago, connection speeds exceeded 32 Kbps, and video began to surpass text as the major form of traffic, allowing us to communicate like never before". He also stated that connectivity "makes the world a better place".

Meanwhile, basing his speech on the reality that the value of connectivity was being redefined by society and pace of industry development is accelerating, Peng Song, President of Global Carrier Marketing & Solution Sales at Huawei, informed the audience about Huawei's C.A.F (Coverage, Architecture and Fusion) model, which he said was designed to help operators build network competitiveness. Peng stressed on the need for extending connectivity inside every home and every enterprise, and converge with the cloud to "meet both present and future requirements".

He further went on to elaborate on the abbreviation C.A.F, stating that “C” represented coverage and said that with a broader coverage, the network would allow more number of connections to meet the changing demands of connectivity from households and enterprises for the new growth; “F” was for fusion between connectivity and Cloud, which was supremely important to speed up digitalization; and lastly, “A” stood for architecture, which is the cornerstone for current and future business opportunities. He noted that a future-oriented network should be more elastic, more efficient and greener.

In conclusion, Peng quoted an Arabic proverb that says “Deeds are fruits, while words are but leaves” to drive his message across. He said, Huawei is continuing to focus on innovation in connectivity technologies. He also said that Huawei will continue to play its part and support customers to achieve business success both now and in the future.

Also in her opening speech, Doreen Bogdan-Martin, director, telecommunications development bureau, ITU, said, “2020 was the year when the dial on broadband connectivity shifted from desirable to essential. For much of the world, a return to pre-pandemic normality has yet to materialize as nations struggle to find a way to transition out of the pandemic. Broadband connectivity continues to play a pivotal role in sustaining countries communities and individuals. Remote working remains, distance education hybrid education structures remain in place in many countries, but the massive spike in use and the importance of broadband connectivity brought on by the crisis stands in sharp contrast to the slowing global growth and internet users and a persistent and pernicious digital divide. Right now, 3.7 billion people remain totally offline. Our figures show that while close to 87% of people in developed countries are using the internet, fewer than one in four people in the 46 least developed countries was online. With COVID now turbocharging digital transformation, a situation where billions of people are deprived of a resource increasingly regarded as basic infrastructure in the world’s richer countries can simply no longer be tolerated… It is time to dramatically accelerate effort to upgrade, to extend and to densify broadband infrastructure.”

UBBF has been successfully held each year since its inception in 2014, and has become the most important event leading the development of the ultra-broadband industry.