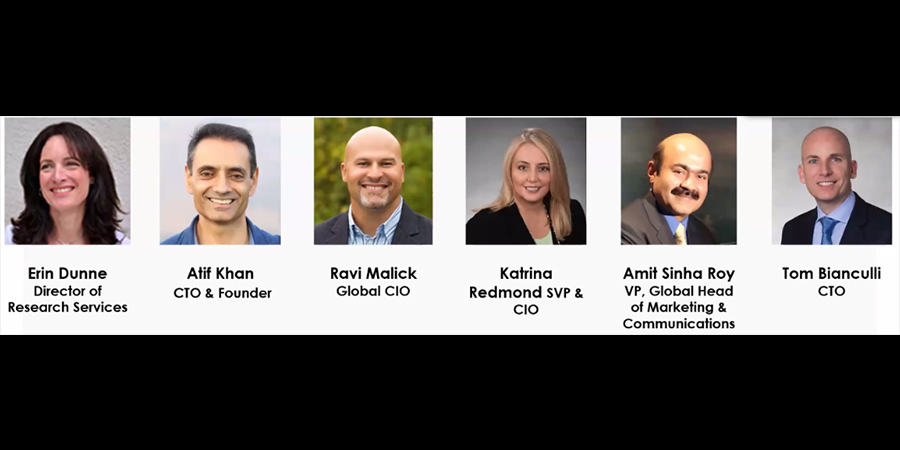 Regarding managing networks and applications she said, “It's just not the application traffic that's changed. It's the networks that this traffic rides on, and without the network, everything kind of goes away.” She pointed out that many changes are happening with the connectivity such as bandwidth going up with emerging services and legacy services going down. “Broadband as we know has really become a much more important part of our everyday lives,” she added. Regarding cost, she said, “We're seeing a lot of cost improvements in the value to cost ratio.” She stated that out of all the ‘Cs’, cloud was the most important as both public and the private cloud is what “drives all of the differences in our ecosystem.” On cybersecurity, she noted that more than a driver, it has become a requirement. “When you take 1000s of employees from tall shiny buildings and you put them in their homes, security needs to be an issue,” she said.

She also presented the results of a research done by Vertical Systems Group over the last many years that shed light on the primary challenges and initiatives taken by vendors, service providers and enterprise users in relation to their time, resources and capital.

The findings revealed the evolution of business and network transformations from 2019 until 2021. It showed that in 2019, platform tuning, customer migration, service deployment and business execution were the priorities, as for 2020, the focus shifted towards accelerated enterprise IT transformations, flexible work from home (WFH) solutions, staffing resources and supply chain. In 2021, there was the need of refocusing on enterprise transformations, multi-cloud connectivity, integration of security and SD-WAN and enhancement of customer experience.

On that note, the discussion moved further along to understand what was on the table going forward over the next 12 to 18 months.

Responding to the first topic – ‘The importance of innovation for business transformation’, Ravi said that innovation was at the core of what they did in the company. “It's probably one of the biggest aspects of a value that we can provide to our customers as there’s an expectation that we're going to constantly innovate and invest in our core product offering.” “Really focusing on how do we innovate, and meet the needs as well as anticipate the needs of our customers are how we're thinking about the future of work,” he stressed.

Amit agreed to what Erin had shared and mentioned about a global CXO survey that his company had concluded with about 750 organizations across 11 countries. Based on the maturity of the digital platform deployment in these companies they were classified into three distinct categories - digital trail blazers, the ones on the top; migrators, the ones in the middle; and aspirants, ones just starting out. He said that an aggregate level, surprisingly 90% of the enterprises surveyed were yet to achieve digital first goals. “So, in summary, it's only the 10% trailblazers, the enterprise with the most advanced digital operating models who were able to grow during the crisis, the migrators, we saw with patchwork hung in there, and the aspirants lost market share. It's quite a bit of learning that we gathered from these discussions that those are some of the consequences of waiting and watching versus being a digital first,” he added.

Looking at the importance of innovation from an internal productivity angle, Katrina said , “Trying to figure out a way to displace older legacy technologies with more contemporary technologies, the cost component of that, as well as the sheer productivity drain that an organization suffers when they're trying to go through that process, we've got to be able to innovate.” “There's got to be this whole transformation and the expectation of how we work internally in order to create the financial capabilities to take advantage of some of these more cutting edge and contemporary technologies, but it's difficult for old industrials like where I'm coming from to make that transition unless we figure out ways to eliminate through innovation,” she added. She felt that for external innovation with the customer base, collection and analysis of data to take advantage of that information to make clearer, concise, predictive decisions was key. “There's that practical component of innovation and business outcomes that can't be missed,” she explained.

Atif Khan felt that in the cloud era innovation in networking was a must. “Networks cannot be built the same way they were built five years ago or 10 years ago because the way cloud is being adopted in general by enterprises,” he said. “Networks have to move as fast as the application people are moving. When it comes to development and implementation deployment, network has been lagging. Tons of innovation is required and tons of innovation is being worked on,” he stressed.

Responding to the second topic ‘Networking technologies and strategies to enhance your competitive edge’ Amit talked about the underlay and the overlay from the service provider perspective. He said, “If you look at the future of networking technologies, it lies in bringing in more controllable capabilities such as bandwidth on demand, policy changes through SDRAM, etc. The second area is being able to have composable networks, it could be bring your own licenses, network components security and so on. Intelligence in the overlay could be intelligent routing, and in the underlay it could be AI or Ml based fault resolution. And finally the convergence of SASE, a term that's now being used significantly to bring in some network security convergence for an evolved underlay and overlay capabilities. To elaborate as part of the underlay capabilities, there is the core data network, which could be MPLS internet so on and so forth. And then there is the internet. The core network needs to be more programmable rather than static for agility. There is no end-to-end SLA so far, so it needs to be more reliable and predictable in performance if we got to get those cloud applications and data moving in response, with a good response time.”

Adding to the conversation, Atif Khan said that agility and simplification are the two key aspects to build my network on demand to be able to consume network infrastructure as a service. “You have to make sure that the networks are secure because there are so many ways you can connect to the cloud, and you don't want people building random tunnels to connect to clouds without a secure perimeter. All in all, it all boils down to speed simplification.”

Ravi said that the network is catching up with things like SD-WAN and 5G and Wi-Fi 6 and it was interesting to see how it is coming to the forefront. “Typically this isn't necessarily something that's on CIOs radar because it's considered infrastructure and most CIOs come up on the application side or the business side, so there's a deeper connection to how the software is driving and unlocking business value. Network holds all the keys. If you want to understand what's happening in your environment, you need to understand what's going on in the network. Cybersecurity is on just about every board's radar. To close gaps and cybersecurity, the network is certainly the first place I would start,” he stressed.

Joining the conversation, Tom said that optimization of end-to-end network was key across verticals. “All of that data from those endpoints bring it back to the cloud, and AI and machine learning can extract the insights that individuals can take action on. It comes back to orchestrating the next best moves of your people, your assets, your inventory based on that aggregated data view and that's where the network has become really critical, he added.

Shedding light from a CIO perspective, Katrina said, “We have a very disparate geography of 600 plus locations across the globe, and the challenges that we face country by country are different with networks trying to solve the last mile with 24 x seven operations. Solve some of these in a cost attractive way, sun-setting legacy approaches in terms of the speed equation, the flexibility equation, the ability to have a multi solution is critically important for our particular circumstances in this industrial environment spread across the globe. Even if we could even do half of what we just talked about in any timeline, you know it's a game changer. Wherever we can find those innovations and we can take advantage and consume those, we're all for it and trying to find pathways to that.”

Atif Khan stressed on the need for on-demand nature of networks considering the adoption of cloud whereby users are able to connect their laptop and mobile device and start consuming network as a service.

The third topic dealt with “what impactful innovations were needed to go forward.”

Responding to this topic, Atif Khan said, “From the applications traffic perspective, earlier it used to be from user sites to data centers. Now, majority of the enterprises are consuming SaaS applications over the internet. So that traffic pattern has changed completely. You cannot build your networks based on the traffic patterns which used to be the case many years ago. People are building or running their applications in public cloud. So networking needs to be taught differently and built differently based on these requirements, more than 50% of traffic is now destined for outside of the four walls of your network.”

Tom mentioned the concept of innovation diffusion, which typically follows an S curve -slow to adopt and rapidly gets deployed and kind of levels off. He felt that when it came to connectivity and mobility, we were “pretty far along” with mobile first, data first in that innovation diffusion S curve. “And so what our customers are asking for in the industry requires us to not pedal faster on the existing S curve because we're sort of at the point of diminishing returns, but to jump to that next S curve and that's where we want to automate actions to be able to leverage this contextual data to make better decisions,” he stressed.

Ravi responded by saying, “For us, making sure that the customer has an experience regardless of what type of network that they're running on. There are certainly things within our control that we can do within our product to try and enable that but to some degree, we also depend on innovation continuing in the network space.” Adding a cost dimension to it, he said, “In a cost effective way people can enable the connectivity, speed and bandwidth that they need to support their needs of the business.”

Katrina concurred to the customer experience layer aspect mentioned by Amit where it did not really matter what was underneath as long as the transitions were as smooth as possible to meet requirements. She talked about composable architectures that allowed interoperability. “That interoperability component has got to be very tight and it's challenging to find industrials out there that are really on their front foot relative to solving a lot of these issues. For my company and for other competitors, we're struggling with the same sorts of things and we've got a lot of technical debt over the years that you got to figure out a way to manage through to get to some of these more fluid, more progressive more contemporary capabilities. It's a strange balancing act, but you've got to keep scrounging and fighting to realize but at the same time, not lose focus on those areas that will actually provide a value proposition from our customers perspective, how do we prioritize some of the usage of this as we're continuing to navigate this innovation spectrum?”

Putting across his final thoughts, Amit said, “One of the things we possibly need to look at is AI coming into the network. There are certain challenges with deploying AI, relating to the perception that it possibly takes away jobs and also becoming intrusive, but coming back to the network, the use case for embedding AI into the networks and into the applications, services, it can generate so much efficiency.”