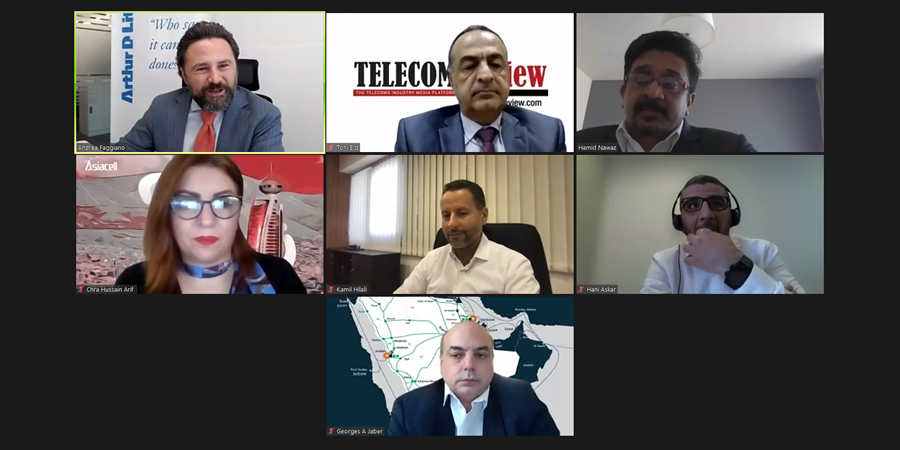 The Telecom Review webinar, powered by SES, and titled ‘Revolutionizing connectivity through innovation’ explored the various options and shared insights on improving connectivity, especially during the 5G era.

The esteemed panelists sharing their views and expertise were as follows:

During the session, the panelists responded to the various questions addressed by the attendees. One of the questions was related to the perception that 5G is being built faster in the GCC region as compared to most of the parts the world. The 5G growth showed no sign of abating, even during the Covid-19 pandemic and as a matter of fact, its adoption grew leaps and bounds. Recent statistics suggest that the GCC is forecast to have 62 million 5G mobile subscriptions by the end of 2026. The question was mainly framed around the primary challenges faced by mobile operators when it comes to 5G in terms of ARPU and capex, and how satellite connectivity would help to fill the gap.

Volunteering to address the question, Kamil Hilali said that the “challenges were many but the benefits of 5G are plenty.” He felt that monetization of the networks would be the main concern at the end of the day as operator are investing heavily on 5G infrastructure and spectrum. He also said that 5G compatible devices were unavailable a few years ago but now they are easily retrievable. He also stressed on focusing on reducing the cost and creating infrastructure companies to ease the challenges. He opined that the countries in the GCC that saw the growth of 5G mostly had fixed infrastructure connected to data centers with fiber optics for superior user experience. Regarding the role of satellite connectivity, he felt that the technology would still have to wait for further advancements in order to tap into the 5G market.

Regarding the general view that 5G is more complicated as compared to 3G and 4G when it comes to the compatibility with satellite technology, the panel sought to seek for some perspective.

On this, Hamid Nawaz did not agree with the perception that satellites were a costly solution. He felt that that perception is changing gradually with today’s technology push and innovative business models, and solutions are being embraced by industries. “There is a technology push for more productive satellites and ground infrastructure. We have seen industry pushing for substantially more cost effective powerful and flexible space and ground infrastructure, for example, standardization and reusable launch vehicle. This is bringing the Capex involved in putting the constellation at much lower value,” he explained.

He also added that enhanced flexibility through digital processing, beam-forming, adoption of SD-WAN, flat panel antennas etc., in case of direct-to-tower connectivity, along with new commercial models and lower TCO solutions were also being explored. “We have tested 5G over medium earth orbit satellites and stand-alone 5G and the results are phenomenal. We have pay-as-you-go, revenue share or OPEX-based managed services. We have been successful in holding our place in certain geographies where the competition or collaboration with terrestrial was a huge challenge,” he said.

“And as I said in our introduction that with O3b mPOWER satellite, we really believe that we will go mainstream and that is the real transformation that we are aiming for that will have an impact on 5G,” Hamid stressed.