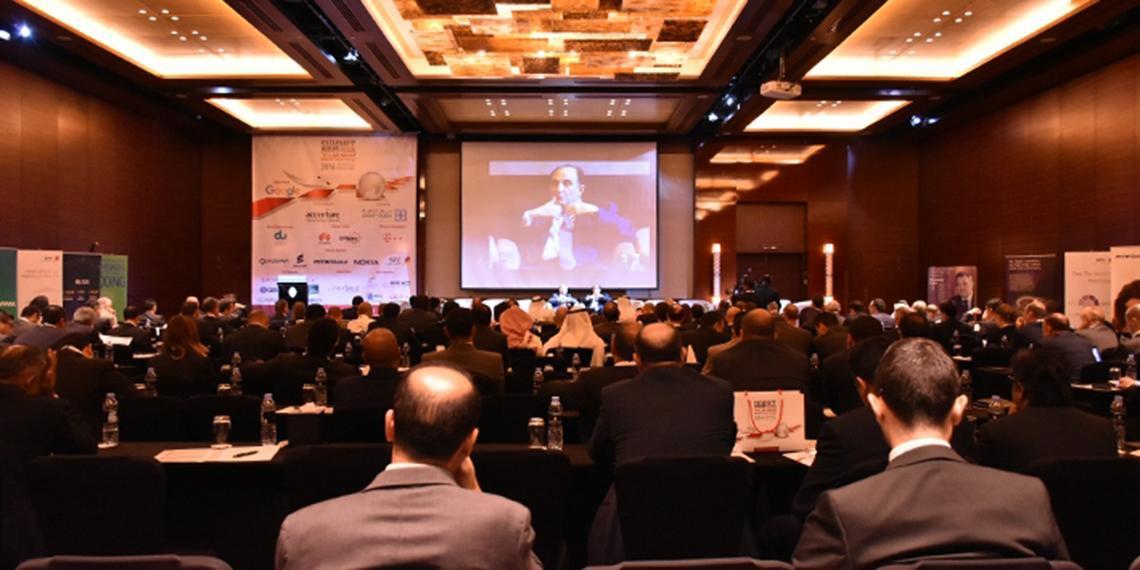 The biggest and most important names in the telecoms and ICT industry from the Middle East and beyond gathered under one roof at the 2015 Telecom Review Summit on December 13 2015, at the Intercontinental Hotel in Dubai.

This year it was all about ""smart"" networking and attracted over 200 C-level executives, including CEOs, SVPs, directors and business giants from operators, vendors, technology providers and consultancies who came together to discuss the most crucial issues facing them today.

The global event exceeded all previous year's attendance and was streamed live, worldwide, with thousands of people around the world joining the Summit. The live streaming was provided by Telecom Review's partner, Deutsche Telekom.

Editor in chief and CEO of Telecom Review, Toni Eid, opened the event by welcoming all the attendees and thanked them for being part of the day. Jeff Seal, editor in chief and managing partner, Telecom Review North America, continued by telling the attendees about the new demo area that was added this year so that attendees could see the latest products and services from around the world including du, Qualcomm, Commscope, IPT Powertech, Deutsche Telecom, Nokia and Comarch.

A keynote by Tom Loozen, managing director Global Communications Industry, Accenture, then followed as he shared his view on the telco industry today. He said: ""I believe there is a role for telcos to play which is primarily into operating from the middle, connecting with all the different entities in the ecosystem and bringing them together for prosperity.""

Following the keynote was a visionary debate with Ahmed Julfar, Group CEO, Etisalat, as he spoke with Ghassan Hasbani, CEO, Graycoats, and shared his views on the industry and Etisalat's position.

Speaking about the World Radio Communication Conference2015 held in Geneva, he said: ""Operators need more spectrum and the message is very clear: mobile is becoming more relevant than other media which is a good achievement for the industry. Today we have 7 billion connections globally for phones; internet of things is 5 billion connections so far but it is expected to go to 50 billion by 2019. To provide this connectivity we need to have a completely different model to address this huge requirement.""

Julfar went on to talk about Etisalat's progress and achievements and how we need to see other operators doing the same. He talked of the change from 30 years ago until today and how the pace of change is ten to twenty times faster which means that we need to have a different business model, operating model and collaborative approach.

He added: ""Telecom operators are always going to be relevant to the end user. Today operators have challenges with legacy issues and regulations. Today we have achieved our objectives of increasing connectivity and introducing competition so the objectives of regulators have to change.""

The summit continued with a keynote from Osman Sultan, CEO, du, who spoke about the digital revolution and what is yet to come. He spoke about the remaining challenges and said: ""I think that the main challenge is to be able to extract ourselves from the kind of ecosystems we are used to. If you consider companies like Facebook and WhatsApp, where no particular technology innovation, it was just focusing on a very good experience and a need of people but it was done through a totally different ecosystem.

""I'm still surprised on our inability to move faster and to catch up on the digital space. We could have done so many applications, but it has taken us a lot of time. That is the main challenge.""

This was followed by a keynote from Charles Yang, president, Huawei Middle East, who spoke about the value of the Middle East to Huawei's business and how the industry was in a state of transition.

Following the Telecom Leader's panel, the event featured an opening keynote on the smart city stream by Dr. Aisha Bin Bishr, director general, Smart Dubai, who gave key insights into Dubai's smart City objectives. She said: ""Smart Dubai provides a blueprint to a smart city for all stakeholders. From infasrastructure and data orchestration to service enablement and applications supporting improved city experience for all, we recognize that the smart city transformation would not be possible without the commitment of our strategic partners and valued collaborators across the public and private sectors. This year with the support of our partners we have completed the first phase of our mission to deliver over 100 smart initiatives and 1000 smart services for the city including the first ever smart district guidelines, a standard blueprint for all district developers ensuring seamless experience wherever you live and work in the city.""

Later on into the afternoon, the CEO of Amsterdam Internet Exchange, Job Whitman, gave a keynote regarding internet exchange. He said: ""We are seeing new continents coming online; the world is getting smaller and people are starting to look at internet exchange as a value. We have built a pretty successful model with approximately 760 connected parties today and we are the biggest single exchange making us an international success.""

""It is not as simple as just recreating the internet exchange wherever you are in the world; there are some environments not fit for an internet exchange. It requires carrier neutral datacenters which is a concept that doesn't exist in many countries but is definitely something that is needed. There needs to be a mature telcos market with many providers; you cannot build an internet exchange for two or three players, it is simply not necessary. You need cable systems. It needs to be in a location that makes sense. You also need a trust worth government and stable political environment which is really key to host global players such as Google. But the most important thing is that the parties connected trust the operator.""

See you next year!