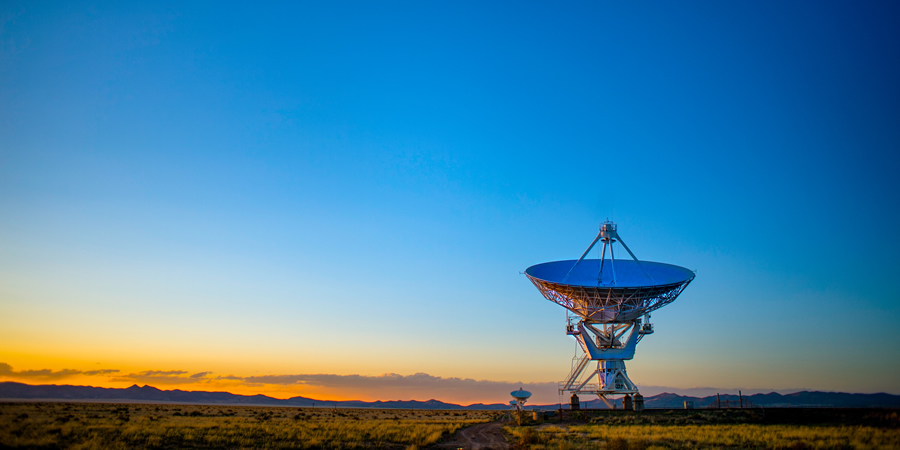 Over the last 2 decades, the internet has become an integral part of our lives and it is hard to imagine life without it. However, out of the 7.8 billion world population, 46% remain off the grid. At a time when the advancement of digitalization is opening business opportunities and enhancing communication, making internet connectivity available in hard-to-reach locations warrants a wholehearted approach by both public and private organizations of every nation.

In terms of global internet access, big differences exist from country to country. For instance, while 96% of South Koreans are connected online all the time, only 5% of people in central Africa use the internet.

While the broadband ecosystem will form the bedrock of post-COVID world communication, with reasonable access to broadband services as part of the new normal, the current state of internet accessibility is anything but that.

Satellite communication networks can be an integral part of the emerging and developing national and global information infrastructures by aligning the interoperability of satellite and terrestrial networks.

By beaming down signals from thousands of orbiting satellites in space, satellite technology can provide end-to-end cellular backhaul managed service for cost-effective 3G, 4G, and 5G coverage to rural areas and remote areas.

The usage of satellite connectivity may be applied to other areas of operation such as telemedicine for healthcare, supply chains for logistic companies, facilitating remote maintenance for public utility services, and so on.

Satellite networks can also dynamically distribute a single pool of capacity across an entire network of rural sites based on planned per-site demand while meeting quality-of-service requirements.

The telecommunication infrastructure is regarded as one of the fundamental factors for economic development. Especially in the case of very remote environments, it can be nothing short of a lifeline to enable access to telemedicine, government services, commercial opportunities, social infrastructure, e-learning, information and communication networks.

Conversely, while the construction of new fiber-optic networks can seem to be a logistical nightmare involving exorbitant expenses and a great length of time in setting up the infrastructure, innovative wireless internet solutions are increasingly being embraced as a viable alternative.

For instance, Tarana Wireless, based in Milpitas, California is using advanced computing power and the right algorithms in antennas that can send multiple signals to each customer, hop among the best-performing connections for each one, and combine them to strengthen the signal.

Tarana’s service can reach speeds of about 800 megabits per second, depending on the distance between customers from the antenna and the number of people using each one, which is much faster than satellite internet and suitable for home use.

In fact, MTN Group, a telecommunications company operating throughout Africa and Asia, has been experimenting with Tarana’s technology in South Africa, where about 5% of the 18 million households have fiber connections. In 2021, MTN aims to sell the high-speed wireless service, which it calls Unlimited Air Fibre, to 25,000 customers in South Africa, and plans to expand to countries such as Ghana, Nigeria, and Uganda.

Despite its set of disadvantages when it comes to relatively slower latency, higher costs of equipment and dependence on weather conditions, Satellite Internet is a safer alternative for businesses for the seamless communications that it can facilitate. In locations where terrestrial connectivity may be nonexistent, companies can still keep in touch with their different branches located anywhere in the globe through satellite Internet.

According to the report LEO Satellite Constellations and Broadband Access Implication by ABI Research, the satellite broadband market will reach 3.5m subscribers in 2021, grow at a CAGR 8% to reach 5.2m users in 2026, and generate US$4.1bn service revenue.

Even with innovative ideas initiated by companies such as Tarana Wireless, satellite broadband still lags behind in connectivity speed with an average period of latency between 500 and 900 milliseconds, which is much slower than a dial-up connection. What this means is that while this speed is great for internet activities such as reading, using e-mails or web surfing, it may not be optimal for applications that require real-time access, such as video conferencing, internet gaming, voice chats and VoIP telephone calls, etc.

Global players in the sector, such as SpaceX, OneWeb and Amazon are already putting their best foot forward in the development of their satellite internet programmes. However, various legal and broader regulatory challenges, including the approval of additional satellites, await streamlining before the technology can achieve its full potential to connect the world’s unconnected and underserved populations.

New research from Ofcom reveals that despite the pandemic being the catalyst in narrowing the digital divide in the UK, around 6% (around 1.5 million) homes do not have internet access.

If this can be the case in developed countries, clearly the efforts to bring global populations affordable high-speed internet service through satellites will require renewed cooperation among ICT players, governments and other partner organisations.

Promotion of digital literacy to ensure that people of all ages and backgrounds are empowered to share the benefits of the internet would be a good start.