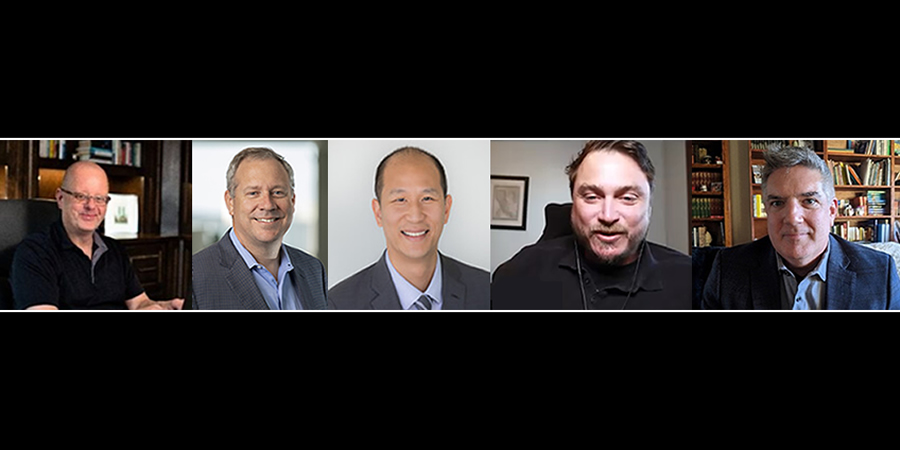 To start the discussion on the topic, Baron presented a set of stats by the Dell’Oro Group.
He said that the servers generally comprised more than half of data centre capital expenditure apart from other areas such as compute, storage, networking, power and cooling.
Dell’Oro projects server shipments up to 2025 at 6% compound growth, spread evenly across different buyer segments. According to Dell’Oro, in 2020, the top four US cloud providers –Amazon, Google, Microsoft and Facebook – accounted for more than a third of all global shipments of servers worldwide and looked set to increase this share over time as they continue to consolidate infrastructure.

“Over time, we are expecting faster growth coming from the top Chinese cloud providers. Cloud adoption in China is still behind the rest of the world. So there is a lot of upside potential. Plus the government in China is making a strong concerted effort to boost infrastructure spending in the long term,” said Baron.

Baron said that enterprises are likely to adopt multi-cloud deployment models, with mission critical workloads remaining on premise. “The pandemic was really disruptive to the industry and drove some enterprises to adopt a more nimble, flexible IT approach. We expect smaller enterprises to migrate to public cloud as their preferred IT strategy,” he added.

Baron felt that the way forward for the future of data centre growth was through the edge networking. “Edge could be a driver in infrastructure spending in the long term,” he said.

On the question of who would be the key investors in deploying these solutions? Baron felt that data centre investment would follow accelerated computing trends. “We have seen a proliferation of specialized processors, such as GPUs, FPGAs and custom accelerators, built by the hyper scalers, with growing demands in AI and ML related applications, he said.

“I believe we are still in the really early stages of transition to accelerated computing, and there's a lot more room for growth. The industry really needs to come together and simultaneously innovate in CPU design and system architecture as it relates to memory, storage, interconnects, heat dissipation, networking and application development,” he added.

Baron also touched upon the accelerated compute power in the form of the SmartNIC processors. “These are Ethernet adapters with an onboard programmable processor, such as the ARM chip or FPGA. Some of the major cloud service providers are deploying SmartNICs today, and we can see other cloud companies as well as enterprises and edge data centres potentially deploying Smart NICs in the future. We project as much as a quarter of the servers in 2025 to be equipped with this kind of device,” he explained.

After this presentation,  Baron started the first discussion that was on the ‘current trends and advances of technologies in a data center’ to try and explore the some of the benefits  of new platforms cloud providers can derive to delivering better ROI and enabling new applications.

Jonathan Seckler felt that the real benefit to the cloud providers and enterprises who are investing in data centers would have to be the increase in automation capabilities that their platforms are going to be giving them. “And that's been really important these past few years because automation and the need for a light’s out type data center, being able to work remotely is critical,” he said. He also pointed out that investing in new infrastructure rather than maintaining existing infrastructure for a longer period would prove to be beneficial in both performance and cost efficiency.

Jacob Rapp felt that CPUs had started outpacing network interfaces for a while now. “The processors themselves, even without SmartNICs on hand, are more than enough to handle all the networking and security virtualization techniques that we're doing. I think when we look at SmartNICs, it gives us an opportunity to extend that into different environments. You have these high-performance databases that you want to not run any type of agent on because you're very much focused on the performance of that platform. SmartNICs can air gap out a virtualization tier that we can develop on and distribute the networking security functions directly there as well,” he reasoned.

The discussion stirred towards exploring some vendors solutions with smart NICs, that could take some of the automation from network to the NIC itself.

Doug Gourlay said, “I think the race is effectively between a smart NIC vendor or a GPU vendor.  Whatever the dedicated core processing vendor is to build something that is more differentiated and significantly faster or more feature capability, has more business and technical value than that which is delivered in stock processor, as long as they continue to keep a reasonably wide gap there.”

In another key trend, data centres are becoming more and more decentralized. Jacob Rapp said that traditional perimeters were dissolving. “I’ve talked to various different security teams, and they thought it was easier when there was a hard perimeter. But actually the perimeter hasn't gone away, it's just turned into hundreds of micro perimeters, which might be a user connected to a SaaS application, to a public cloud, to a private cloud data centre and so on. So there's definitely a new edge.”

Doug Gourlay felt that networking at the edge had made the trust factor vital. “The location stops being relevant. But then the business needs visibility that they can trust in. I’m a big fan of the whole Zero Trust thing. The idea of creating micro perimeters around an asset and shifting it as close to the user as possible greatly reduces the blast radius impact of change,” he added.

In conclusion, Jonathan Seckler opined that in the end it was all about supporting people and felt that the process was there to enable the people. “The hardware, the software, it’s all there to enable the people who are doing the innovating in these data centres. The data centre of the future is autonomous, it manages itself because we really don't want people spending time on just keeping things running. The distributed idea, the edge is all about where people go to make innovation happen. We need to see a transition away from the idea of just being safe and more towards the idea of being agile so people can maintain the quality of the innovation that they're doing. It’s not just about keeping the trains running on time,” he added.