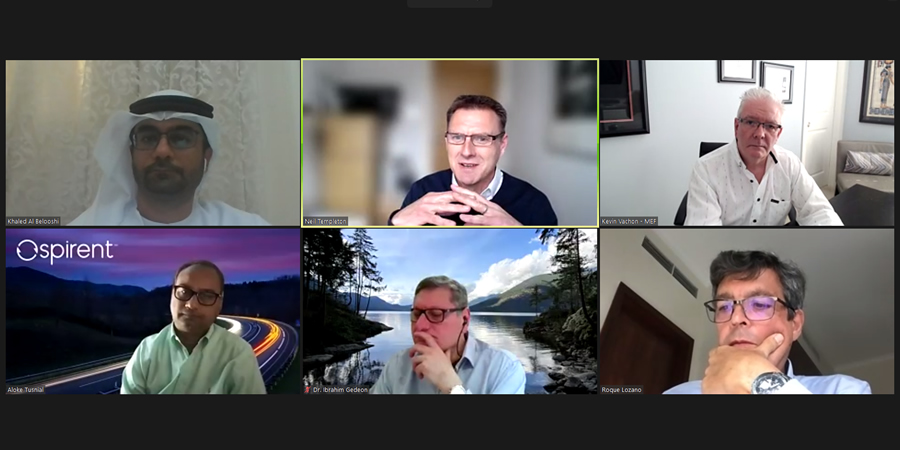 In the recent Telecom Review virtual panel about network automation and SD-WAN, panelists shared each of their own insights in delivering end-user agility, consistent quality of service (QoS), state-of-the-art security, and network reliability.

End-user (customer) agility involves understanding and predicting the customer needs, solving their problems, and putting customers in control. With SD-WAN and automation, the desire of end-users to be self-provisioning emerge.

Neil Templeton, Vice President Of Digital Innovation Marketing at PCCW Global, said: “It’s becoming an environment for automating not just at the network layer, but the application layer, and we’re also working on the settlement layer as well, which is a vast ecosystem of service providers.” Neil cited how they transformed from a network provider into an open platform business through ConsoleConnect.

Customers basically want to find, get and pay for the services they want, when they want them. In line with this, Roque Lozano, SVP IP & Optical Networks, MEA, Nokia, said: “The user experience is wide. If you don’t match it, they will never trust any type of new services. I think SD-WAN is a good feat for the users and enterprise segment that combine, as I said, the agility and independence of the user to define their own network and the security of the carrier-class.”

In terms of ensuring the same QoS throughout the ecosystem as more people go towards the cloud, collaboration and innovation can be done. Aloke Tusnial, Vice President Of Cloud Business And Solutions at Spirent said: “I think with the payload-independent APIs … if we put the right amount of SLAs on there, if we put in the right amount of testing out there, we make sure that we actually look at it at an end-to-end perspective, hopefully, very soon, we’ll get an environment where maybe PCCW Global is providing the interconnectivity, TELUS is on one side of the antenna and Etisalat is on the other side, and you can actually provide a full SLA-based SD-WAN connectivity, all the way from Canada to UAE.”

Khaled Al Belooshi, VP Fixed Networks, Etisalat, explained that as part of their SD-WAN initiatives, zero-touch deployment and end-to-end service orchestration are offered to end-users. On the other hand, Kevin Vachon, MEF chief operating officer, mentioned that the scope of orchestration has grown, but the automation process is slower for everybody. Reasons such as lack of IT resources, ambitious business case, and awaiting for OSS/BSS upgrade deprive the adoption.

Sharing how TELUS started its SD-WAN journey in 2016, Dr. Ibrahim Gedeon, CTO, TELUS, said: “The motivation for us is to mix and match network connections; this is the business case. Being able to go cable, DSL, or fiber and kind of redefining how business connectivity is doing. And then we added all the new software stacks in the BSS and OSS to get that automation.”

Both TELUS and PCCW Global noted that SD-WAN requires them to collaborate their teams together, particularly within a distributed environment which is the cloud. Aloke raises the question about determining security policies that can propagate the same QoS across everyone.

He clarified that: “As you move more and more stuff into the edge, you are getting more decentralized; which means security becomes a big challenge. You can’t put security in one point. You are not VPN-ing everything to one secure place and ensuring that the traffic that goes between them is all secure.” This is the reason why the secure access service edge (SASE) is also a driver for SD-WAN.

Dr. Ibrahim also noted that CPEs are still needed despite the transition towards the cloud. In response, Aloke highlighted the benefit of the cloud in delivering CPEs. “Thanks to the partnership we have with MEF on the certification space, we see more and more of that is SD-WAN providers are now trying to get CPEs that will work on the edge cloud. So instead of trying to ship the CPEs to a customer’s premise, you basically put it on the edge and then you have a software agent that’s running on the edge so you don’t have to deliver a CPE to everyone.”

In a nutshell, the SD-WAN industry is now moving into a cadence. Despite networks becoming more complex, QoS can be achieved. “If we all work together, that day is not very far. We can actually achieve that,” concluded Aloke.