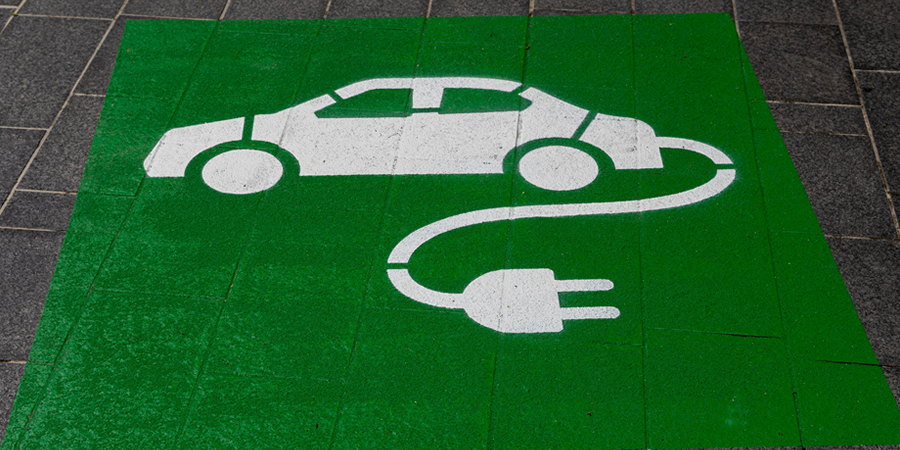 The use of electric vehicles as a means to cut transport emissions and ride over the fluctuating price and availability of oil is gaining momentum worldwide.

The tightening CO2 emission standards in Europe and China have resulted in carmakers racing to develop electric cars. Even luxury carmaker BMW is planning for half of its sales to be fully-electric models by 2030. The company’s sustainability goals include reducing its CO2 emissions from the entire lifespan of its vehicles - from raw materials and production process to their use on the road - by a cumulative 200 megatons by 2030.

Other auto companies, to name a few, joining the e-vehicle route are Volkswagen and General Motors. VW has already developed its platform for production while GM has plans to exclusively offer electric vehicles by 2035. As per market reports, despite the pandemic, deliveries of EVs grew year-over-year in 2020 by 43% globally.

Tech giants eyeing EV sector
Many tech companies are collaborating with carmakers in the hopes of gaining from the potential market opportunity for software applications such as autonomous driving.

Chinese tech giant Huawei is planning to make electric cars under its brand and the company has filed two patents in the technical field of electronic circuits and power electronics technology. Huawei has been developing technologies for EVs for years including in-car software systems, sensors for automobiles, and 5G communications hardware.

The company has been awarded patents related to EVs, including methods for charging between electric vehicles and for checking battery health.

Xiaomi, one of the world's biggest smartphone makers recently announced that it will invest $10 billion over the next decade in a subsidiary dedicated to electric vehicle production. However, details of the company's strategy for entering the automotive market on whether it will focus on manufacturing or software have not been revealed. Apart from smartphones, Xiaomi also makes a range of gadgets including CCTV cameras, electric shavers, and toothbrushes, light bulbs, watches, and scooters, etc.

Moreover, Apple CEO, Tim Cook mentioned recently "internal investigation" for projects going on in the company but again was not forthcoming whether it would be an automotive project. Apple has not confirmed any vehicle project and is also not clear if it will make cars or the gadgets to be used inside them. However, rumours about the company meeting with automakers including Nissan and Hyundai about partnering on a vehicle are already out. Some reports also suggest that Apple has patented some vehicle features, such as sending alerts to drivers, reducing motion sickness, and climate controls.

Sensing the tailwinds, as an initiative to fight climate change through its services, search engine giant Google has announced climate-focused changes to be implemented in the Google Maps app. The app will prompt drivers to take routes that generate the lowest carbon emissions based on traffic, slopes, and other factors. The company has said that the feature would be launched in the US sometime this year and would be available to other countries.

Bridging the transition
Interestingly, this gradual transition from internal combustion engines to electrical engines for vehicles will warrant a change in the architecture and role of information and communication technology (ICT) for the vehicle of the future.

Studies have shown that ICT, in the form of electrics, electronics, and software in vehicles, has become essential for the automotive industry. The studies state that when it comes to electric vehicles, ICT forms the backbone for all functions and that the architectures and technologies for vehicle ICT must be ready for innovations.

The adoption of e-vehicles may seem to give a picture of a perfect world with low emission and clear blue skies but it does not come without some challenges; that is where the ICT industry will have a bigger role to play.

Cellular connectivity: Electric cars need to be charged and recharged time and again. Drivers cannot afford to miss charging stations when they are out on the road. They would have to be informed about the nearest charging stations. Mobile communication will have a big impact in enabling charging stations with cellular connectivity so that drivers can locate and reserve charging spots for their EVs, thereby saving stress and time on the road. Newer networks based on 4G and 5G technologies offer benefits in terms of real-time operation, including low latency and long-term availability.

Cybersecurity challenge: Electronics are an integral part of e-vehicle control. There is a major shift from hardware to software in the automotive industry.  However, because of software configuration, there is an increase in vehicle connectivity options, leading to automotive cybersecurity exposure. Malicious players can have access to electronics controlling engine ignition, acceleration, steering, and braking that have the potential to endanger lives and even damage the reputation of carmakers. ICT players in the cybersecurity space would do well in developing security protocol standards in the security of vehicle-accessible external devices, in-vehicle system intrusion, detection, the security of vehicular edge computing, and security-focused big data analytics for connected cars.

Energy demand management: The adoption of electric vehicles will increase the strains on electricity supplies and networks. The environmental performance of electric cars relies on the supply of electricity from non-polluting energy sources. Reports show that energy and telecommunications services are increasingly intersecting. ICT solutions like smart grid technology that blends electricity provision and consumption with advanced communication requirements have to be incorporated in the e-vehicles ecosystem. An open-access provision allowing smart meter service providers and utilities access to data capacity over telecommunications networks is crucial for the environmental and commercial success of the electric vehicle market.

A bright future?
The UAE’s first ultra-fast electric vehicle charging stations have already been installed. Such installations are expected to promote the mass adoption of EVs to improve air quality and reduce vehicular pollution in support of the UAE’s sustainability ambitions.

The Emirate also launched a fleet of environmental-friendly Lithium Titanate Oxide (LTO) electric buses powered by the fastest charging lithium battery in the world – the LTO battery – which can be charged in less than 20 minutes. According to reports, replacing one diesel bus with an electric bus is the equivalent of reducing harmful emissions from 27 passenger cars driven for one year and 12,175 gallons of diesel over ten years.

Analysts say that the EV industry is set for a $5 trillion market opportunity over the next decade accelerated by the pent-up demand globally around electric vehicle technology.

All this sounds like a good enough reason for the ITC industry to brace for an inevitable future of electric-powered mobility systems.