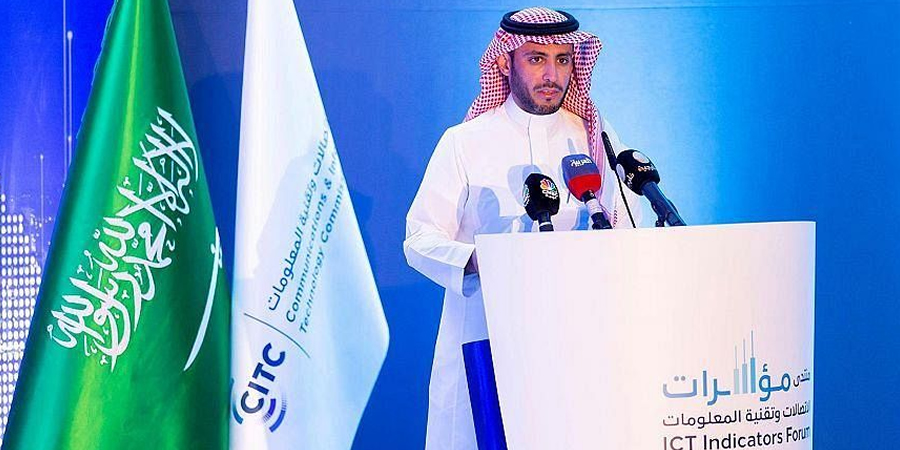 Dr. Al-Tamimi described the telecommunications market in the Kingdom as the most developed and largest market in the Middle East and North Africa (MENA) region. In detail, the size of the telecommunications market in the Kingdom was estimated at SAR 70 billion,  while the information technology market is valued at SAR 64 billion and the size of the postal market is worth SAR 6.4 billion. Moreover, the estimated market value of telecom companies reached SAR 246 billion.

The Governor also added that the ICT sector, along with the postal sector that has recently joined the commission’s regulatory responsibilities, contributes to the Kingdom's GDP by 5.5 percent.

With the initiatives from the Minister of Communications and Information Technology and Chairman of the Board of Directors of the CITC, Eng. Abdullah Al-Sawaha, there has also been an increase of digital infrastructure investments over the past three years to more than USD 15 billion in partnership with the private sector.

As a matter of fact, the number of homes connected to the optical fiber network within KSA reached over 3.5 million and the 5th generation networks exceeded 12,000 towers in more than 51 cities and governorates in the Kingdom. Aside from that, there are more than 60,000 free Wi-Fi points provided in public places around the country.

It is worthy to note that digital transformation is considered a cornerstone for achieving the Kingdom's 2030 vision for a vibrant society, a thriving economy, and an ambitious nation.