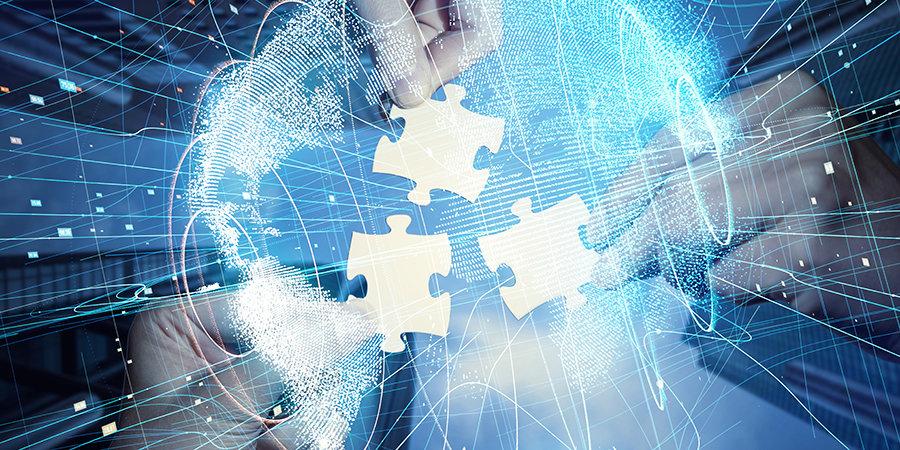 Mergers and acquisitions (M&A) activities have long been an essential part of the telecommunications market. Following the global economic crisis in 2008 and 2009, global M&A has recovered with a remarkable increase in deals completed annually over the past decade. In the MENA region, M&A has been on telecom executives’ agenda and is set to accelerate in the coming years.

Amid the fast pace of technological innovation, mergers and acquisitions can expand product portfolios, provide access to new technologies and markets and fend off competitors.

According to a survey by Deloitte, companies choose to pursue mergers and acquisitions for several reasons, namely technology acquisition cited as the number-one strategic driver by 20 percent of survey respondents, expanding a customer base in existing markets (19 percent), and increasing/diversifying product offerings and services (16 percent). Other reasons include entering a new regional market, acquiring talent, and investing in certain technology capabilities such as artificial intelligence for example.

Total technology industry M&A deals in Q2 2020 worth $65.23bn were announced globally, according to GlobalData’s deals database. The value marked an increase of 27.2% over the previous quarter and a drop of 11.3% when compared with the last four-quarter average, which stood at $73.54bn.

Comparing deals value in different regions of the globe, Europe held the top position, with total announced deals in the period worth $28.52bn. At the country level, the UK topped the list in terms of deal value at $19.83bn.

In terms of volumes, North America emerged as the top region for technology industry M&A deals globally, followed by Europe and then Asia-Pacific. The top country in terms of M&A deals activity in Q2 2020 was the US with 395 deals, followed by China with 91 and the UK with 84.

According to a report by Strategy&, North America and Europe remain the most active regions, accounting for 68 percent of the value of all transactions since 2010. Asia accounted for 18 percent, while the MENA region represented just 1 percent. Operators in the U.S. and Europe contributed 49 percent of the total capitalization of acquired companies, versus 7 percent for MENA operators.

2019 saw several acquisitions announced in the Middle East. One of the major M&A in the region was sealed last year between Uber and Careem whereby Global ride-hailing giant Uber joined forces with its Middle East competitor Careem and bought it for $1.3 billion.

In the same context, Etisalat signed an agreement to acquire 100% of cybersecurity firm Help AG business in both Saudi Arabia and the UAE. Etisalat Group announced that the acquisition goes in tandem with the Group’s digital strategy in terms of digital portfolio diversification and expedition of the current cybersecurity activities. In addition, it aims to further strengthen the Group’s expansion plans across the region.

Given the challenges presented by COVID-19 in 2020, M&A activities in the Middle East were slow, but the major acquisition in process expected to be finalized soon is the acquisition by stc of a 55% stake in Vodafone Egypt. stc signed a non-binding agreement in January to buy the majority stake but extended the process in April by 90 days, citing logistical challenges caused by the coronavirus. stc is extending this again for the same reasons.

A major M&A trend has surfaced in the past couple of years where operators expand into digital adjacencies. They establish their own venture capital funds to support the development of interesting companies in adjacent industries. That way, operators nurture the growth of startups until they become suitable targets for acquisition. This process allows operators to acquire both the developed idea or technology and the talent.

Digital transformation plans can be on top of the list of reasons why telecom operators are and will seek mergers and acquisitions. “The next wave of M&A in MENA will be fueled by the aspirations of regional telecom operators to offer ICT services, specifically those focusing on advanced B2B solutions and digital or adjacent consumer plays. This is likely to occur in one part of the MENA region, the countries of the Gulf Cooperation Council (GCC)”, reads the report by Strategy&.

M&A and joint ventures are the most promising paths that operators should take to achieve inorganic growth which will strengthen their market positioning. However, it is also important to maintain post-merger or post-acquisition governance in order to sustain the growth achieved.

Seeking digital excellence nowadays is the ultimate goal at times when technology has proven its importance. M&A activities can be one of several ways - and perhaps the fastest - that can lead to achieving it.