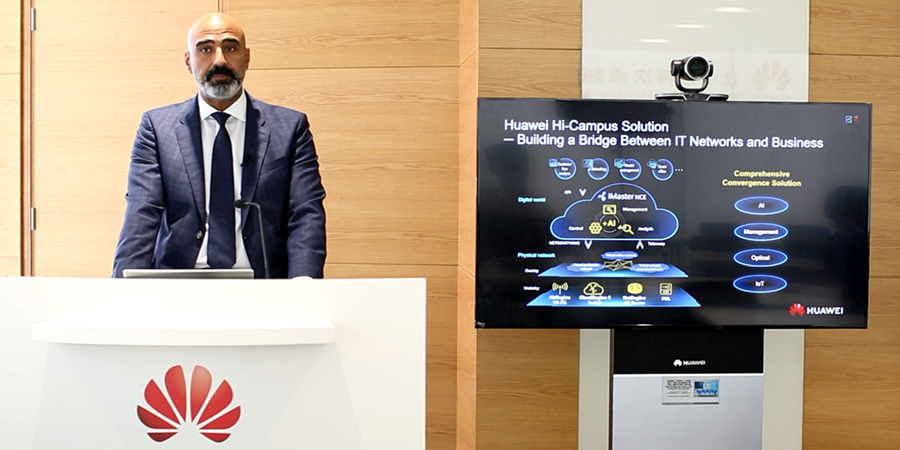 In an increasingly digital world, new technology is needed to better handle the vast amounts of data that will be generated. With expected growth of 430% over seven years, from 33 zettabytes in 2018 to 175 zettabytes by 2025, data will be a core component of tomorrow’s fully connected, intelligent world. To put that into perspective, if you were to download 175 zettabytes, you would need 175 billion terabyte drives. WiFi 5 was fine for the connectivity needs of yesterday, but tomorrow’s world needs the advanced abilities of WiFi 6.

While current WiFi standards will remain relevant for the quantities of data generated by most home users for the time being, areas of intense connectivity – offices, entertainment and sports venues, airports, educational institutions, hotels and so on – will undoubtedly benefit from WiFi 6. With the ability to support four times higher network bandwidth and user concurrency than WiFi 5, WiFi 6 is the solution to providing a heightened user experience and empowering corporate connectivity. It has already been adopted by a growing number of enterprises, schools, hospitals and other pioneers to connect everything on their campus networks. These early adopters use WiFi 6 to deploy innovative applications such as 4K/8K HD video conferencing, virtual and augmented reality (VR and AR) interactive teaching, telemedicine and intelligent robots.

The increasing popularity of WiFi 6 amongst global organizations was noted in the latest report by Dell’Oro Group which examines 2019 – the first year that WiFi 6 went into commercial use. According to the report, the overall revenue of the global WiFi 6 market grew explosively in the first three quarters of 2019, growing to 30 times that of 2018, while revenues for WiFi 4 and WiFi 5 decreased slightly.

At Huawei, we’ve spearheaded the shift to WiFi 6 by helping enterprises to build networks without coverage holes, provide services with no waiting time and achieve no packet loss during roaming. Between Q3 2018-2019, Huawei ranked number one in the share of the global WiFi 6 indoor access point market (excluding North America) through its provision of quality services for customers across sectors as diverse as government, education, retail, healthcare and manufacturing. Huawei's contribution to WiFi 6 standard proposals is also the highest among device vendors.

Moreover, Huawei’s AirEngine WiFi 6 is unique in its ability to slash network latency from 30ms down to just 10ms, as a result of built-in 5G-powered antenna and algorithm technologies. With such low latency, wireless 4K HD conferences are conducted with seamless connectivity. It also eliminates any dizziness from the VR/AR experience and results in zero packet loss during AGV roaming. Huawei AirEngine APs are also the industry's only APs with 16 spatial streams and therefore achieves a throughput rate of up to 10.75 Gbps, delivering fiber-like network experience for heavy-traffic service. This is complemented with AI & Bigdata based proactive O&M to focus on user experience in a WiFi network rather than network elements using Campus Insight.

In today’s world, with more people working from home than we have ever experienced before, WiFi 6 can power remote collaborative offices that are able to support up to 400 concurrent users, and enable seamless anytime working via mobile apps. But even when things return to whatever our new normal may be, WiFi networks will remain central to not only the efficiency and connectivity abilities of offices, schools, hotels and more, but to their digital transformation.

Reliable, data-capable WiFi 6 networks will offer fast speed, low latency and high stability even when challenged with excessive usage. This ensures service continuity for all users, at all times – because there is nothing more frustrating than experiencing lag on a conference call, buffering during a live video broadcast or an outright internet outage due to lack of bandwidth.