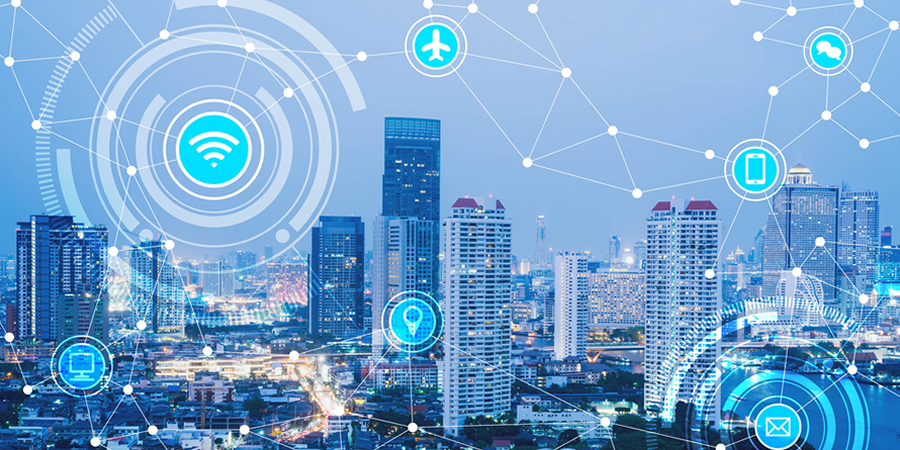 It is no surprise that technology has radically changed the way we go about our daily lives. Our hyper-digital world has seen the rapid shift from rural to urban, greater smartphone adoption, an increase in intelligent devices per individual, tech-savvy consumers and connected services.

Living in a tech-driven society has enabled most consumers all over the world to enjoy the luxuries and ease that come with technology. Technology essentially adds a layer of convenience to our lives. However, this is the case for tech-savvy consumers, so what about the countries or the people who are lagging behind?

Humanism, at its core, is a rationalist (yet antiquated) outlook on life through which importance is placed on the human rather than the supernatural or other spiritual matters.

When applying this philosophy to the context of our current hyper-digital reality and combining ‘digital’ and ‘humanism’ in a single term, you are faced with a totally different definition.

Paris-Sorbonne, university professor of Digital Humanities, Milad Doueihi, defined it as: “The result of a hitherto non-experienced convergence between our complex cultural heritage and a technology that has produced a social sphere that has no precedent.”

“This convergence, instead of simply forming a link between antiquity and now, has redistributed concepts, categories and objects, as well as behaviors and associated practices, all in a new environment.”

To put it simply, digital humanism refers to the current postmodern condition whereby technology, on a global scale, has become a culture which has created its very own context in an increasingly globalized world.

In fact, this is not an entirely new idea. Many academics speculated this phenomena, such as the likes of Sherry Turkle, who wrote a book titled ‘The Second Self: Computer and the Human Spirit’ within which she depicted the computer as more than just a tool and emphasized its potential effects on the daily and physiological lives of human being. Indeed, technology has fundamentally and absolutely altered the ways in which we communicate with one another and the landscape of our professions, among many other aspects. This will, for a fact, persist to be the case within smart communities. Before delving into the concept of smart communities, it is of the essence to establish how the ‘smart city’ fits into all this.

Smart cities, a byproduct of rapid urbanization, innovation and tech adoption, incorporate emerging technologies into a given city’s public infrastructure such as transportation, utilities, street lighting and traffic management systems, in an effort to enhance the lives of its citizens in terms of the quality of life and services offered to them.

The United Nations (UN) has forecasted that by the year 2050, 68% of the world’s population will reside in urban areas and most of this increase is expected to occur in Africa and Asia.

The integration of digital technologies into smart cities of the future could prove to be significant in enabling greater social inclusion. This can be done by implementing technology which would essentially bridge the digital divide proven to be a major issue for both developed and developing countries alike.

According to the International Telecommunications Union (ITU), digital inclusion is ensuring that all people are empowered regardless of gender, age, ability or location to “equally benefit from the opportunities offered by ICTs by promoting ICT accessibility to create a more inclusive digital society.” Social inclusion is key here as smart city infrastructure’s main purpose is to act as an enabler. Otherwise, smart cities would be rendered useless.

A big challenge which could often stem from smart city planning would be that the enthusiasm for the new technologies might not necessarily be in line with the public’s interest. Being an early adopter of emerging technologies is seen as a positive thing in that it will ensure that the smart city’s residents will enjoy the benefits presented by these investment sooner rather than later. However, it could be that in some cases it may be difficult to serve all segments of that given city. One of the problems here is that in low-income areas, there will be fewer technology assets which would mean less deployment of smart city technologies. This may lead to issues such as a lack of smart surveillance for instance, furthering the digital divide between the fortunate and the less fortunate.

Cities must reach out to residents in an effort to identify ways to not only educate them about smart city technologies but also to be educated themselves by the citizens, to understand the gaps. A co-creative process and dialogue will give public sectors the change to ensure that smart city investments are worth it. Indeed, tech adoption does not come cheap; the International Data Corporation found that cities (on a cumulative global scale) will spend around $158 billion on smart city technologies by 2022.

A way to ensure that smart city technologies are inclusive and equitable would be, for instance, to prioritize projects which reduce inequities. Portland, Oregon, in the United States, has put measures in place to ensure that the technology which is being adopted in that region is people inclusive. Portland’s “digital inclusion network” meets with officials from private enterprises, community groups and libraries to remain informed about the city’s requirements.

Another example of digital inclusion initiatives and the encouragement/establishment of smart communities would be in the city of Philadelphia where engaging with the public was a key part of the city’s smart city strategy. The goal behind this initiative was to enhance the city’s social, economic and environmental aims. The Digital Literacy Alliance, which was funded by tech giants Verizon and Comcast, has also been working towards improving the city’s digital literacy rate among residents.

It is of the essence to ensure that the technology that is being developed and implemented in smart cities is guided by strong value because failing to do so will result in missed opportunities to harness them for the benefit of society and humanity in general.

Humanity should be at the very center of technological invention and innovation whereby artificial intelligence can be used to complement human intelligence.

As author Jaron Lanier put it in his book ‘You Are Not a Gadget’, “The attribution of intelligence to machines, crowds of fragments, or other nerd deities obscures more than it illuminates. When people are told that a computer is intelligent, they become prone to changing themselves in order to make the computer appear to work better, instead of demanding that the computer be changed to become more useful.”

While this approach to artificial intelligence is somewhat extreme, it is a must to consider that such a technology should reduce the margin for error of human intelligence rather than replace it.

Another issue to consider here would be digital trust. Developments in emerging technologies must ensure that trust is maintained and that data is being used in an ethical manner. Indeed, the introduction of data analytics has changed the landscape of our society. However, if it is not used properly, it has the ability to do more harm than good. Consumers and regulators alike must ensure that transparency is key in this situation.

Privacy is a fundamental human right, especially in the democratic world, and it must be guaranteed. This area will only become more and more vital to our environment and communities as the use cases and usability of big data and analytics will increase with time.

Technology has become a culture. It is so embedded into our culture that most of the world cannot live without it. Innovating technology whilst removing individuals from the picture defeats the entire purpose of smart cities. A materialist worldview that reduces the human to a reduced entity must be reversed. The two entities can co-exist and complement one another.