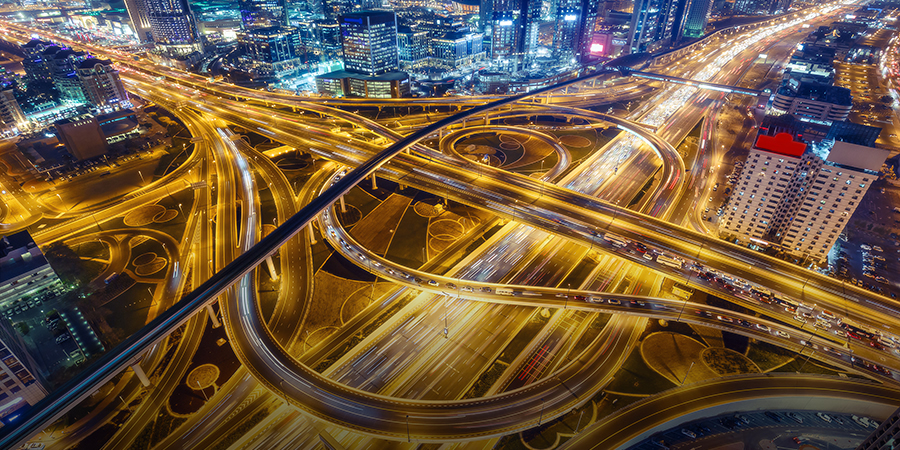 We are in the midst of the fourth industrial revolution, the most advanced revolution of all time which has been driven by the creation and adoption of emerging technologies such as 5G, artificial intelligence (AI), machine learning (ML), the Internet of things (IoT), as well as augmented/virtual reality (AR/VR), among others.

We experience these technologies on a daily basis. From the ubiquitous smartphone which has essentially become an extension of ourselves, many of which have AI sensors built into it, to traffic management systems and surveillance which have incorporated the use of sensors and data analytics, we as consumers and as a society are reaping the benefits that have emanated from emerging tech.

The area that has been impacted the most by this surge in technological development, adoption and innovation would be enterprises. For instance, it has been widely speculated that 5G, the next generation network technology, will impact enterprises more than it will consumers. 5G, once properly deployed, will pose a tremendous opportunity for enterprises. Some of these opportunities include the network’s ability to handle immense amounts of data, which will allow for real-time services as well as the potential for greater accuracy and efficiency of business operations across almost all industries.

Over the past decade, the Middle East’s GCC region has been striving towards deploying smart city technologies.

His Excellency Falah Mohammad Al Ahbabi, chairman of the Department of Municipalities and Transport in Abu Dhabi, commented on the city’s progress in digital transformation and said, “The innovation and optimal use of modern technologies and data is the cornerstone of establishing future cities which Abu Dhabi seeks to achieve in order to establish its position as a global centre for sustainable information infrastructure.”

He added, “Keeping pace with urbanization, technological development, and the creation of smart cities, will enhance the well-being of citizens, residents and visitors. This will contribute towards an ideal and healthy environment for living and working, in a manner that provides successive generations with a healthy, satisfying and safe life.”

Indeed, the UAE has adopted a great deal of smart city initiatives such as 5G, hyperloop and smart government services like the UAE pass. In fact, it has been forecasted that by 2024, the MEA region’s market for smart city technologies will be worth $2.7 billion.

The UAE has been working towards this for some time now and there are currently a number of government initiatives underway such as the UAE Energy Strategy 2050, Surface Transport Master Plan, Abu Dhabi’s Economic Vision 2030, Dubai Smart City Project, Dubai Plan 2021, to name a few.

In fact, as far back as 2006, Abu Dhabi began planning Masdar City which was the Middle East’s first attempt to build a sustainable city. Masdar City has worked towards optimizing solar energy through maximizing efficiency, integrating all aspects of city life and minimizing the use of transportation, limiting the height of buildings and providing an efficient and environmentally friendly ecosystem. A variety of technologies were used to achieve this project. They combined different technologies and architectural designs and used solar energy.

Also, in 2018, Abu Dhabi’s Department of Urban Planning and Municipalities launched the pilot phase of the Zayed Smart City Project, a five year project (2018-2022) which involves managing infrastructure through the use of emerging technologies.

Another major city in the UAE, Dubai, has taken significant measures to ensure it is constantly on track with the latest smart city technologies and have greatly prioritized its digital transformation strategy to be on par with the latest and greatest in tech.

Dubai has implemented a lot of initiatives to digitally transform public services, urban planning, healthcare, education, electricity, transportation, communications and infrastructure with the aim of improving the lives of its residents in every way possible.

Etisalat’s head of Energy and Utilities stated, “Smart cities that combine state-of-the-art 5G technologies with artificial intelligence and the internet of things will see the biggest benefit in digitally transforming the society and economy, in addition to supporting the country’s leadership to progress its sustainability agenda.”

A major area within the city of Dubai would be the Expo 2020, with the aim of being the most connected place on Earth. UAE-based operator, Etisalat has been working towards covering the entire area with 5G.

Additionally, in terms of infrastructure and connectivity, Dubai has introduced public WiFi, smart parking, electric car charging stations, smart power grids, traffic monitoring and the use of blockchain in business ledgers and consumption and billing services.

“The Fourth Industrial Revolution is characterized by a considerable surge in new digital technologies and artificial intelligence. This trend has created a significant impact upon urbanisation and has played an essential part in the establishment of smart cities. With innovation harnessing enhancements across numerous areas of modern life, it is natural that technological advancements are applied to the places closest to us, in our homes and communities,” said H.E. Falah Mohammad Al Ahbabi.